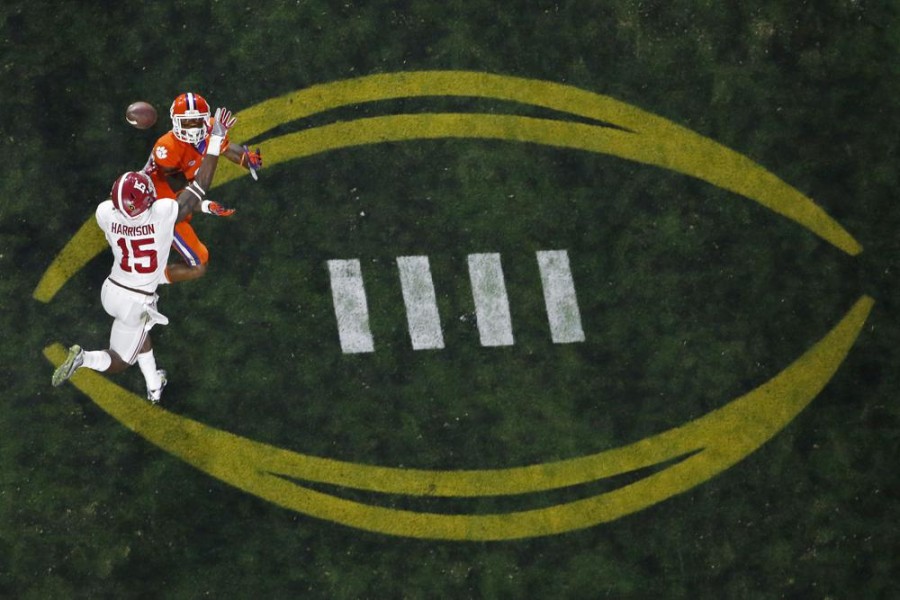 FILE - Alabama's Ronnie Harrison (15) breaks up a pass intended for Clemson's Artavis Scott during the second half of the NCAA college football playoff championship game in Glendale, Ariz., in this Monday, Jan. 11, 2016, file photo. The College Football Playoff would expand from four to 12 teams, with six spots reserved for the highest ranked conference champions, under a proposal that will be considered next week by the league commissioners who manage the postseason system, a person familiar with announcement told The Associated Press on Thursday, June 10, 2021. The person spoke on condition of anonymity because the CFP has not yet released details. (AP Photo/Ross D. Franklin, File)
Related Articles
Hawks, Nuggets hope home court provides edge in semifinalsJudge rejects effort to return MLB All-Star Game to GeorgiaCollege Football Playoff considering expansion to 12 teamsUnited's Hyndman suffers torn ACL
Contact Editor

The CFP’s surprising announcement outlined a plan that would triple the number of teams that enter the postseason with a chance to win it all.

Even if the format is adopted — no earlier than this fall — there was no indication in the proposal about when an expanded playoff could be in place. The soonest would seem to be for the 2023 season, but it is probably more likely to be after the 2026 season.

A selection committee would still be involved, and the proposed 12-team playoff would not limit how many teams can come from any one conference. The four highest-ranked conference champions would receive first-round byes and teams 5-12 would face each other in four games played on campus sometime during the two-week period following conference championship weekend, typically early December.

The plan calls for no re-seeding of the bracket as teams advance. Quarterfinals would be hosted by bowl games on New Year’s Day —- unless that falls on a Sunday, in which case those games will be played Jan. 2 — and an adjacent day.

The semifinals would also be hosted by bowl games, as is the case now.

The proposal includes no dates for semifinals and the championship game to be played, but did indicate the semifinals would not be played as a doubleheader on a single day.

Currently six bowl games have a three-year rotation for hosting the semifinals and the championship game site is open to bidders, similar to the what the NFL does with the Super Bowl. The current semifinal bowl rotation includes the Rose, Sugar, Orange, Fiesta, Cotton and Peach bowls, not they are not guaranteed to be hosts in the proposed expansion plan.

“The process for selecting the six bowls that would rotate as hosts of the quarterfinals and semifinals (is) still to be determined,” the CFP plan said.

The proposal will be considered by the full CFP management committee in Chicago on June 17-18.

The group has been working on an expansion plan for almost two years and it might have been put forth sooner if not for the pandemic.

“The four-team format has been very popular and is a big success,” the members of the four-person working group said in a statement. “But it’s important that we consider the opportunity for more teams and more student-athletes to participate in the playoff. After reviewing numerous options, we believe this proposal is the best option to increase participation, enhance the regular season and grow the national excitement of college football.”

If the presidents sign off, the next step is determining over the summer whether the plan can be implemented and when. The final approval would likely come in September.

The College Football Playoff is entering year eight of a 12-year agreement with ESPN. The deal doesn’t lock in a format but an assumption has been that any changes would come after that deal expires following the 2025 season.

CFP executive director Bill Hancock has said no changes to the CFP format could be made this season or in 2022.

The four-team playoff was implemented in 2014, a natural progression from the Bowl Championship Series, which matched No. 1 vs. No. 2 in the title game from 1998-2013.

The playoff’s popularity seems to have waned as only a few teams have grabbed the majority of the spots since 2014. Alabama and Clemson have each made the playoff six times in seven years. Ohio State and Oklahoma have each been selected four times. That’s 71% of the playoff spots to just four of the 130 teams that play major college football.

A 12-team field with six spots reserved for conference champions would guarantee at least one team from outside the Power Five conferences would be in the playoff each season. The Group of Five has never had a team crack the field of four or been particularly close. 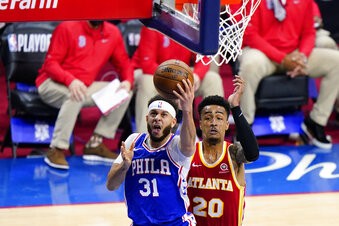 Hawks, Nuggets hope home court provides edge in semifinals
The Atlanta Hawks will attempt to extend their 13-game home winning streak when they play the Philadelphia 76ers in Game 3 of their Eastern Conference semifinal. 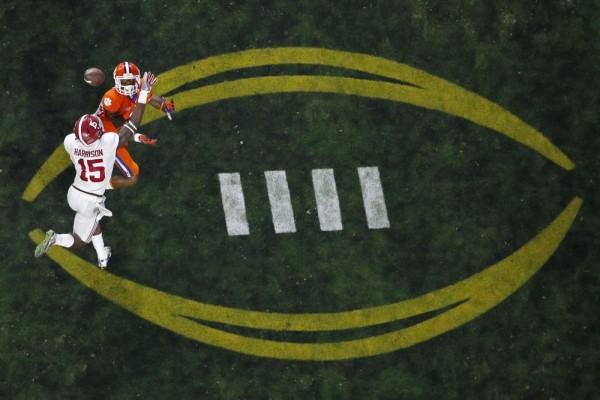 College Football Playoff considering expansion to 12 teams
The CFP’s surprising announcement outlined a plan that would triple the number of teams that enter the postseason with a chance to win it all.
Sports

Hawks, Nuggets hope home court provides edge in semifinals
The Atlanta Hawks will attempt to extend their 13-game home winning streak when they play the Philadelphia 76ers in Game 3 of their Eastern Conference semifinal.
By Charles Odum 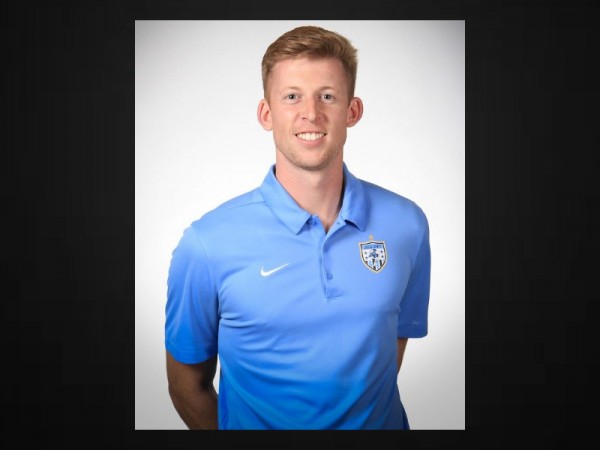