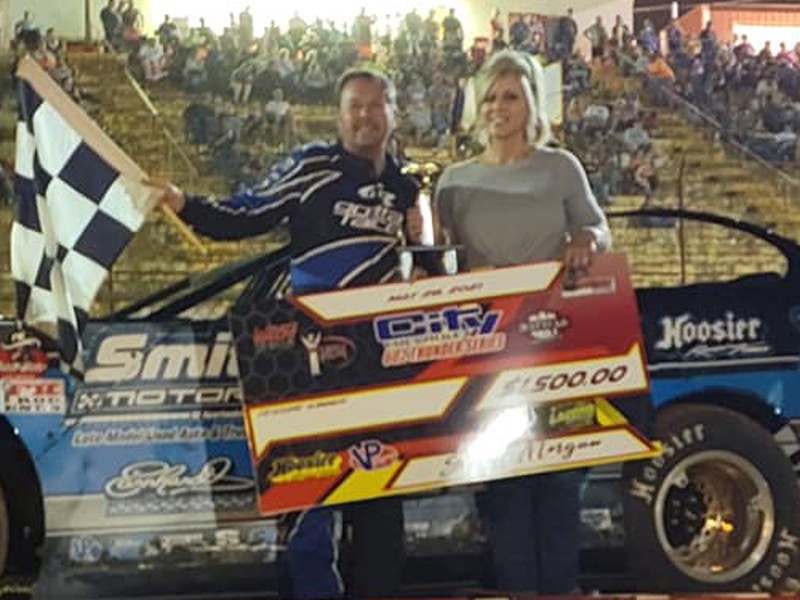 It took an extra week thanks to Mother Nature, but David Smith took home top honors on Friday night at Georgia’s Lavonia Speedway.

Smith held out a hard charge from Cody Pritchett to score the win in the 602 Thunder Series Late Model feature on Friday night at the 3/8-mile clay raceway.

The event, originally slated for the previous week, was pushed back a week due to wet weather. When all was said and done, it was the Inman, South Carolina speedster taking home top honors.

Pritchett had to settle for a second place finish, with Dale Timms in third, David McCoy in fourth, and Bryan Mullis in fifth.

In other action, Justin Roberts took the victory in the 602 Chargerts feature. Drake Parson finished in second, with Bryce Muchow in third, Kevin Lee in fourth and Riley Nash in fifth.

David Dove scored the win in the Open Wheel Modified feature. Chris Nickerson followed in second, with Josh Thurmond in third, Drew Griffith in fourth, and Ashley Hogan in fifth.

Kevin Kelly held off Elliott Brayboy for the Stock 4 feature win, followed by Randy Boshers in third, Phil Wood in fourth, and Timthy Cronic in fifth.