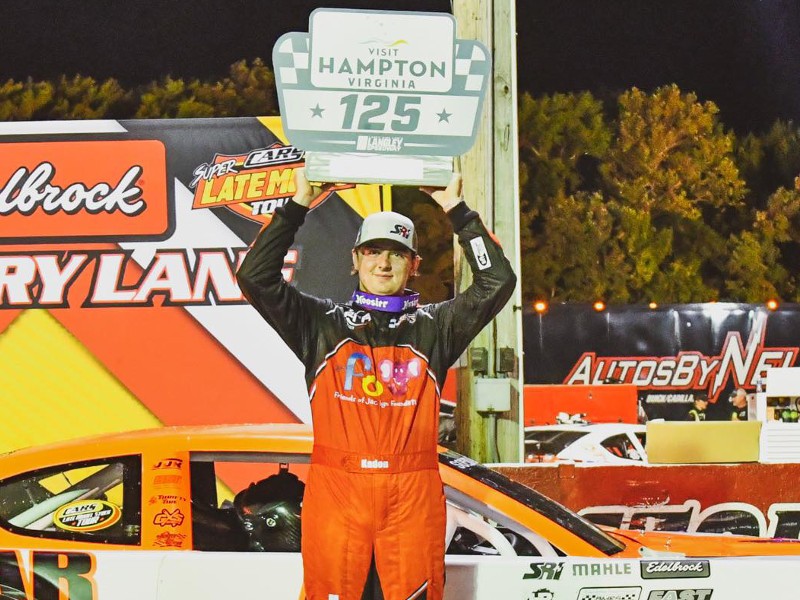 After losing out on his first career win just two weeks ago, Texas native and CARS Late Model Stock Car Tour Rookie of the Year candidate Kaden Honeycutt dominated each and every lap of the VisitHampton.com 125 at Langley Speedway in Hampton, Virginia on Saturday night.

After starting second to his car owner and teammate Justin Johnson, Honeycutt grabbed the lead from the outside pole position and never looked back. The victory marked the first time a Texas native has won in CARS Late Model Stock Car Tour history.

Although he challenged his student several times, car owner and teammate Justin Johnson finished second some 2.422 seconds behind. Right behind Johnson was fellow veteran Deac McCaskill in third place to round out the podium.

For both Johnson and McCaskill, the podium finishes, while not a win, may be the perfect night when looking back at season’s end. Both drivers had stellar runs on a night that saw championship points leader Bobby McCarty struggle mightily, finishing two laps down in the 17th position.

The disappointing run by McCarty virtually erased his entire points lead to just a single point over McCaskill after previously entering Langley with a sizable 15 point margin. Johnson should unofficially be knocking on the doorsteps as well with his gap down to four markers behind McCarty.