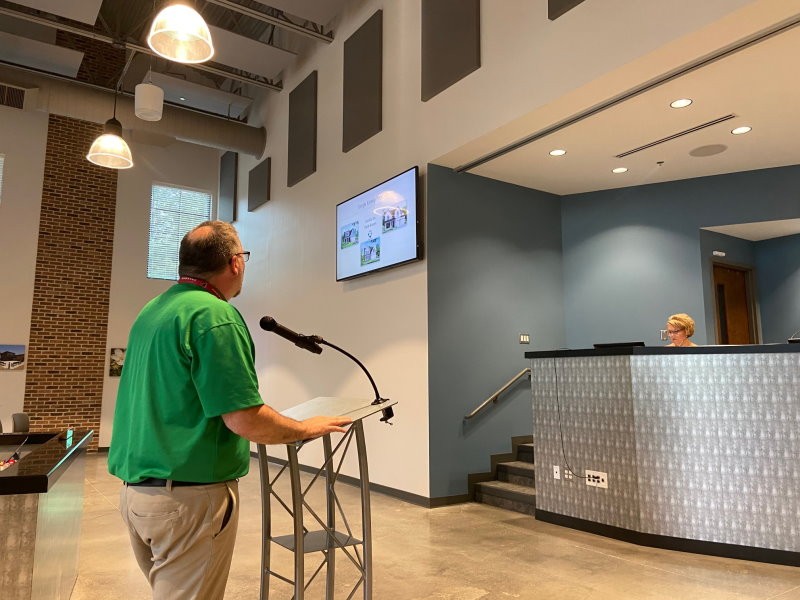 The Flowery Branch City Council voted unanimously Thursday to deny a rezoning request for a more-than 300-unit residential development along Mulberry Street near the city's downtown.

The denial came at the second reading of the request from Bill Stark, Jr. to rezone more than 118 acres from Light Industrial to Multi-Family Residential. The project had come up at several previous meetings and been tabled multiple times due to concerns over the traffic impact on the nearby Phil Niekro Boulevard.

Councilman Joe Anglin, who served as Mayor Pro-Tem for Thursday's meeting, said that traffic impact along with other factors led to the decision.

"Any concern that we've had on any project that we've voted on one way or the other has always been the traffic issues, the roads, the resources we have as far as sewer and water, where they are on the capacity scale, the volume of the particular project itself. I think all of those things factored into the decision," Anglin said after the meeting.

A traffic study had been done, indicating that the intersection of Phil Niekro Boulevard and Mulberry Street needed attention whether the neighborhood was built or not.

No residents spoke on the project in the public comment portion of either reading.