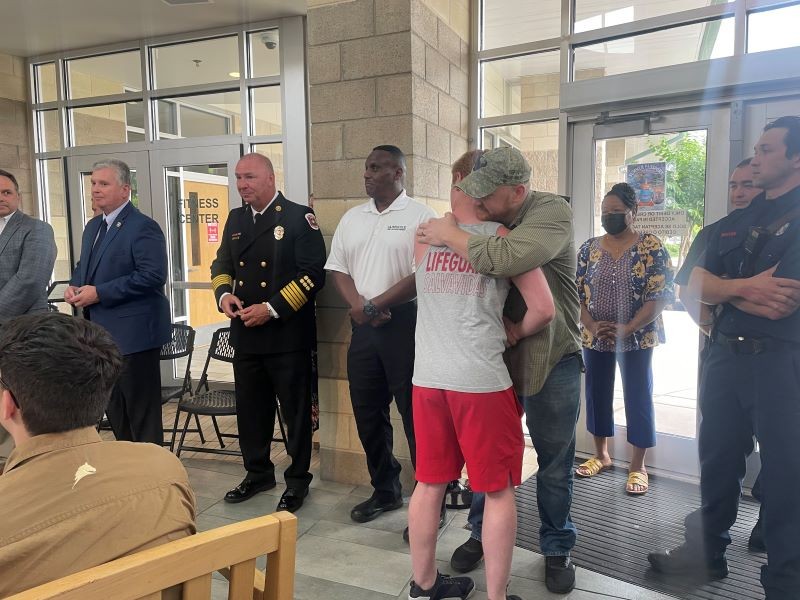 Mitch Teal embraced one of the lifeguards who was working on the day Teal suffered from cardiac arrest.
Tara Brolley 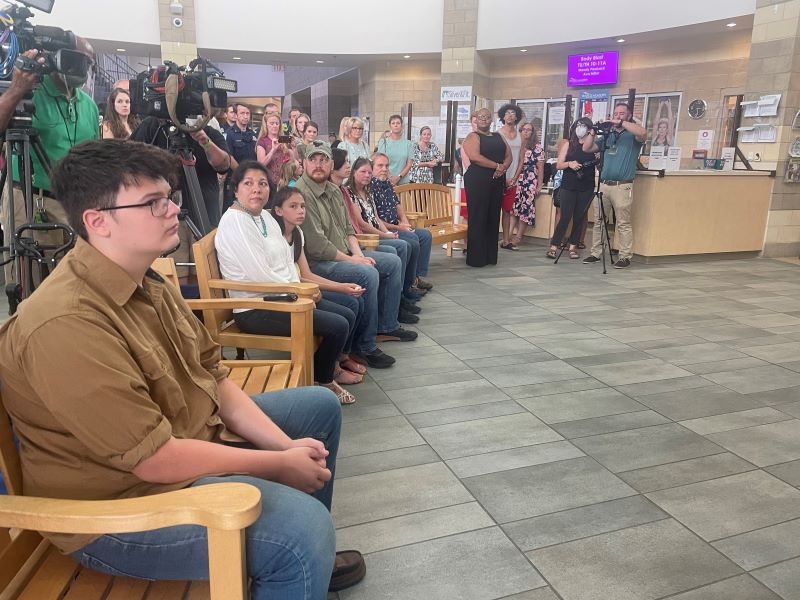 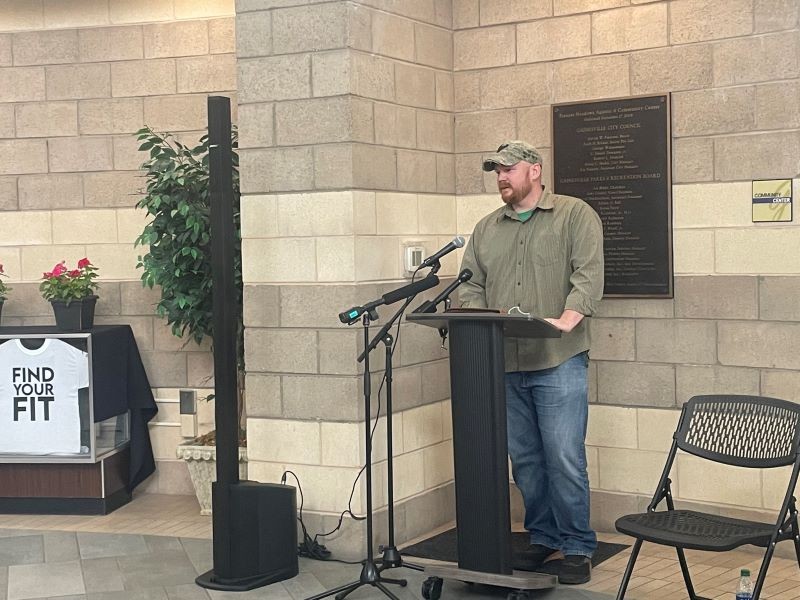 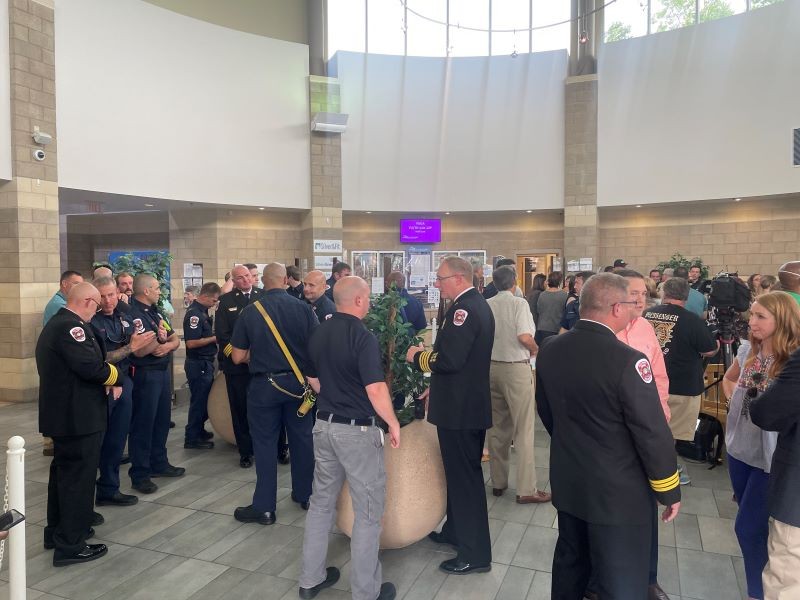 Today, a Hall County jail officer who suffered from cardiac arrest at Frances Meadows Aquatic Center had the opportunity to reunite with nine people who saved his life.

The nine individuals, including staff with the aquatic center and first responders, were recognized in an awards ceremony this afternoon.

Survivor Mitch Teal spoke to the group and became emotional as he talked about his family.

“I do want to thank everybody involved. It’s hard believing that I’m a miracle, but I am,” Teal said, turning his attention to two of the lifeguards who were working on the day of the incident. “These two gentlemen… Can’t thank you enough. EMS, same for y’all. Not so much for myself, but for my family. What tugs on me the most is knowing that my family would’ve been devastated without me.”

Kyle Powers, Regional STEMI Coordinator with Northeast Georgia Health System, said May 10 started out like a typical day for Teal as he arrived at Frances Meadows with friend and colleague Doug Anderson.

“Little did he know that the day would take a drastic turn, and he would greatly be dependent on others, to save his life,” Powers said.

After swimming for a while, Teal lost his footing and slipped under the surface of the water. When Anderson pulled him out and helped him to the pool deck, it was clear that something was not right. Teal was turning purple and he was not breathing effectively.

Lifeguards radioed for 911, started CPR and retrieved their AED. Other staff members waited to flag down emergency services.

The 911 dispatcher worked quickly to get Teal the help he needed. When Hall County Fire Services and Gainesville Fire Department arrived on scene, they began aggressive resuscitation efforts.

When Teal arrived at the Northeast Georgia Medical Center, he was moving and his heart was beating. He was discharged from the hospital four days after he arrived.

“You see, everybody has a story,” Powers said. “And thanks to the collaborative response and high quality of care that Mitch received that day, his story is not over.”

The names of the award winners are listed below: