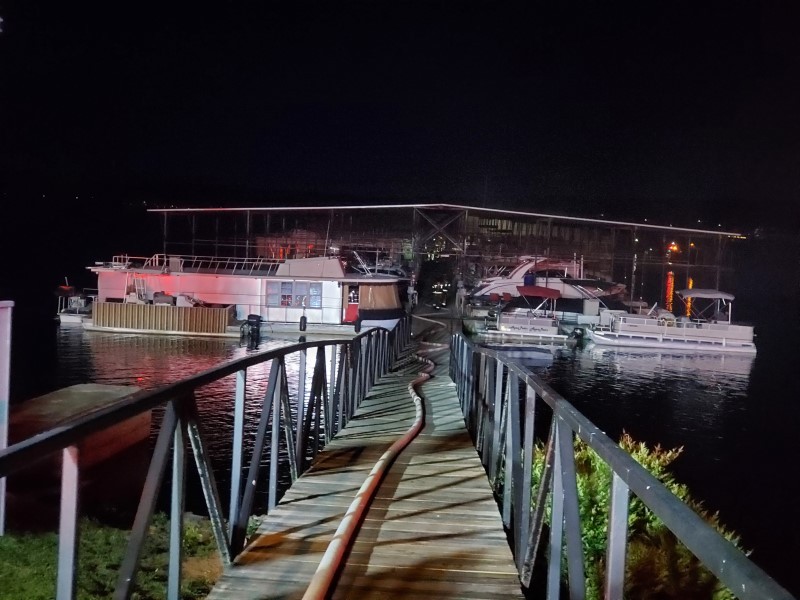 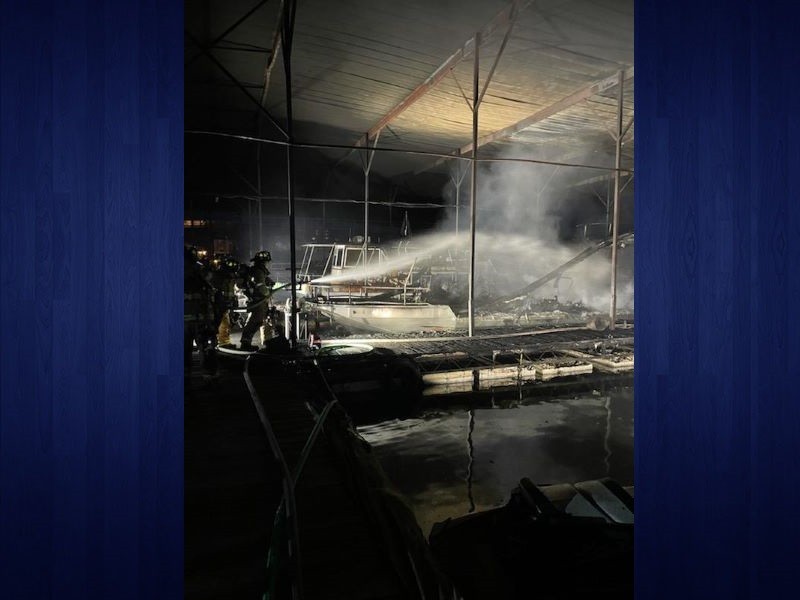 Investigators with Hall County Fire Services found additional damage when they returned Wednesday morning to the scene of a Tuesday-night fire at Holiday Marina in Buford.

Division Chief Zachary Brackett estimated the damage to boats and personal watercraft at around $2 million.

"[We were] obviously able to see better this morning, able to look for damage better on the boats," Brackett said. "[We've] identified a total of 11 boats that were damaged in some way by this incident."

The cause of the fire is undetermined at this point, and Brackett said the investigation will likely take some time.

"It's still under investigation," Brackett said. "I know that the fire marshal works very hard to diligently investigate all of our incidents, so we would have to wait before we said anything about what we thought the cause was."

Firefighters were called to the scene of the fire at 8:36 p.m. Tuesday and left the scene at 12:02 a.m. Wednesday.

One person was evaluated but refused transport to the hospital.

"There was some damage to the docks," Brackett said. "They're made out of wood, so boats start catching on fire and it is going to damage things. That damage is under control, also."

The cause of the fire is under investigation by the Hall County Fire Marshal's Office.

This story will be updated as more information becomes available.