ATLANTA — Atlanta United and Nashville SC ended in a 22 draw on Saturday at Mercedes-Benz Stadium in front of 40,748 fans.

Marcelino Moreno and Erik López each scored to put Atlanta ahead 2-0, but a pair of second-half goals from Hany Mukhtar forced both sides to split the points.

Atlanta jumped on the board early when Moreno scored the club’s quickest goal this season in the sixth minute. Miles Robinson received a pass from Brad Guzan just outside of Atlanta’s own box and dribbled into space on the right side. Robinson spotted the run of Moreno through the middle of Nashville’s defense and played a long ball into the 18-yard box. Moreno brought the ball down and took a touch around Dave Romney before placing a low shot between the defender’s legs and past Joe Willis for the 1-0 lead. It was Moreno’s team-leading third goal of the season and Robinson’s first career MLS assist.

Robinson nearly had his second assist of the night in the 14th minute when he played an identical ball over the top to Jake Mulraney. The winger brought it down and got off a shot on the edge of the six-yard box, but it was deflected and collected by Willis. Atlanta produced another golden opportunity four minutes later after Emerson Hyndman turned Nashville over in the midfield and quickly played it to Josef Martínez. The Venezuelan forward ran directly at goal, dribbling into the box before having it poked away by Romney. The ball fell nicely for López who one-timed a shot from outside the box, but Willis made a diving save.

Atlanta doubled its lead when it again scored six minutes into the half. Anton Walkes made a tackle in the defensive half where Moreno gathered the loose ball and dribbled nearly the length of the field before laying it off to George Bello down the left side. The Homegrown sent a cross to the front post where López made a diagonal run, jumped in front of an onrushing Willis and, with his back to goal, coolly backheeled the ball into the net with his right boot.

Nashville pulled one goal back in the 80th minute. Daniel Lovitz and Matt LaGrassa combined for a give-and-go down the left side before finding Mukhtar in the middle of the box where he finished to the bottom right corner. Mukhtar scored three minutes later after a deflected shot fell kindly to him on the edge of the six-yard box where he slotted it in and leveled the match.

United draws 2-2 with Nashville SC
Atlanta United and Nashville SC ended in a 22 draw on Saturday at Mercedes-Benz Stadium in front of 40,748 fans... 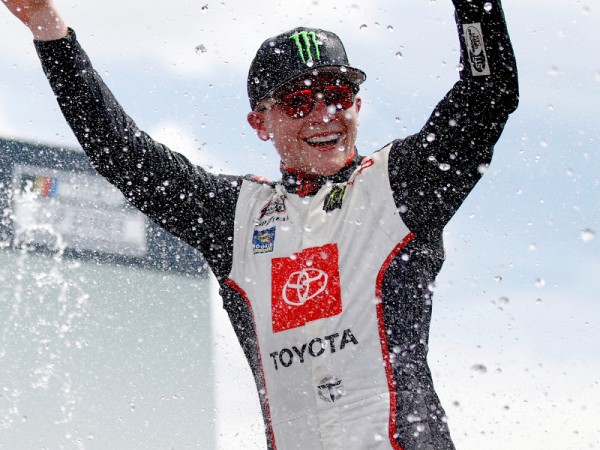 Ty Gibbs rebounds from spin for Charlotte Xfinity win
At the end of the second segment of Saturday’s NASCAR Xfinity Series race at Charlotte Motor Speedway, Ty Gibbs found himself spinning through the Astroturf on the infield...
Updated

UNG softball wins thriller to stay alive in Div. II championships
Cheyanne Mosteller executed a perfect squeeze bunt in the bottom of the seventh scoring Madi Perry to give the North Georgia women's softball team a thrilling 1-0 win over St. Anselm on Saturday in the NCAA Division II championships...
Sports 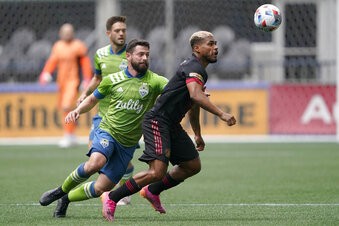 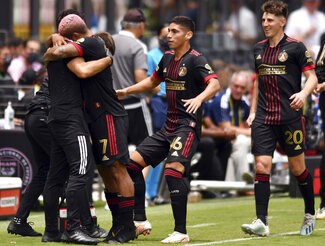 Martínez gets first goal since 2019, United draws Miami
Josef Martínez made his first start of the season and scored his first MLS goal since the 2019 season and Atlanta United played Inter Miami to a 1-1 draw on Sunday...
By The Associated Press