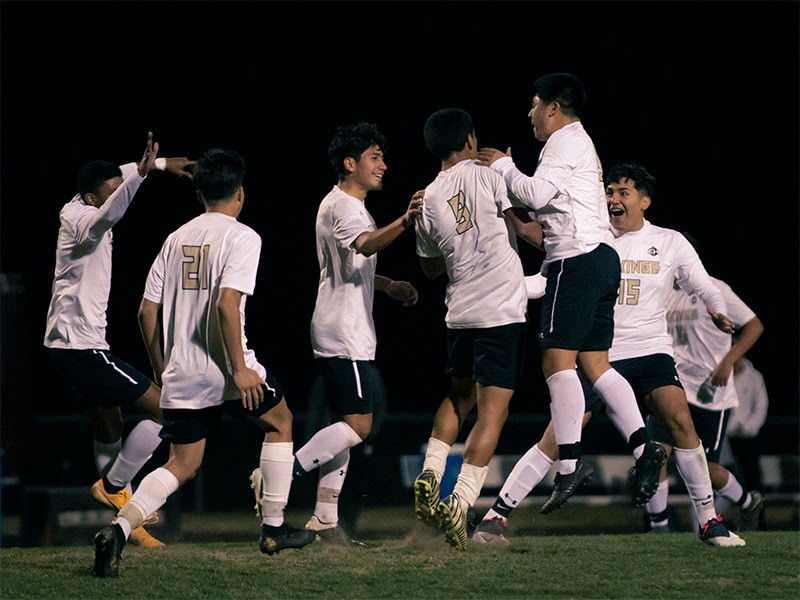 The East Hall boys will take on Southeast Whitfield on Thursday at Duluth High for the Class 4A state championship. (Photo/Seth Chapman) 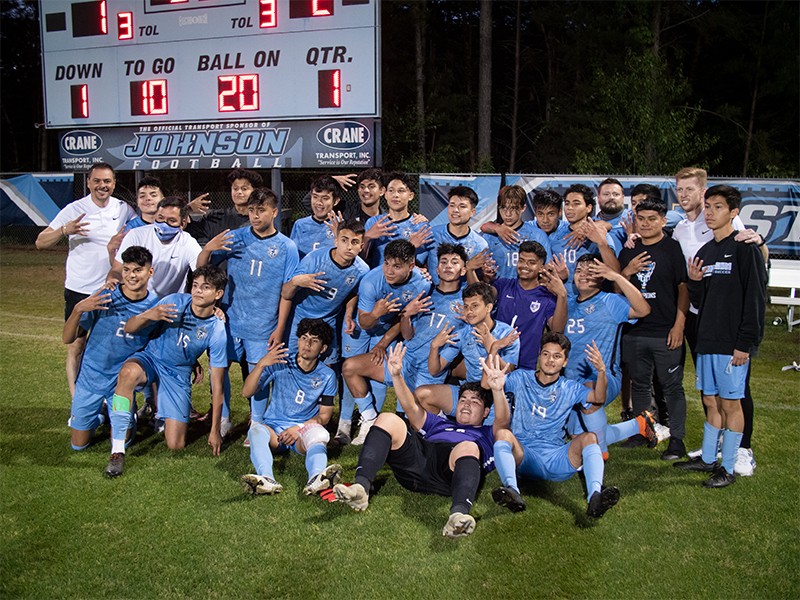 “Year after year, Hall County produces some of the best soccer in the state,” Wade said on Wednesday. “Winning a single game in this county is no easy task. When teams in this county get into the state playoffs, they are automatically a threat to win it all.”

“I’ve said it before and I’ll say it again: Hall County has some of the best talent in the entire state,” Zamora added. “Hall County teams across all classifications are always contenders for the championship and this year was no exception.”

It’s not the first time for either Johnson or East Hall to make the championship match. Johnson won the 2018 5A title in a classic 1-0 win over McIntosh. They lost a 3-0 Class 4A championship match to St. Pius in 2016.

East Hall is making its first finals appearance since dropping a heartbreaking 3-2 decision to Decatur in the 2016 Class 3A finals.

While the Knights have built themselves into one of the state’s powerhouses at any level, the 2021 squad came in short on playoff experience. But they have shown grit and resiliency fighting from behind in each of the last two rounds to advance.

“We are a young team but very skilled across the field,” Zamora said. “These guys have a passion for the game and are always eager to improve. I have been impressed with their work ethic, determination, and resilience. We have come a long way and I could not be more proud of the boys.

“I have been impressed with how they have handled their way through the postseason this far. We went down multiple times and were put in tough situations. However, they always found a way. They have shown this team has heart and a big personality.”

The Knights match will be a rematch of that classic 2018 showdown, though most of the rosters on both sides have completely turned over. However, both teams also still resemble their familiar skilled, ball-control styles.

“Traditionally, our playing styles have not changed, so yes there are many similarities among the current teams,” Zamora said. "The key for us will be to match their physicality, defend well in all situations, and take advantage of the scoring opportunities early.”

The Vikings are on the verge of turning themselves into a perennial title contender. They have advanced to three quarterfinals, two semifinals, and now two state championship rounds since 2016.

The only thing missing is a trophy to show for it. They will have a tough road as the Raiders have stormed through the playoffs piling up 23 goals in four rounds and allowing just one goal -- to East Hall’s fellow Region 8-4A foe Jefferson in the semifinals in a 4-1 victory on Tuesday.

However, the Vikings have allowed just 13 goals all season. Wade said it’s the kind of matchup fans should be excited about and a big moment for the program, which won a difficult Region 8-4A, and has allowed just two goals in the playoffs.

“It’s a great opportunity for this group of guys. They have earned everything they have accomplished this season,” Wade said. “Nothing has come easy. Our region was incredibly strong and every night was another battle. For us to be here speaks to the work we put in when the weather was cold.

“It will be the strength-on-strength matchup of the game. Normally when that is the case, it’s up to someone to make a difference against the run of play. Hopefully that will be us.”