Believe it or not, Hall County has a prisoner shortage 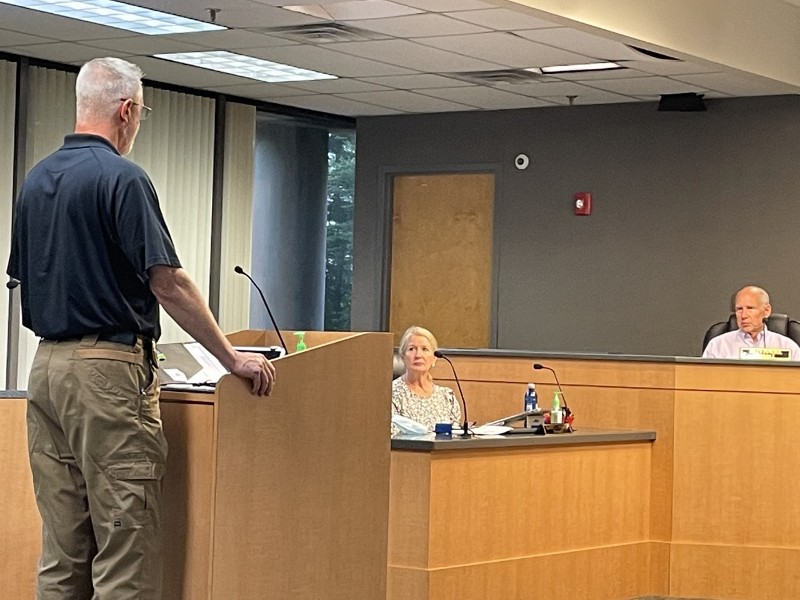 GAINESVILLE – There’s a lot of empty beds at the Hall County Correctional Institution, but that’s not because of a dramatic drop in Hall County’s crime rate.

Correctional Institution Warden Walt Davis appeared before the Hall County Commission Monday afternoon to seek extension approval of a pair of contracts that Hall County has with the Georgia Department of Transportation to provide inmate work details.

Hall County Commissioner Billy Powell asked Davis a question about the current inmate population.  “How many do we maintain there?”

Davis paused, and then replied with a question of his own, “Under ideal conditions?  What my capacity is?  Are you asking me how many we have right now?”

Davis told Powell that while the facility can house 240 inmates, “…we have 96 inmates right now.”

After years of rhetoric  and publicity about a nationwide prison-overcrowding crisis, it appears to be just the opposite at the Hall County CI.

Davis says the reason for the “shortage” of prisoners at the Barber Road facility is COVID-19.  “Courts have been shut down for over a year and there has been nobody into the state prison system.”

Davis expects that to change as courts are once again in session, but he thinks it will be the end of the summer before the CI sees an increase in inmate population.

“COVID has really hurt both state facilities and county facilities.  It’s hurting us,” Davis said.  The Hall County CI, like most statewide CIs, gets paid for housing inmates.  “We’re scraping the bottom of the barrel.”

Davis added another reason for the decrease in the number of prisoners headed to county facilities.  “The sheriffs want the bad guys and high-profile people that have been sitting in their jails for over a year with no bond, they want them out of their jails and into the state prison system and I agree with that.”

“The high-profile cases, the violent offender cases, are being prosecuted first and I don’t house those types of offenders.”

Davis said over his long career in corrections most of his experience has been in dealing with crowded prison conditions.  “We have never talked about having too few inmates.”

As to whether or not Davis will be able to staff the two contracts he brought before the Hall County Commission for its approval, “It certainly doesn’t help for us to have a 50% reduction in available inmates for work details.  We’re meeting those expectations, but it’s difficult and I don’t want have to continue to do this indefinitely.”