FAYETTEVILLE, Ark.— Jaden Woods and Ben Harris combined for 6.1 scoreless innings of relief to lead Georgia to a 7-3 win over top-ranked Arkansas Saturday in front of a season-high crowd of 7,645 at Baum-Walker Stadium.

Georgia took a 1-0 lead in the first thanks to a solo home run from Josh McAllister (2-for-4, 3 RBI). It was his ninth of the year. Later in the frame, Connor Tate reached with a two-out double to extend his on base streak to 25 games as well as an eight-game hitting streak.

The Razorbacks looked to answer in the first as Zack Gregory made it to third with one out. However, Ben Anderson caught a shallow fly ball in center off the bat of Cayden Wallace and then fired a strike home to Corey Collins who tagged Gregory to complete an inning-ending double play. It was Anderson’s third assist this year. Brady Slavens reached on a leadoff walk in the bottom of the second and eventually scored on a sacrifice fly by Robert Moore to tie the game.

In the third, Arkansas surged ahead 3-1 knocking out Bulldogs' starter Jonathan Cannon with two on and two out and they brought in Woods.

In the fifth, Georgia tied the game, scoring two runs on four hits and were aided by a pair of Razorback errors on one play. The inning began with a Cole Tate (3-for-3) base hit. With Fernando Gonzalez at the plate, the home plate umpire Ronnie Teague was struck by a foul ball and had to leave the game. Following a brief delay. Gonzalez lined a single to center. After Arkansas turned a double play, McAllister reached on a bunt single and on the play, two throwing errors allowed him to score and tie the game.

In the sixth, McAllister made one of the best defensive plays of the season with a diving catch in shallow right field for the first out. In the seventh, Ben Anderson’s two-run home run off Zack Morris put Georgia in front 5-3.

“That’s as good a play as you can make. The wind blowing in helped it. Off the bat, I thought it was down for sure, and he just kept closing on it and the win knocked it down," Georgia coach Scott Stricklin said. "It was almost like a quarterback throwing to a wide receiver, and it was just a complete layout and great catch. That’s gotta show up on SportsCenter."

In the seventh, Woods struckout the first two batters before issuing a walk to Matt Goodheart. Georgia turned to Ben Harris. He got ahead of Cayden Wallace 0-2 and then hit him with a pitch. From there, things looked to unravel with three straight trips to the mound by Collins. Eight consecutive balls loaded the bases for Christian Franklin. Harris battled back to strike him out and maintain Georgia’s advantage. Georgia added a pair of insurance runs in the ninth for the final.

"Jaden Woods was a huge key to the game of settling things down. He comes in and we’re down 3-1, and he just settled things down and gave us a chance to win. And then Benny Harris did a great job of shutting it down," Stricklin said.

Woods improved to 3-0, tossing four scoreless frames with three strikeouts while Harris took care of the final 2.1 innings with four strikeouts for his third save, all in SEC action. Razorback reliever Ryan Costieu dropped to 6-2.

The rubber game of the Arkansas series will be Sunday at 3:02 p.m. ET. The contest will be available on SEC Network+ and can be heard on the Georgia Bulldog Sports Network. Georgia aims to win its second road series of the season over a No. 1 ranked squad after beating Vanderbilt two games to one last month in Nashville.

Georgia Beats No. 1 Arkansas To Even Series
Jaden Woods and Ben Harris combined for 6.1 scoreless innings of relief to lead Georgia to a 7-3 win over top-ranked Arkansas Saturday in front of a season-high crowd of 7,645 at Baum-Walker Stadium... 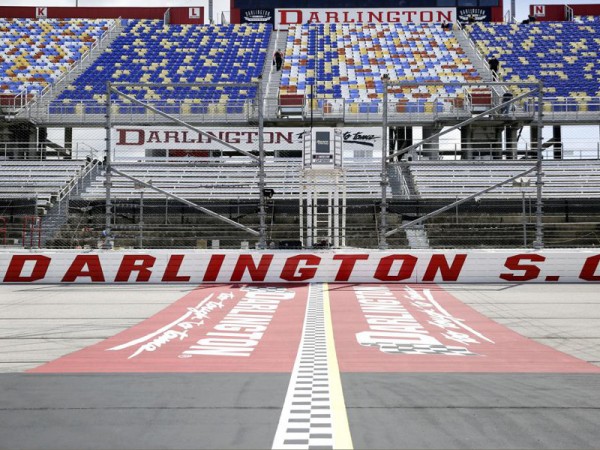 Harvick looks to jumpstart winless year again at Darlington
Kevin Harvick is hoping his winless start to the season will end at Darlington Raceway — just like last year. Harvick hadn't taken the checkered flag in 2020 until winning... 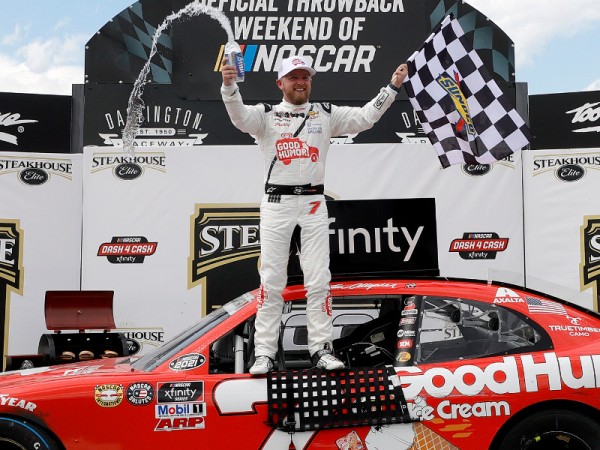 Bulldogs blast top-ranked Commodores to win road series
The No. 23 Georgia Bulldogs defeated top-ranked Vanderbilt 9-1 Saturday for their first SEC series win over a No. 1 team since 1993...
By Georgia Sports Communications

College BSB: No. 23 Dogs beat No. 8 South Carolina
Riley King’s two-run single in the seventh inning rallied No. 23 Georgia to a 5-3 win over eighth-ranked South Carolina Friday at Foley Field.
By AccessWDUN Staff