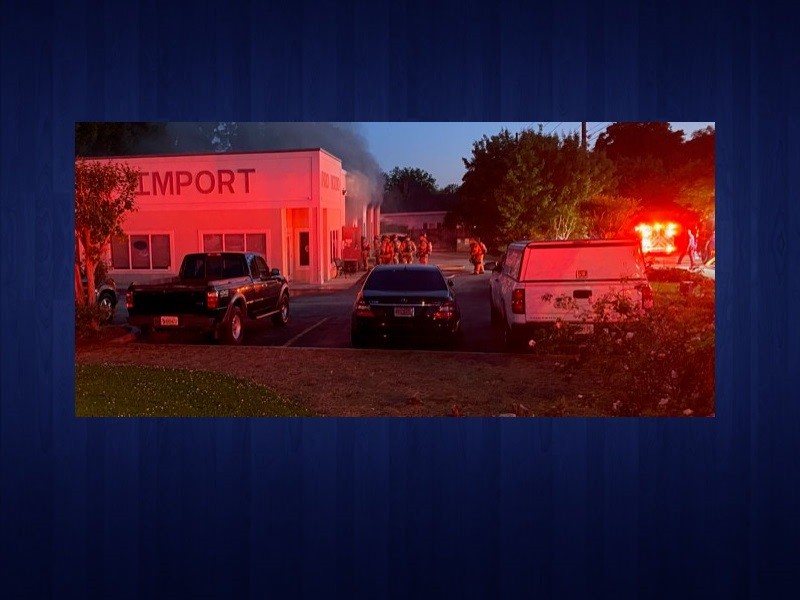 Fire crews responded to the Pro Imports and extinguished a vehicle that was on fire.
Gainesville Fire Department
Contact Editor

Updated information from the Gainesville Fire Department indicates the vehicle where the fire originated was not raised on a mechanical vehicle lift, but it was parked on top of the lowered lift. Authorities initially estimated the damage amount from the fire at $100,000, but the business and its insurance provider will calculate the total damage amount.

The Gainesville Fire Marshal continues to investigate the cause of the fire.

The Gainesville Fire Department responded around 8:30 p.m. and found smoke coming from the garage doors. Once they forced the garage doors open and entered the business, personnel found the vehicle on the mechanical lift.

Crews quickly extinguished the fire and searched the building for victims and fire extension. Several other vehicles sustained smoke damage.

No one was in the business at the time of the fire, so there were no injuries.