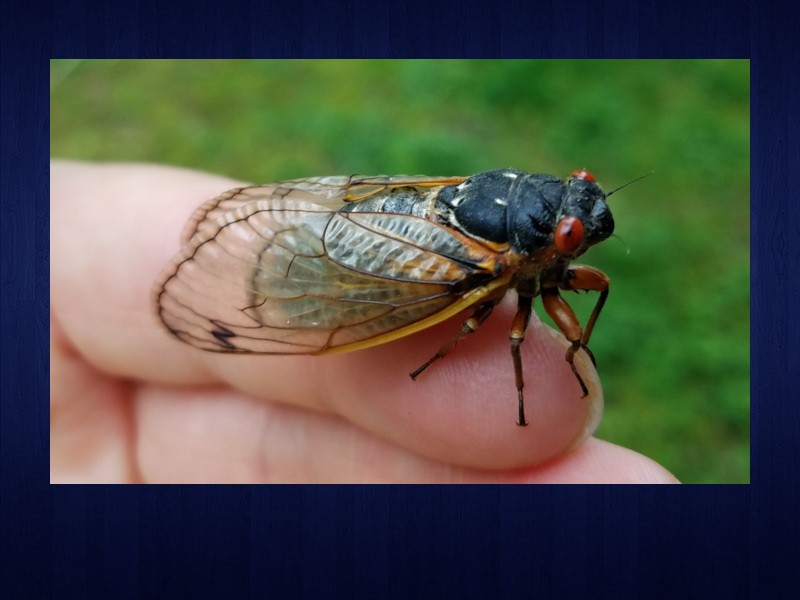 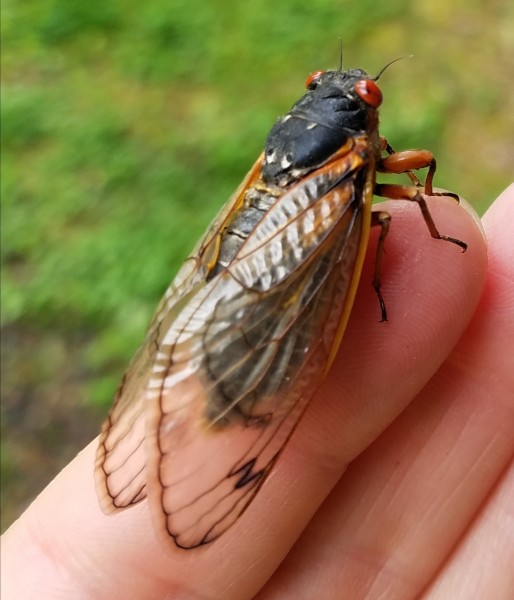 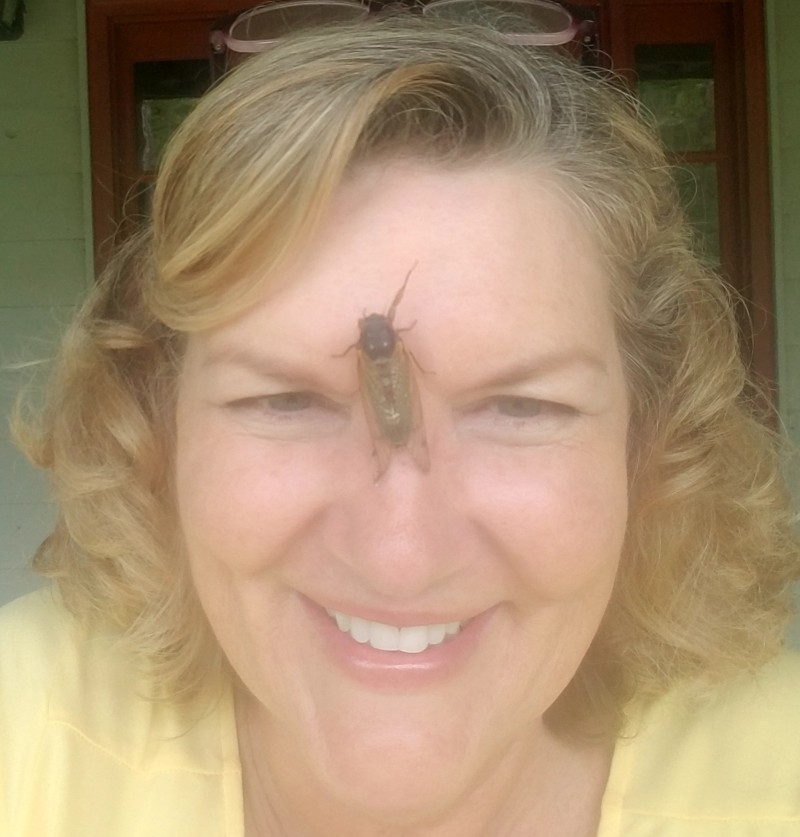 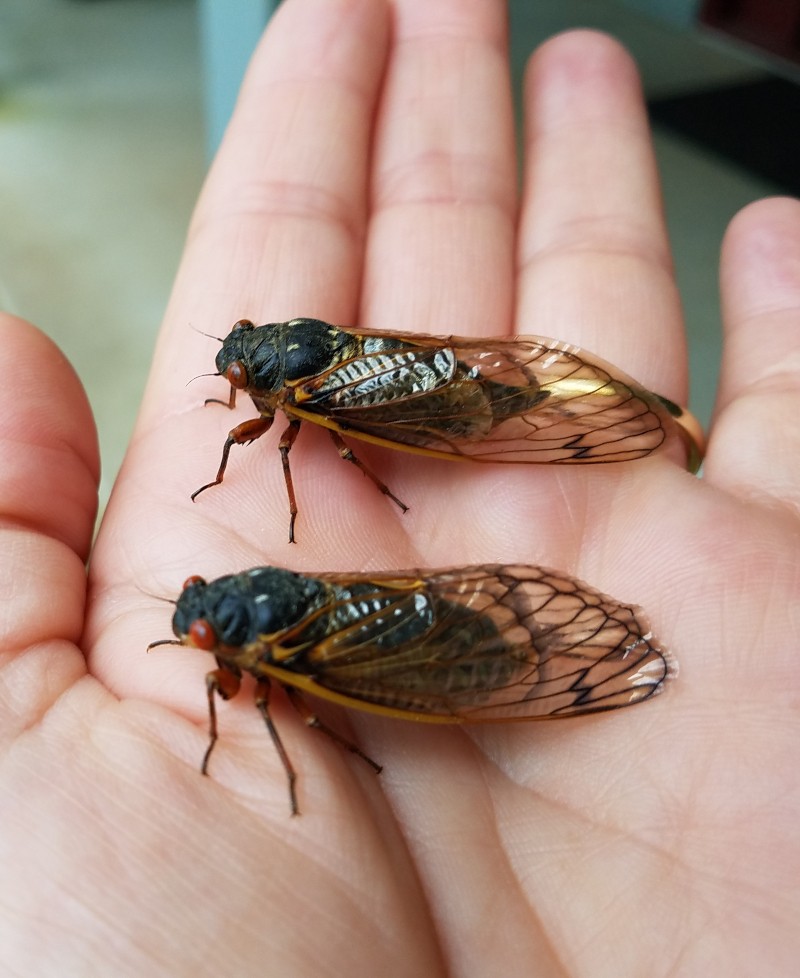 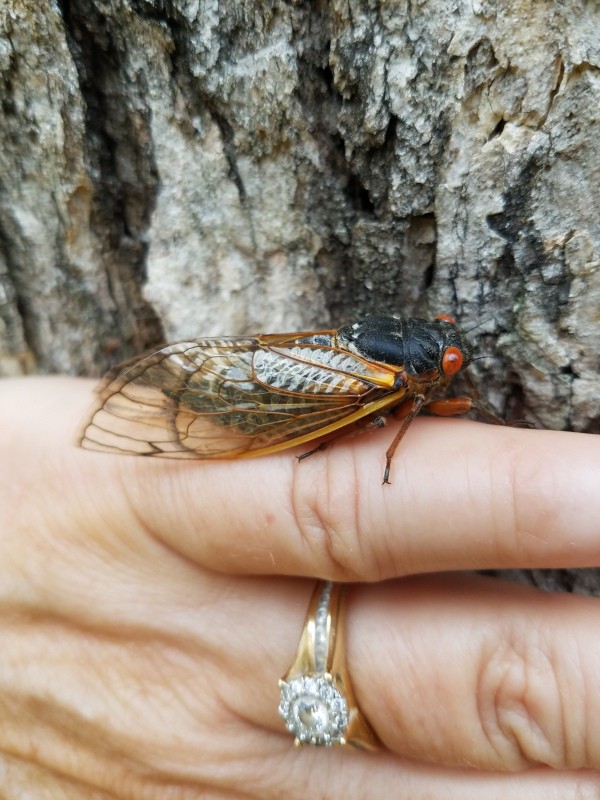 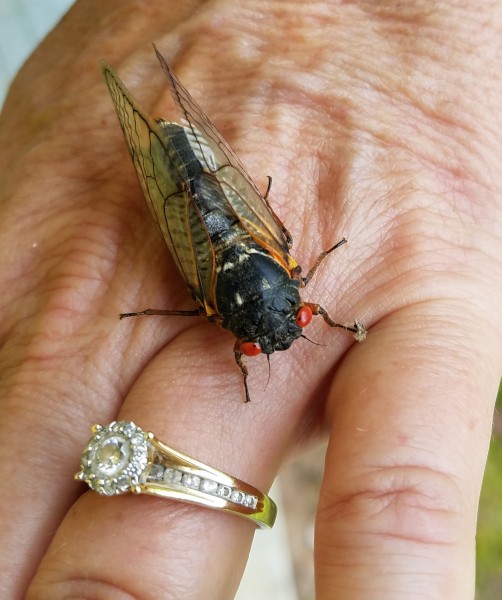 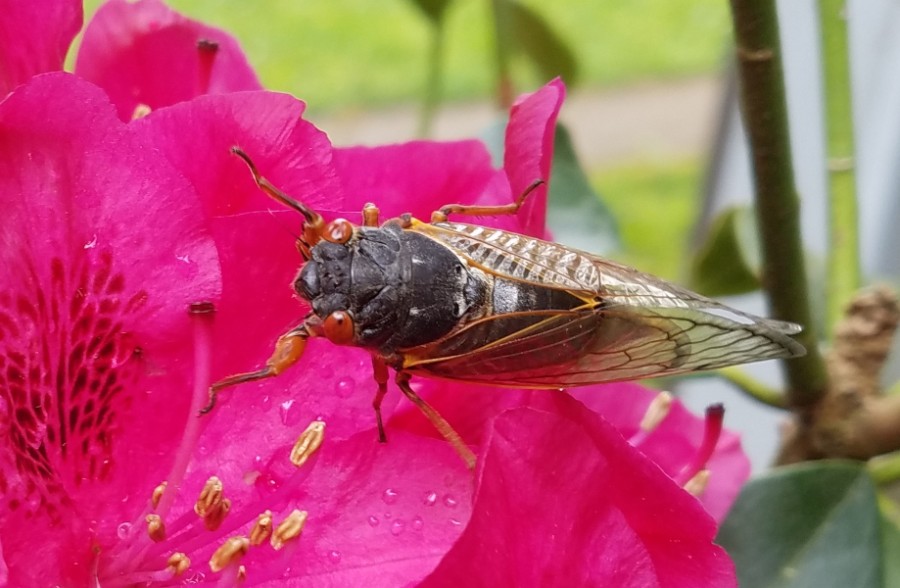 If you live in North Georgia, you may have begun to see little black cicadas emerging from the ground in great numbers in recent weeks – these are called periodical cicadas, and they are a part of Brood X.

Brood X is a massive group of periodical cicadas that span from Michigan and New York, all the way down to North Georgia. While there are traditional annual cicadas that emerge every year, this is the first time that Brood X has emerged from the underground since 2004.

Dr. Nancy Hinkle, medical veterinary entomologist with the University of Georgia, said while it may seem a little scary to those who fear bugs, cicadas are harmless.

“They don’t feed as adults, they don’t bite, they can’t sting, they don’t harm you, they’re not poisonous,” Dr. Hinkle said. “They’re perfectly harmless, so they’re really just a fascinating exhibition of nature.”

So far, people have spotted Brood X west of Dahlonega, near Blairsville and in Ellijay, said Dr. Evan Lampert, a professor in the biology department at the University of North Georgia.

One of those who has spotted the Brood’s emergence is Judy Carpenter, who lives in Blairsville.

“I have a lot of large oak trees in my front yard, and I started seeing the cicadas emerge a few days ago, and started taking pictures of them,” Carpenter said.

You can view some of Carpenter’s pictures of the cicadas in the above photo gallery.

“There’s hundreds of them out there now all over the yard,” Carpenter said. “I just went out and looked a few minutes ago, they’re on the porch, on the railing, they crawl up the rocking chairs.”

Carpenter said one cicada even landed on her face.

Dr. Hinkle said periodical cicadas usually have either a 13 or a 17-year lifespan – Brood X falls under the latter.

In 2004, the female cicadas in Brood X laid a batch of eggs, which hatched, and those nymphs then crawl down into the soil to the roots of a tree. The nymphs then feed off the sap from the tree roots for 17 years.

“Once they emerge, they use all of that stored energy within just a couple of weeks,” Dr. Hinkle said. “Essentially, all the adult cicadas do is mate, and the females then lay eggs, and then they die all within just two or three weeks.”

Dr. Hinkle said there are several theories as to how they know when to emerge after they have been underground for 17 years.

“We’re guessing that the ebb and flow of sap through the tree probably allows them to calibrate the years,” Dr. Hinkle said. “They all wait until the soil temperature reaches 64 degrees at eight inches deep in the soil, so the periodical cicadas are using that as their signal to emerge altogether.”

As for why these cicadas have a 17-year lifespan, Dr. Lampert said there are two major theories.

“The first is to have an irregular life cycle that is hard for predators to synchronize with, it’s a large prime number,” Dr. Lampert said. “Another possibility is that a longer life cycle helps them cope with an unstable environment, and that is potentially a relic of them evolving during a glacial period thousands of years ago.”

This mass emergence also helps protect the cicada population from predators, due to the sheer number of cicadas that emerge at one time. Dr. Hinkle said these numbers can contribute to local ecosystems.

“Periodical cicadas are eaten by everything out there, even deer eat periodical cicadas, turkeys love them,” Dr. Hinkle said. “We expect that probably the population of turkeys will benefit, and we’ll probably have more survival nestlings this year than we would in the past 16 years.”

As part of his research, Dr. Lampert and some students are aiming to collect cicadas from Brood X to help identify their location and collect data such as their species and other characteristics. Dr. Lampert said the Brood’s location can grow or contract over time.

Another option for those looking to track the Brood is the Cicada Safari website and app. Dr. Hinkle said those using the app can take photographs and report the locations where the cicadas have been found.