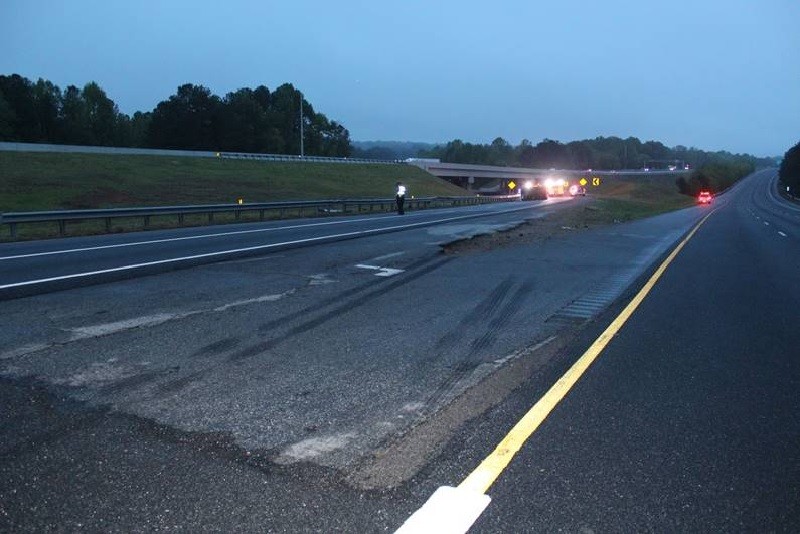 Six people died and several others were injured in a crash on the connecter between northbound Interstates 85 and 985 Saturday evening that shut down the roads for several hours.

Gwinnett County Police Sgt. Jennifer Richter said they were dispatched to a traffic accident at the split around 6:30 p.m. and callers reported a vehicle on its side and on fire.

Richter said the passenger van had 16 people inside, and she believed it was designed to carry 15 people. She said the victims were from a sober living house.

Bystanders attempted to pull victims from the passenger van and render aid, according to Richter. She said one passerby sustained a minor injury but refused treatment.

Sgt. Michele Pihera with the department provided additional details. She said that the other occupants of the vehicle also suffered injuries. "When the fire department arrived, they determined six people died as a result of the incident and at least 10 others were transported to local hospitals in the metro Atlanta area with varying degrees of injuries.I don't know the extent of those injuries, but I do know that some were life threatening."

According to Pihera there are several theories on what could've happened. The driver of the van could have lost control when trying to merge. She says its also possible that another car was involved, perhaps even cutting them off, for example.

Sgt. Richter agrees."Right now, we are investigating the cause of the crash," Richter said. "We are looking for any witnesses who may have seen what happened and, if possible, we would like for them to get in contact with us so that we can get some more information regarding what happened."

Witnesses are urged to contact the Accident Investigation Unit at 678-442-5653 with tips (Case Number: 21-031606.) "We are urging people who may have seen what happened right at the beginning to call our tip line and offer any kind of information that they may think is useful or helpful in this investigation," adds Pihera.

More information about the occupants of the van will be released in the coming days, but Richter said they all appeared to be adults, and they were working to notify next of kin.