ATLANTA — Ezequiel Barco scored Atlanta's first MLS goal of the season and an own goal by the Chicago Fire propelled United to a 3-1 victory in its home opener Saturday night, giving new coach Gabriel Heinze his first league victory.

Chicago tied the game at 1 in the opening minute of the second half on Luka Stojanovic’s second goal of the season, taking advantage of a sloppy effort by Atlanta’s back line.

But United (1-0-1) regained the lead in the 66th minute. Marcelino Moreno's cross escaped goalkeeper Bobby Shuttleworth, deflected off Chicago defender Johan Kappelhof and rolled into the net for an own goal.

Emerson Hyndman clinched it for Atlanta in the 85th by knocking in a rebound after Shuttleworth made a brilliant save on Jake Mulraney, who set up his shot with a dazzling bit of footwork in front of the net.

Heinze arrived from Argentina in December to take over an Atlanta team that won the MLS Cup in 2018 but fell on hard times last season, missing the playoffs for the first time.

After a scoreless draw at Orlando in the league opener, Heinze claimed his first MLS victory before a crowd of 20,335. He already has two wins in the CONCACAF Champions League.

Barco drove it into the Chicago wall, but he was able to retrieve the ricochet and rip a right-footed shot that caught the inside of the top left post to beat Shuttleworth.

The Fire stormed back after the break.

Boris Sekulic ran onto a long cross at the corner of the area and one-timed a pass toward the opposite post, the ball somehow getting through four United players before Stojanovic flicked it into the net.

Chicago had plenty of other scoring chances, knocking three shots off the post. Atlanta also squandered a prime opportunity when a shot deflected off a Fire player and then struck the post, skidding right to Hyndman at the side of the net.

With the keeper out of position, Hyndman rammed his shot off the side of the goal and crumpled to the turf in disbelief.

But Hyndman made up for that miscue in the closing minutes.

Atlanta United, which has set numerous MLS attendance records, played in a stadium that had a much more familiar feel after the pandemic-marred 2020 season. The team opened up the two lower decks and allowed 50% capacity.

Atlanta United: Host fellow MLS club Philadelphia Union on Tuesday in the first leg of a CONCACAF Champions League quarterfinal, with the return leg set for May 4 in suburban Philly. United resumes league play at New England next Saturday. 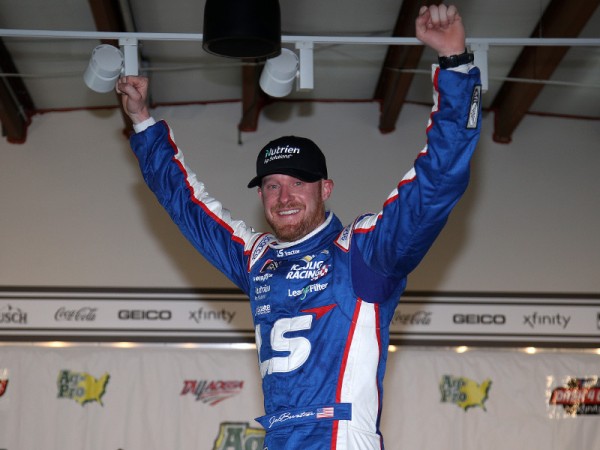 Jeb Burton earns first NASCAR Xfinity win at Talladega
Jeb Burton must have been doing a rain dance in his car when the skies opened up over Talladega Superspeedway during Saturday’s NASCAR Cup Series race.
Updated

United opens with draw vs. Orlando
Atlanta United opened its 2021 MLS regular season with a 0-0 draw against Orlando City SC at Exploria Stadium on Saturday...
By AccessWDUN Staff