One dead after falling at Tallulah Gorge; Terrain makes it hard to recover the body 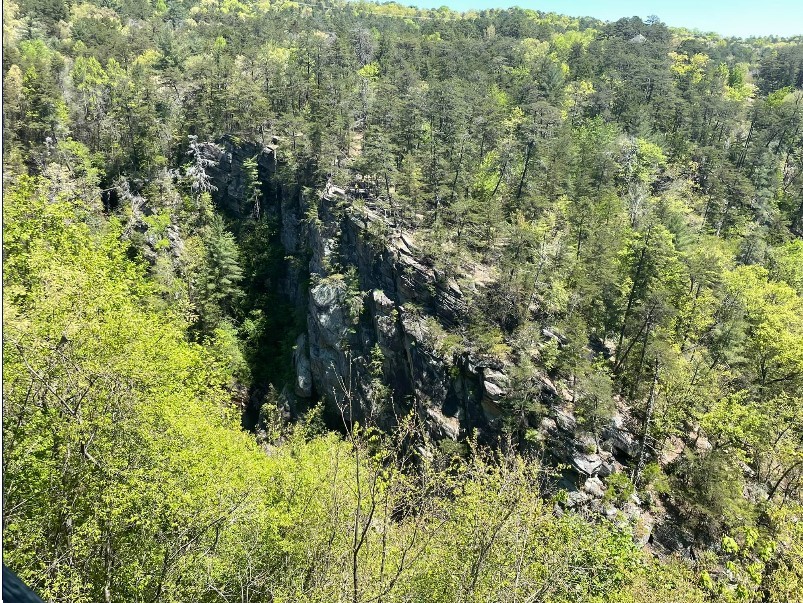 Search and rescue teams spent most of today trying to locate a person who fell from the ledge at Tallulah Gorge. That person was found at the bottom of the steep cliffs but had apparently died as a result of the fall.

Just after noon today, Habersham County 9-1-1 received a call from rangers with the Department of Natural Resources (DNR) reporting that a person had possibly jumped from the ledge in the gorge.

Habersham Emergency Services responded, according to Emergency Services Director, Chad Black. He says that once they arrived and were able to assess the situation, it was clear due to the steep terrain, they would need backup. They received assistance from Lee Arrendale Correctional Institute Fire Department, Habersham County Search and Rescue, Rabun County Search and Rescue and the DNR.

“Once we arrived, due to how steep it was, probably 250 to 300 feet, we had to utilize a drone and we did locate the victim," said Black. "Unfortunately, due to the terrain, we were not able to get to her from any of the trails, so we had to go to the point of where she was last seen. Witnesses there apparently saw her jump.”

Search and rescue teams rappelled down in order to make contact with the victim but when they reached her, they discovered she was deceased. “From that point, it became a recovery mission and was no longer a rescue mission,” said Black. Habersham County Emergency Services turned the recovery over to search and rescue teams. The rappel teams used long lines to recover the body.

The DNR, who is handling the investigation, released further details this evening. They say that the deceased woman has been identified as Nancy Moore Smith, age 58, of Blue Ridge. They also say that she fell from Overlook 2 in the park. The statement reaffirms that the DNR Law Enforcement Critical Incident Reconstruction Team is investigating the incident.

“It’s just a sad day and our thoughts and prayers go out to the family,” says Black.