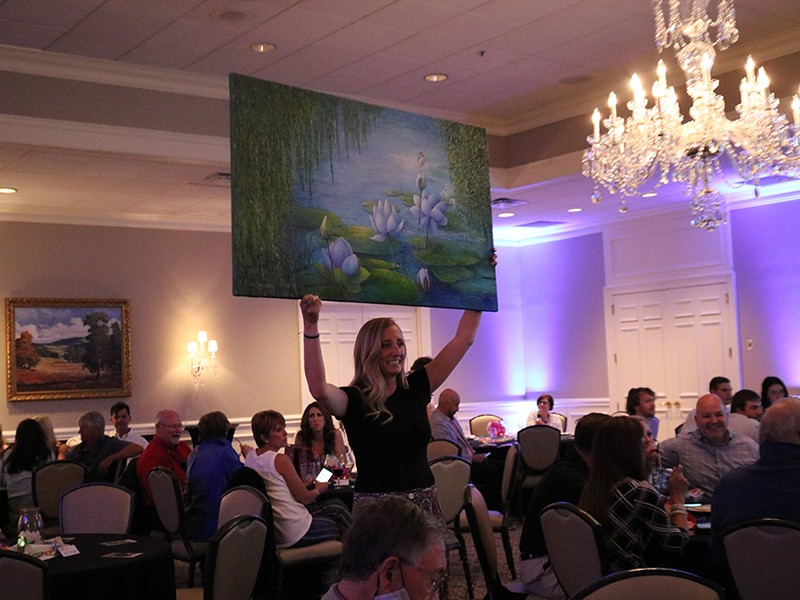 Sam Threadgill, marketing director for HSNEGA, holds up a piece of artwork for the live auction portion of the shelter's annual Art with Heart fundraiser. The fundraiser was held Saturday at the Chattahoochee Country Club. (Photo credit: Lindsey Dyches) 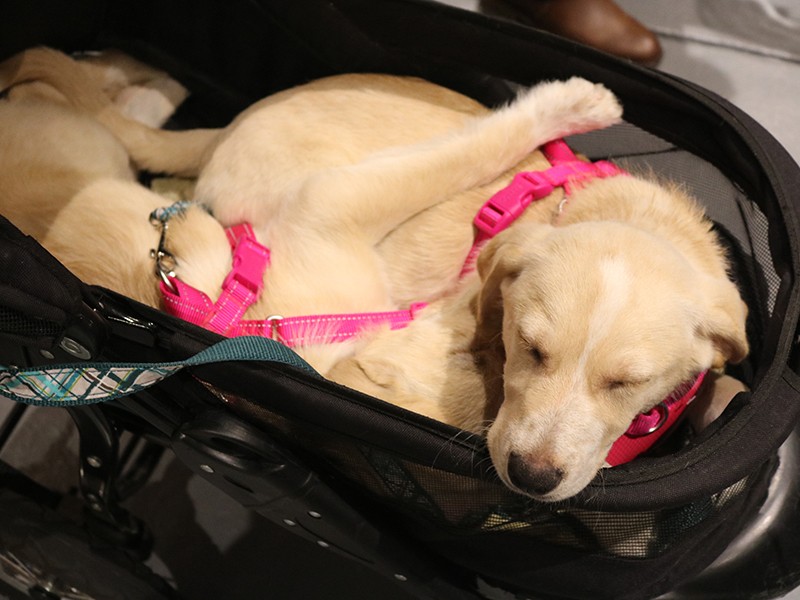 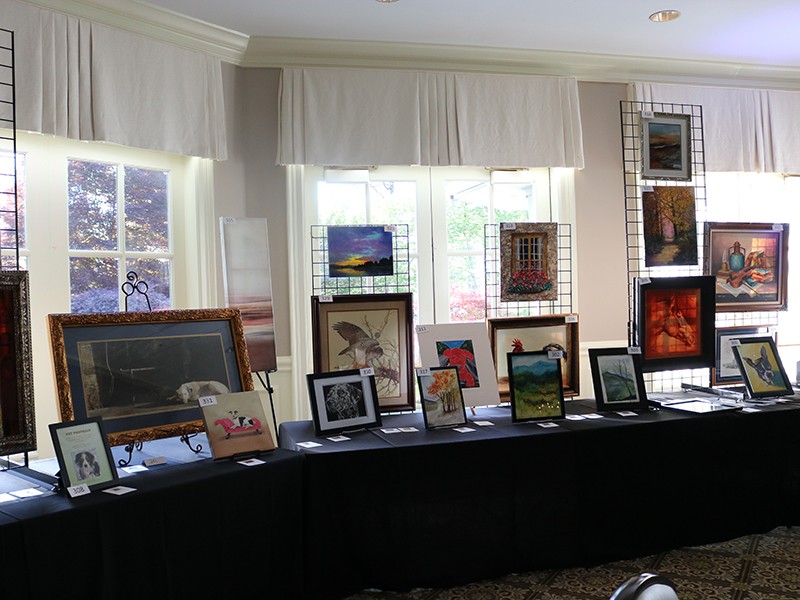 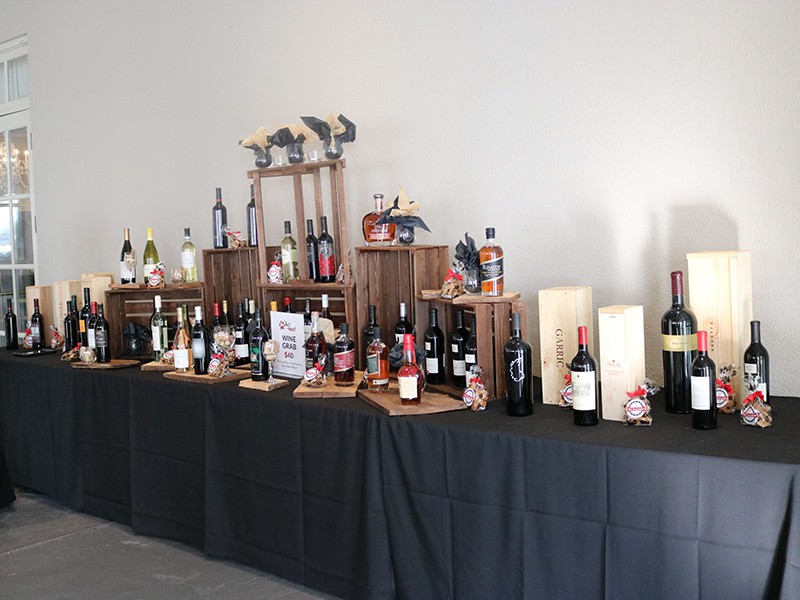 The Humane Society of Northeast Georgia hosted their annual Art with Heart fundraiser Saturday night in a new format- half of the patrons were at the event in person, while the other half attended via Zoom.

"We actually think it went really smoothly for the first time doing it and people really enjoyed that aspect of being able to feel like they were there, as well,” said Sam Threadgill, marketing director for HSNEGA.

The event featured a silent and live art auction at the Chattahoochee Country Club with pieces donated from members of the community. Art with Heart is the first large-scale fundraiser that the shelter has hosted since the start of the COVID-19 pandemic.

Despite the impact of the pandemic, Threadgill said that shelter staff were surprised by the amount raised at the fundraiser. She said overall tickets sales were down because of the new format, but more money was raised through the appeal portion of the event just before the live auction.

"Oddly enough, our appeal, which is the presentation about the rescues and what different amounts do to support things, that actually did 10k dollars over budget, but the auction itself was a little less [than expected],” said Threadgill.

An anonymous donor had previously agreed to match any dollar amount offered during the appeal up to $10,000.

Threadgill said that as of the most recent count, the event had raised $181,000.

Money collected from Art with Heart goes directly to caring for and helping the rescues, according to Threadgill.

"Everything we fundraise for is for rescue and adoption, so that's whether we get an animal that has a broken leg and needs a surgery, or just an animal that needs to be rehomed or cared for until they can find a home,” she said.

In addition to bidding for artwork, attendees could participate in a wine and whiskey grab, bid on basket items and purchase an Art with Heart shirt.

Threadgill said that HSNEGA staff have been making calls this week to ask for feedback about the new format of the event. So far, the response has been positive, both among virtual and in-person attendees.

"I think it was nice for people just to get back out in public and get to be around people again,” said Threadgill.

She added that credit for the success of the event goes to the group responsible for planning it, the Art with Heart committee.