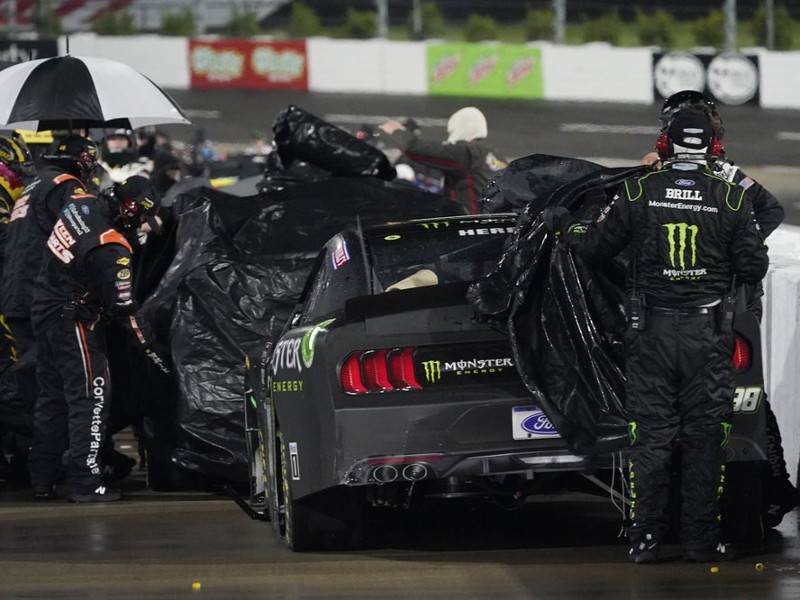 With 89 laps in the books, the battle for the lead in the NASCAR Xfinity Series race at Martinsville Speedway on Friday night was between Josh Berry and Brandon Jones.

But two laps later, it was Mother Nature who scored the win, as the skies opened up and the Cook Out 250 was halted.

The rains continued to fall, and despite the best efforts to dry the track, the persistent precipitation won out in the end, pushing the conclusion of the race to Sunday at noon.

The race was halted on lap 92, some 30 laps short of the end of the second segment of the event.  Had the race reached that point, it could have been called official.

Instead, NASCAR will try to get the remaining 158 laps in to conclude the event Saturday afternoon.

When the race resumes, Atlanta, Georgia racer Brandon Jones will hold the lead, with short track ace Josh Berry in second.  Daniel Hemric sits in third, with Brett Moffitt in fourth and Jeb Burton in fifth.

WDUN will have live MRN Radio coverage of the conclusion of the NASCAR Xfinity Series Cook Out 250 from Martinsville Speedway beginning at 12 pm on Sunday on 102.9 FM and streaming live on AccessWDUN.