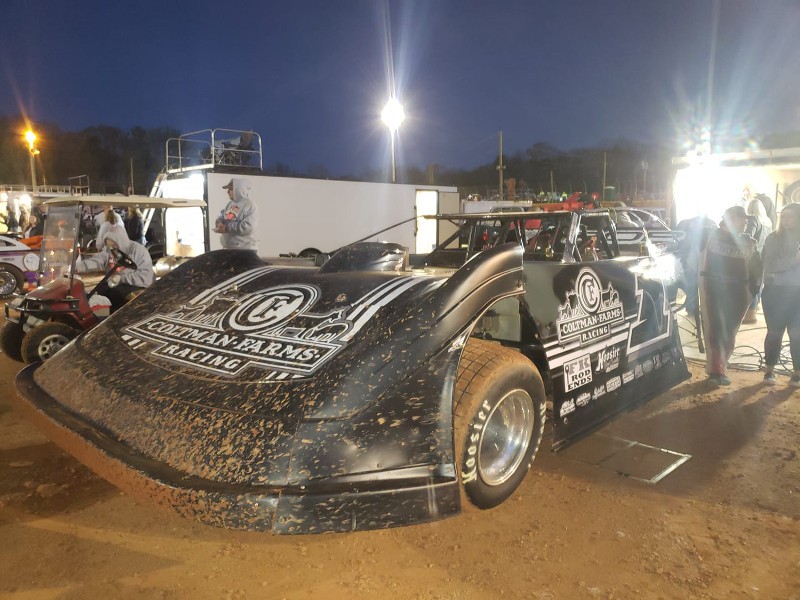 Kenny Collins had some stiff competition for the win in Friday night’s Limited Late Model feature at Georgia’s Lavonia Speedway, but in the end, he came away with the victory.

The Colbert, Georgia racer battled early on with Payton Freeman, who won earlier in the year at the 3/8-mile clay raceway. Over the closing laps, Collins was able to pull away en route to the win.

Freeman had to settle for a second place result, followed by Taylor Puckett in third, Joseph Brown in fourth and Frankie Beard in fifth.

In other action, David McCoy led flag-to-flag to score the victory in the 602 Late Model feature. Daniel Doster finished in second, with Devon Morgan in third, Hoyt Partain in fourth and Sterling Helm in fifth.

Josh Hellams topped the Modified Street field to record the feature victory, holding off Chad Puckett to get the win. Chris Cape followed in third, with Brandon Chandler in fourth and Josh Tatum in fifth.

Josh Thurmond took home the victory in the 602 Open Wheel Modified feature, with David Dove in second, Chris Nickerson in third, Brian Nickerson in fourth and Tanner Nation in fifth.

It was a back, and forth battle between Bryson Briscoe and Chase Stevens in the Young Guns feature, with the duo exchanging the lead several times. In the end, it was Briscoe scoring his first career victory. Stevens finished in second, followed by Koltin Bryant in third and Landon Payne in fourth.

Chris Harvell took the lead late in the going in the Georgia Enduro feature, and went on to pick up the win. Morris Lester finished in second, with Jacob Gamble in third, Kenny Dobbs in fourth and Anthony Mason in fifth.