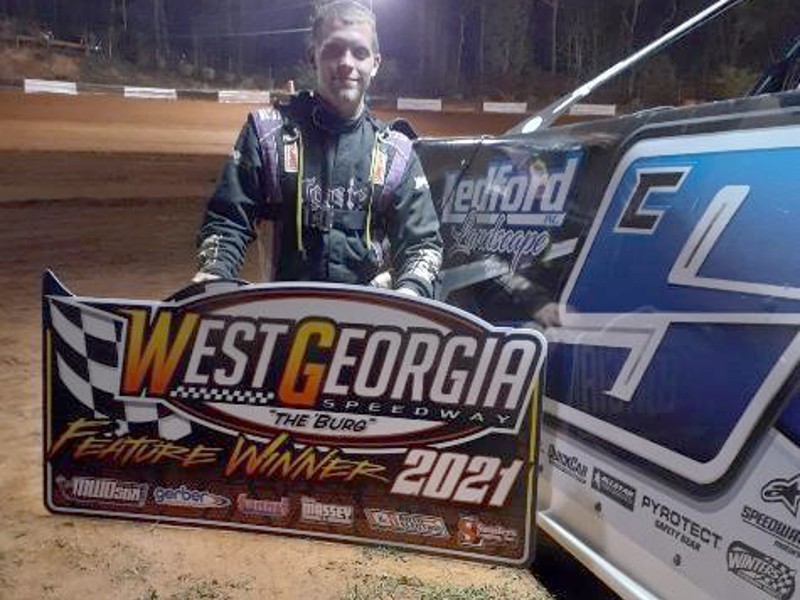 Whitesburg, Ga. - Cass Fowler opened up the 2021 season at West Georgia Speedway in Whitesburg, Georgia with a win in the Summit Racing Equipment Late Model Sportsman feature on Saturday night.

Fowler, from Acworth, Georgia, closed the gap on leader Corey Payton in lap traffic on lap 14. Fowler took the lead on the backstretch, only to see Payton make a bid to retake the lead in turn three with the duo making brief contact.

While both drivers were able to continue, the contact allowed Daniel Brewer to close on the leaders, making it a three car battle for the win.

Fowler held off Payton and Brewer over the final four laps to nab the win.

In other action, Blant Duke bypassed polesitter Kyler Haygood on the drop of the green flag and went on to score the Crate Late Model feature victory. Michael Page finished in second, with Austin Horton in third, Jake Traylor in fourth and Marty Massey in fifth.

Shane Gulledge was flagged the winner in the Sanders Logging Hobby feature, but he was stripped of his win when he came through tech and lead inspector Kip Stanfill recognized he was not running the correct tires. The win was handed over to James Swanger.

Other winners on the night included David Brackett in the Massey Towing Mini Stocks and Rick Ricks Hot Shots.