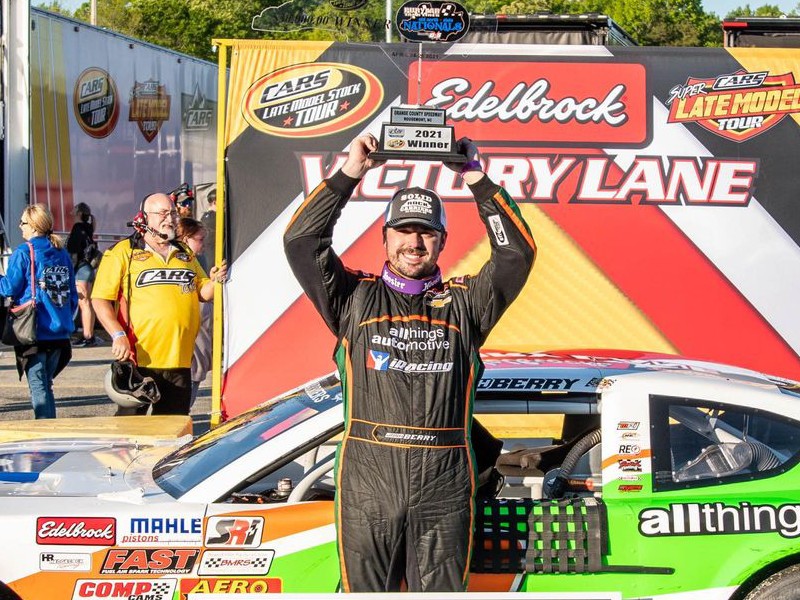 Josh Berry made the most of his CARS Tour return Sunday afternoon to win the Old North State Nationals at Orange County Speedway in Rougemont, North Carolina.

Deac McCaskill, who had a shot at the win, finished second. Tyler Matthews finished third, making it back-to-back podium finishes dating back to his last outing with the series at Hickory on March 20.

Berry used strategy to gain track position on lap 46 choosing to stay out when many of the other competitors chose to pit. Despite being at the lead point for 153 of the 200 laps Berry had to hold of multiple charges from McCaskill.

Berry’s win made it back-to-back $30,000 paydays after winning last year’s edition held at South Carolina’s Greenville-Pickens Speedway. The win was number 20 in his series career, 12 more than the second closest competitor. The big payday also pushed Berry’s career earnings to over $214,000, which is again best all time in series history.

Bobby McCarty came away with a sixth place finish and will take command of the championship points lead over rookie Sam Butler, whose misfortunes left him with a disappointing last place finish Sunday afternoon.