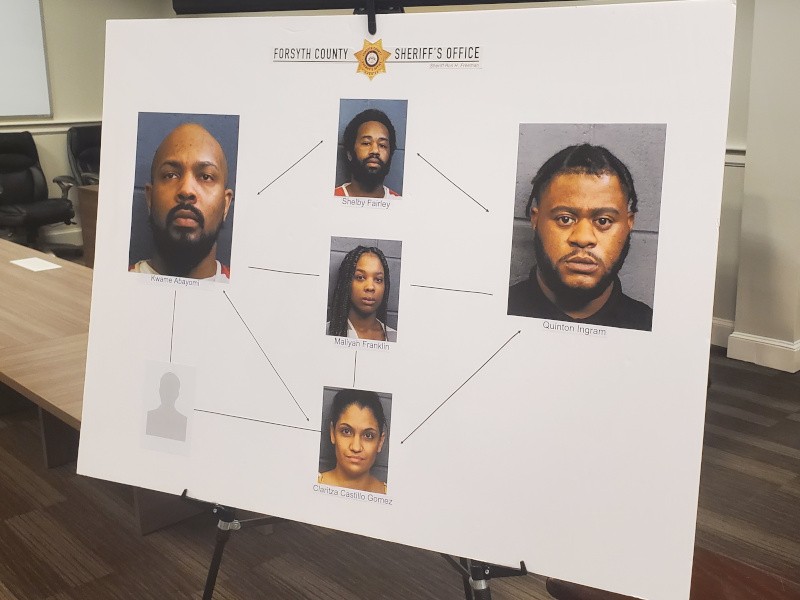 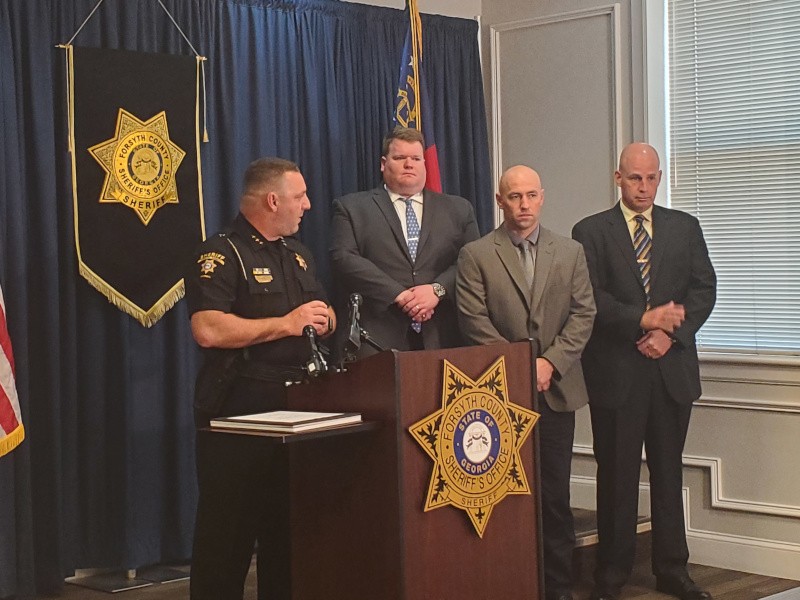 Five individuals, including two Forsyth County Jail inmates, are each facing a conspiracy to commit a felony charge after a failed murder-for-hire plot.

According to Forsyth County Sheriff Ron Freeman, Kwame Abayomi, 31, of Douglasville, Georgia was in jail on charges connected to an armed robbery in November of 2017. Abayomi's armed robbery trial had been delayed due to COVID-19 protocols and was set to resume soon.

Sheriff Freeman said Abayomi then allegedly attempted to hire a hitman to kill the victim in the original armed robbery case to prevent them from testifying in the trial.

"He coordinated with two females, a cellmate and another individual," Freeman said. "Now, they used various means of communication included coded messages to facilitate the hiring of a hitman to ultimately [attempt to] murder our victim."

Fairley and Ingram continued to communicate about the plan to murder the original victim, according to Freeman.

Aside from Fairley, Abayomi received assistance in the case from Claritza Castillo Gomez, 30, and Maliyah Franklin, 19, both of Douglasville. According to Freeman, Gomez is the mother of Abayomi's children, and Franklin is Abayomi's current girlfriend.

Gomez reportedly handled Abayomi's "business," while he was in jail, including facilitating the money to hire the first hitman. Freeman said the first hitman took the money from Gomez and then did not carry out the hit on the original armed robbery victim.

Upon Gomez's arrest, investigators found personal information about the victim, including their address, their picture and their parents' address in her possession.

Likewise, Franklin also had personal information about the victim in her possession at the time of her arrest. Franklin is accused of communicating and providing the money to the second hitman, Quinton Ingram, on behalf of Abayomi.

According to Freeman, the hit was placed on the victim for approximately $6,000.

The victim, whose name was not released for privacy reasons, released a statement after the five individuals were charged and arrested.

"When I was made aware the suspect in my robber case wanted to have me murdered, obviously I was concerned and scared," the victim said in a statement released by the Forsyth County Sheriff's Office. "This all seemed surreal and something you would see in the movies. To receive the news all the people involved have been arrested is a sigh of relief."

Editor's note: An earlier version of this story incorrectly identified the hometowns of several of the suspects due to incorrect information provided by a source. 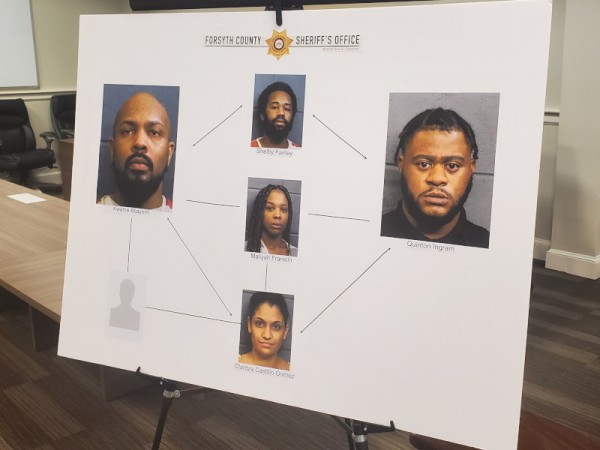 5 charged in failed Forsyth County murder-for-hire plot
Five individuals, including two Forsyth County Jail inmates, are each facing a conspiracy to commit a felony charge after a failed murder for hire plot. 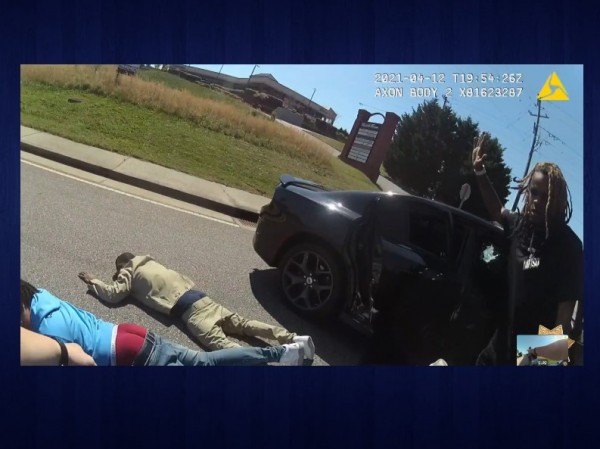 Ski masks, guns found in car that fled from Forsyth County deputies
A police chase in Forsyth County ends with three suspects in jail, two of whom are violent criminals.
By Kimberly Sizemore

Man arrested after SWAT standoff in Forsyth County neighborhood
An armed man was arrested Wednesday night after a standoff with SWAT team members from the Forsyth County Sheriff's Office.
By AccessWDUN Staff 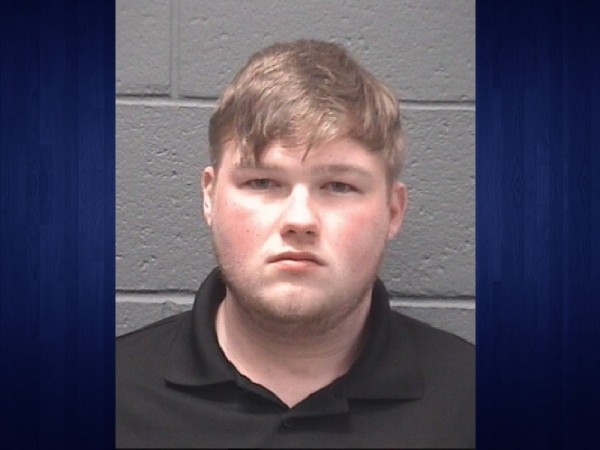 Suspect identified in stabbing at The Collection at Forsyth
The Forsyth County Sheriff's has identified the suspect in Friday's stabbing as Christopher Hamill, 19, of Alpharetta.
By Tara Brolley 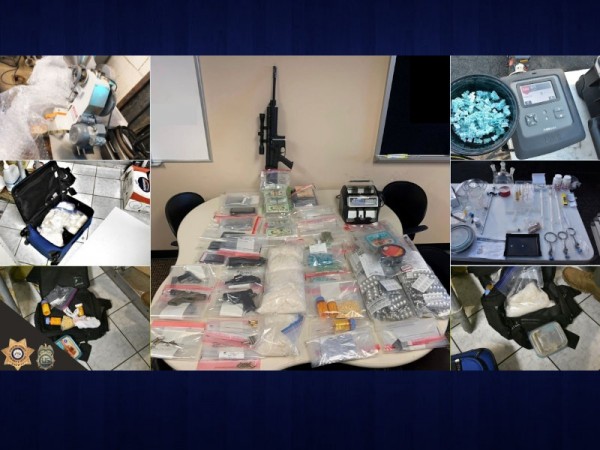