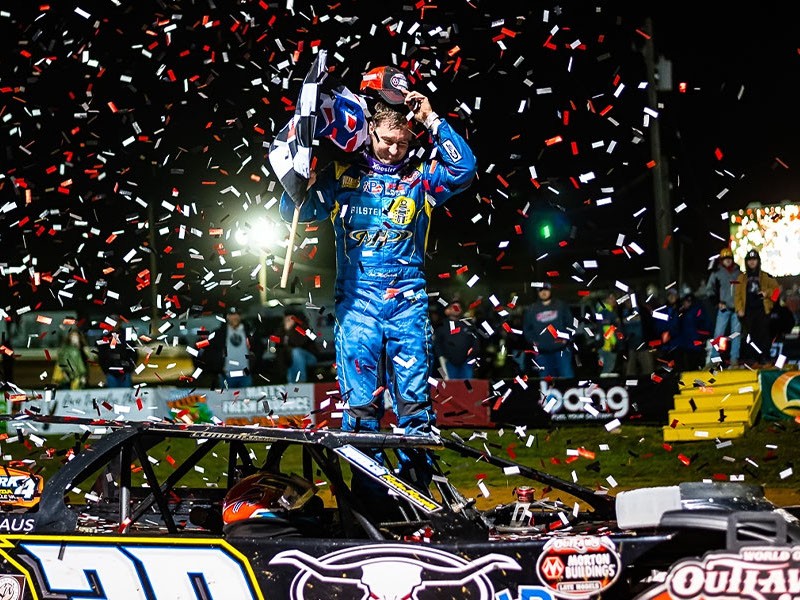 “I knew (Madden) was really good and I wasn’t going to be able to snooker him, so I thought let’s just roll the top and see if there’s anything up there,” McCreadie said.

After passing Madden, McCreadie tried to find comfort around the bottom of the track, but Madden began making up ground around the top.

With Madden on his tail, McCreadie returned to the top to stop Madden’s momentum.

“(Madden) moved up and started getting back to me, and my crew moved me up, and that’s when I noticed the sticks started moving farther apart again,” McCreadie said. “At that point I knew once (the track) latched down I’d probably be OK.”

It marks the 33rd career series win for the Watertown, New York racer, tying him with Scott Bloomquist for seventh on the all-time win list.

Madden had to settle for second, with Scott James in third, Ricky Weiss in fourth and Tyler Bruening in fifth.