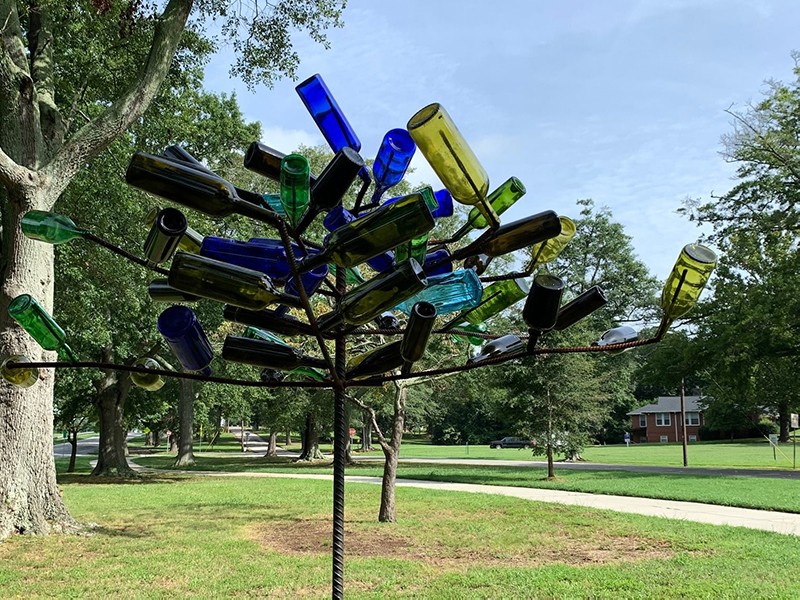 With only nine years left until 2030, members of Vision 2030 are planning to complete their remaining projects, as well as look ahead to 2050.

“We are kind of narrowing down our goals, we have these big idea goals and we’re trying to narrow them down for the next one to three years and then we’ll do that again, all the while setting ourselves up to Vision 2050,” said Elizabeth Higgins, executive director of Vision 2030.

Higgins emphasized that the future of Vision 2030 relies heavily on involvement from members of the younger generations.

“We have several of them involved now, but the people that came up with these big ideas in 2005 when this all started are aging out, so we need the input of this next generation,” said Higgins.

“That group has kind of plugged different people in, that group has sort of been a resource for other committees to introduce them to other interested people in the community that are moving here and are growing leaders,” said Higgins. “That whole committee helps us to better communicate with the world at large or the community at large in different ways.”

Higgins added that as time goes on, Vision 2030 members will look to these younger community members for their input on projects.

But while looking toward 2050, Higgins said there are still several projects in the near future for the Vision 2030 Public Art committee. One of these is a Latin-themed mural on the side of Supermercado Los Carrillo 2 on Athens Highway.

“It was a Latino artist that came up with it and [the mural is] going to be horse racing, which happens to be really big in the Latino culture here in Hall County…it’s gonna be really exciting to sort of share that story in art,” said Higgins.

According to Higgins, members of the local Latino community have volunteered to help paint the mural; painting should begin in April.

Other scheduled projects include additional bottle trees like the ones placed at Elachee Nature Science Center and “free range” art pieces for different locations in the community.

Higgins said the Vision 2030 Public Art committee is also still working to turn the Midland area of Gainesville into the Midland art district.

“I think more collaborations will probably happen in Gainesville for the Midland art district,” she said.

Anyone interested in joining Vision 2030 or the Vision 2030 Public Art committee can visit vision2030.org and click the “Get Involved” tab for more information. Higgins said that those who are interested are usually invited to sit in on a board meeting to learn more about the organization and volunteer opportunities.