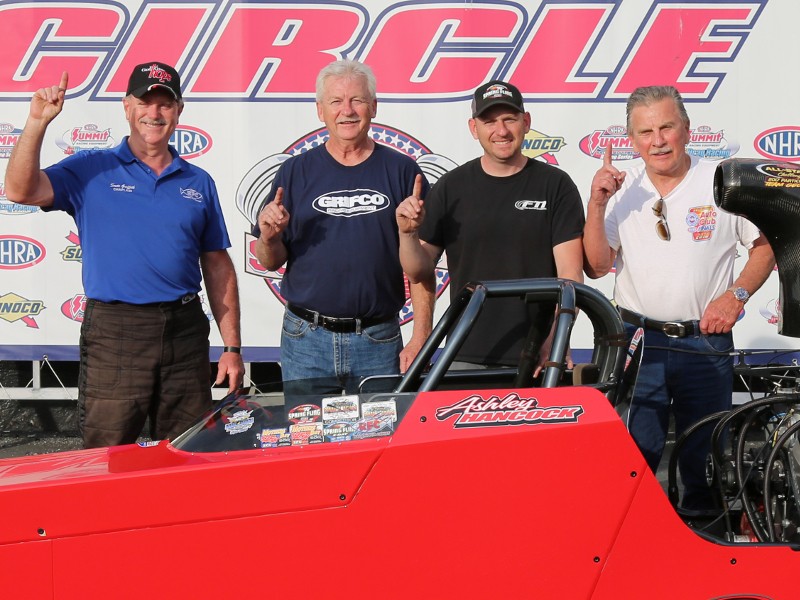 One week after his son, Jeremy, won in the division season opener, the Commerce, Georgia racer drove to the Super Pro victory.

It was an all Commerce native final, as Hancock faced off against fellow Commerce racer Susan Spikes to determine the division winner.

Other winners on the day included Steve Wagner in Pro, Sid Hopper in Sportsman, Ken Ford in Box Bike and No Box Bike, Jason Johnson in 5-9 Jr Dragster, Joshua Godge in 10-12 Jr Dragster and Michelle Vancica in 13-17 Jr Dragster.