Baseball: Bales, North Hall get even with Warriors 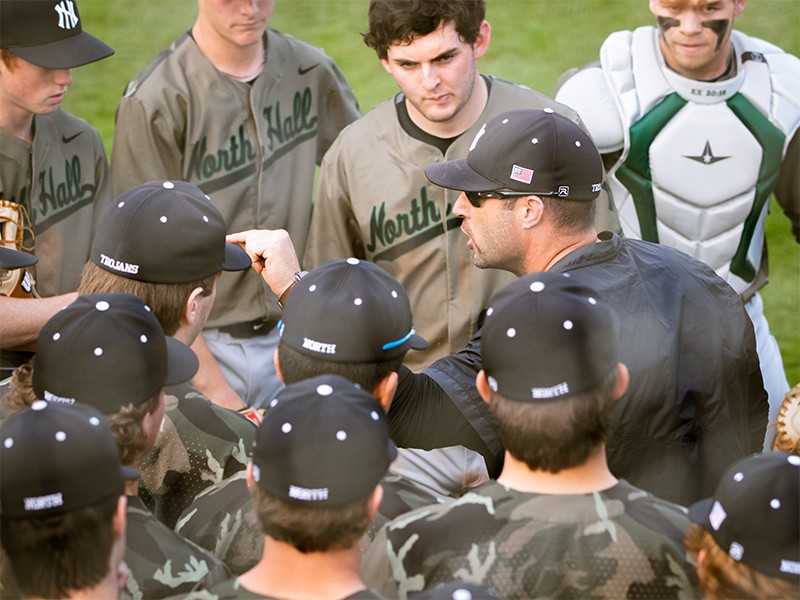 CLEVELAND — He didn’t look angry, but Jaret Bales sure pitched like it.

The North Hall junior scattered three hits, walked just two, and fanned four in helping the Trojans to a 2-0 win over White County on Wednesday at Warriors Field.

“My motivation was the anger of them beating us at home (on Monday),” Bales said. “This was a big win for us.”

Both North Hall runs were unearned as they took advantage of six walks and two untimely White County errors. The Trojans scored a run in the third when Tate Brooks singled and moved to third on an error and scored on an RBI groundout from Jace Bowen.

They pushed their lead to 2-0 in the fourth when Eli Reece walked and moved to third on a pair of wild pitches. Luke Erickson brought him in on a sacrifice fly to left.

White County’s Jake Johnson was equally tough despite taking the loss. The junior right-hander allowed just the one Brooks hit but walked six and hit a pair of batters in six-plus innings. However, he also stranded six North Hall baserunners to keep the Warriors within striking distance.

“Their guy was good out there also, and it was good to get the win," North Hall coach Trevor Flow said. "But right now we’re not sure we know our identity yet on offense. But that was probably the best game Jaret has thrown all season. He had three pitches working and really kept them off-balance.”

Johnson worked around a pair of two-out walks in the first and got a double play from his defense in the second. The Trojans stranded three runners, two in scoring position, in the first two innings wasting three Johnson walks.

Bales got the Warriors in order in the first but Nate Bray opened the Warriors’ second with a double to right. However, Bray stumbled rounding second trying to stretch it to a triple, and was gunned down trying to get back to the bag. Bales fanned a pair of batters to get out of the second after hitting Dylan Sargent.

White County’s J. Ben Haynes singled with one out in the fourth but was picked off by Bales to end the threat. In the fifth Johnson worked around a hit batter.

White County had its best chance in the sixth as Johnson and Haynes both walked with two out. But Bales got Bray to ground out to second to end the inning and set the Warriors down in order in the seventh.

The two teams will head back to Lynn Cottrell Field on Friday in the rubber-match with outright possession of first place on the line. White County beat North Hall 4-1 in Monday’s series-opener.

“That’s a big game for both teams on Friday,” Flow said. “I expect it to be just like the first two.”