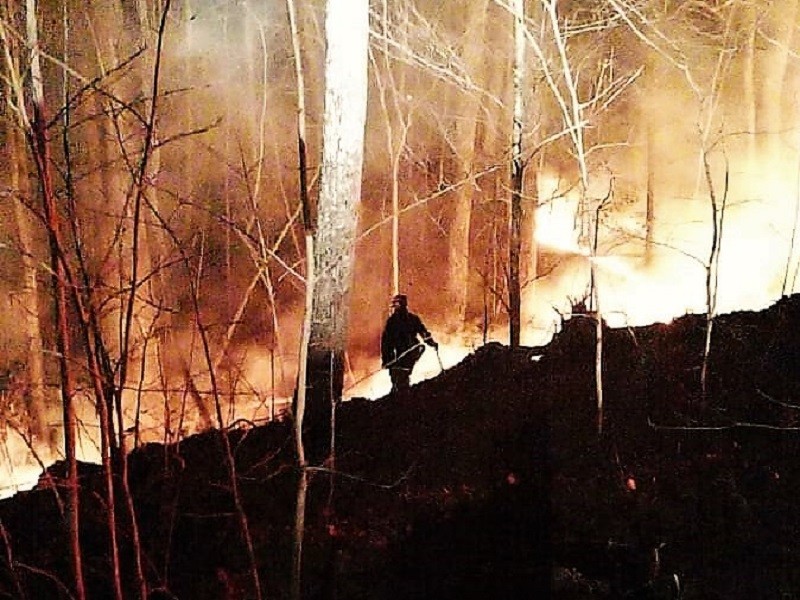 Firefighters monitor the spread of fire on Yonah Mountain in White County on Sunday. 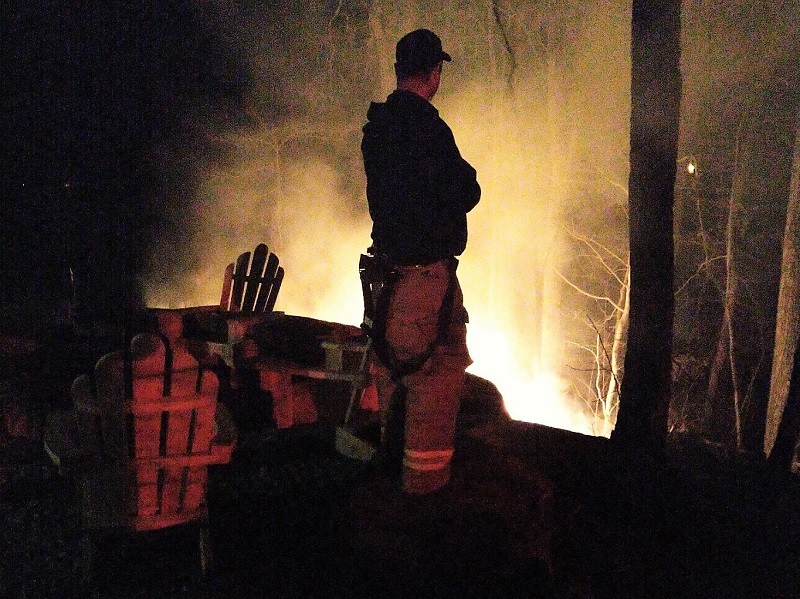 Firefighters from throughout White County were called to Yonah Mountain Sunday afternoon to protect homes threatened by a wildfire.

Murphy said the fire was caused by a malfunctioning flue pipe on a home.

“There were roughly five or six homes threatened up Yonah Mountain Road,” said White County Fire Chief Seth Weaver. “We had crews out with them, actually waiting for the fire to get to them where it was running up the mountain."

Forestry personnel used heavy equipment to plow a break around the fire and also conducted back burns through the evening, Murphy said.

No structures were damaged, and no injuries were reported.

A high fire danger statement had been issued by the National Weather Service earlier in the day.

Weaver said residents need to be mindful of low humidity that allows rapid spread of fire on dry groundcover.