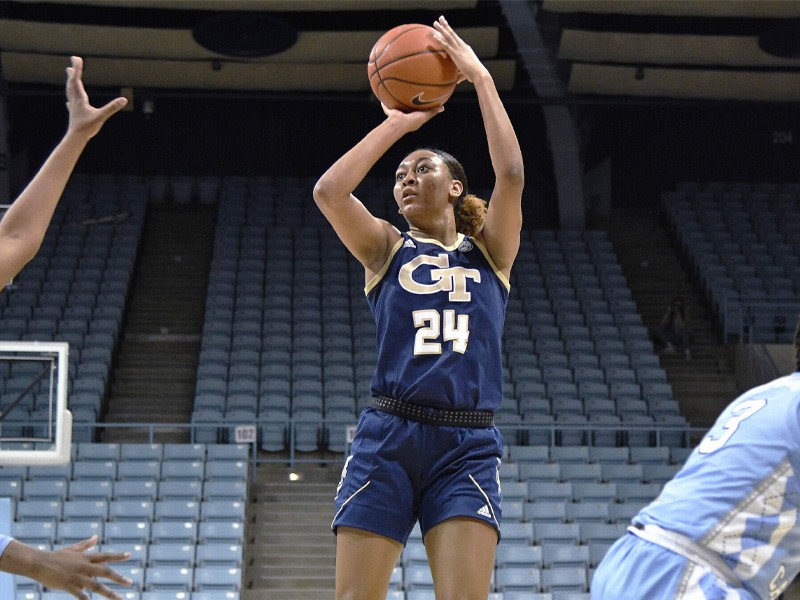 Lotta-Maj Lahtinen and Loyal McQueen contributed double-figures in the contest.

The Yellow Jackets (13-7, 11-6 ACC) took the lead in the opening frame following a Nerea Hermosa bucket, but the Tar Heels (12-9, 7-9 ACC) answered with a 33-10 run spanning the end of the quarter and the second stanza, opening a 20-point lead to hold a 46-24 advantage at halftime. Tech was limited to three field goals in the second quarter, while UNC shot 60 percent (12-20) from the field to gain momentum in the contest. UNC maintained a comfortable lead in the second half to secure the win.

For the game, Lahtinen led Tech with 17 points, followed by McQueen with 13 points. Lahtinen and McQueen both hit three three-pointers in the game as Tech finished with six. Lorela Cubaj nearly missed a double-double with a team-best nine rebounds and eight points. Tech shot 38.7 percent (24-62) from the field.

North Carolina was led in scoring by its starting five, all finishing in double-figures. Deja Kelly led the way with 22 points, while Janelle Bailey added 12 points and 10 rebounds. UNC won the rebounding battle, 41-28. 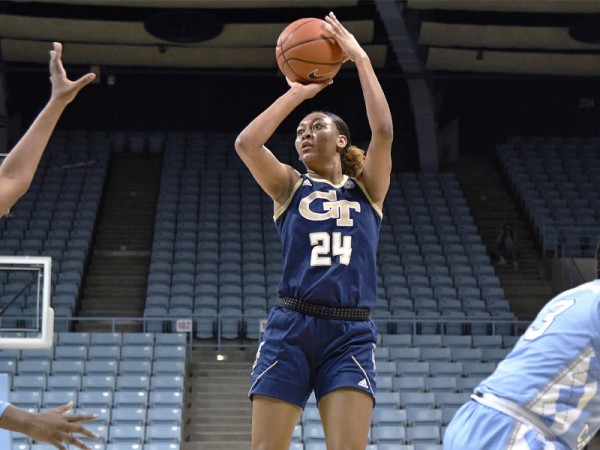 WBB: Tech rallies past Clemson, 71-69
Freshman Loyal McQueen scored eight of her 17 points in the final three minutes to lead the Georgia Tech women past Clemson 71-69 at McCamish Pavilion on Thursday.
By AccessWDUN Staff

Basketball: Jackets cruise past Hurricanes, 70-56
Four Yellow Jackets finished in double-figures led by Lorela Cubaj’s double-double as Georgia Tech cruised to a 70-56 victory over Miami in the Watsco Center on Thursday night.
By AccessWDUN Staff

North Carolina women top Ga Tech in ACC 80-73
Leah Church scored 20 points and Jocelyn Jones had 14, both career-highs, and eighth-seeded North Carolina pulled away from ninth-seeded Georgia Tech 80-73 in a battle between short-handed teams in the Atlantic Coast Conference tournament second round on Thursday.
By The Associated Press 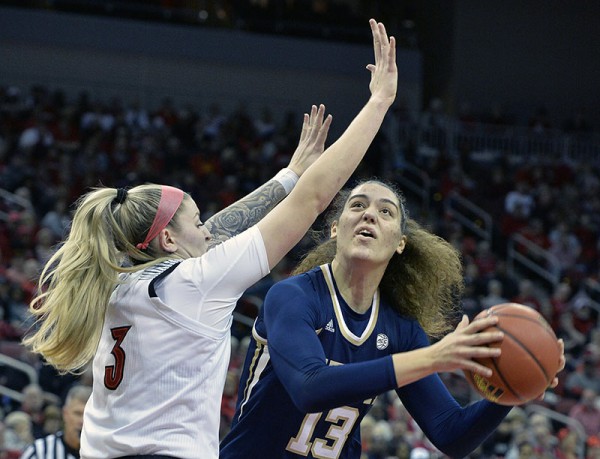 Durr, No. 2 Louisville beat Georgia Tech 61-44
No. 2 Louisville got back on track with a solid performance against Georgia Tech. Asia Durr led the way...
By The Associated Press
Privacy | User Agreement | Contact | Advertise With Us
2021 © Jacobs Media Corporation. All rights reserved. EEO Report. Website by Full Media
Login / My Access
close
Search