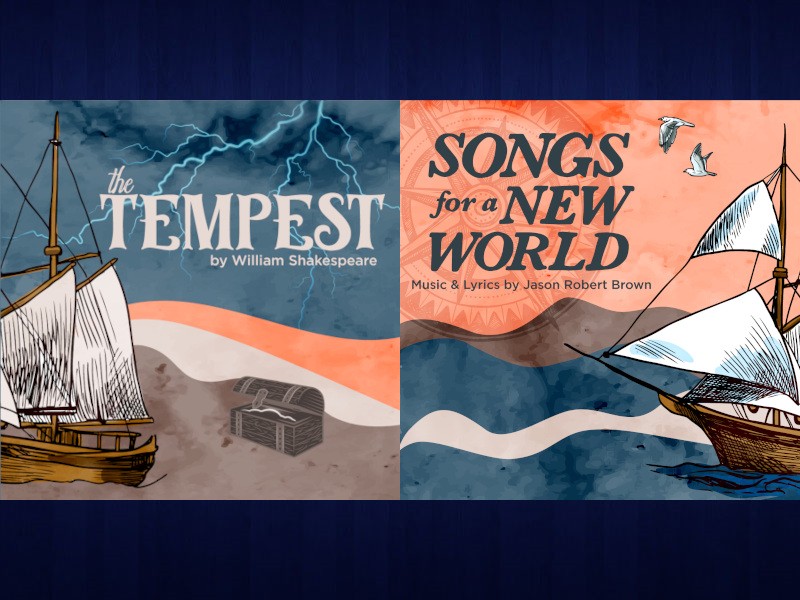 The Gainesville Theatre Alliance has announced they will release two digital performances online this spring through a collaboration with the University of North Georgia’s Film Department.

According to a press release from the Gainesville Theatre Alliance, “Songs for a New World” by Jason Robert Brown and “The Tempest” by William Shakespeare will stream online for free around the end of April or early May.

The decision to make both performances virtual was due to ongoing COVID-19 restrictions at both Brenau University and the University of North Georgia. The Gainesville Theatre Alliance is a nationally recognized collaboration between both schools, according to the release.

“Songs of a New World,” asks the audience to follow a series of individuals into the breach to find something new, according to the release.

“Surrounded by guides, the seekers in this song cycle traverse the unknown to find happiness, contentment, and rest – safe in the knowledge that everyone needs some help along the way,” the release reads.

“The Tempest” begins with characters searching through the wreckage of an abandoned shipwreck and discovering pieces left behind.

“This production … is an exploration in physical storytelling, particularly through masked (theatrical, not surgical) characterization. The ideas of family, forgiveness, power struggle, innocence, love and magic are all brought to life through stylized physical humor that only this type of theatre can provide,” reads the release.

This performance will be directed by Zechariah Pierce, BFA Acting Program Director with the Gainesville Theater Alliance and Associate Professor at the University of North Georgia.

Both productions are rated PG, according to the release.