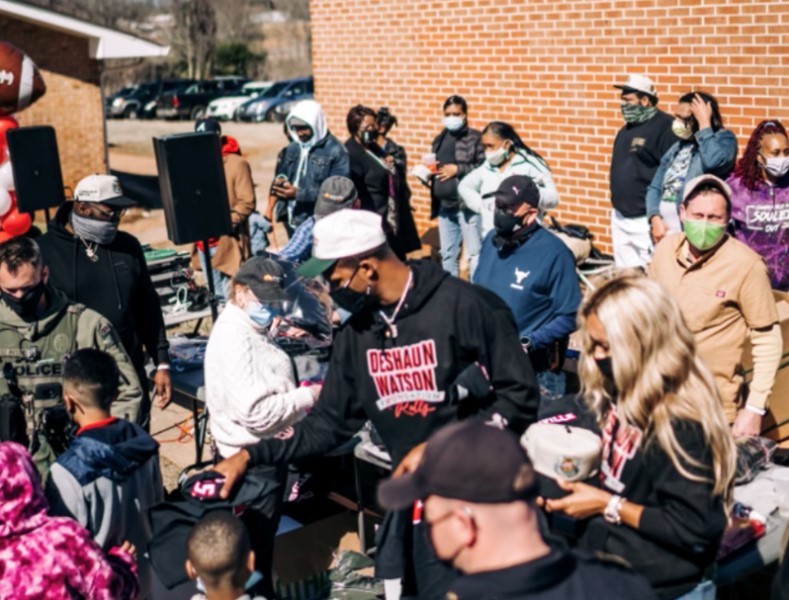 Deshaun Watson (center in white hat) is surrounded by residents of the Harrison Square community at a Sunday rally. (Photo: Deshaun Watson Foundation) 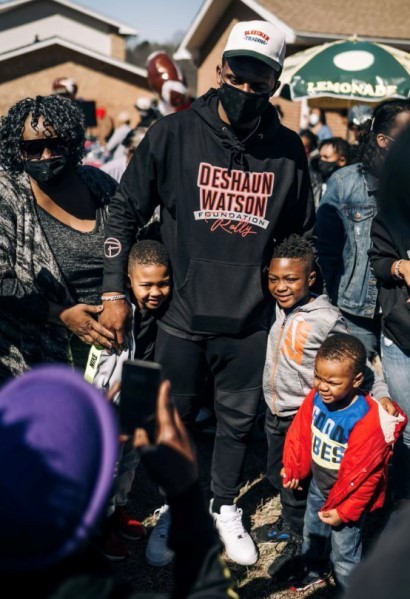 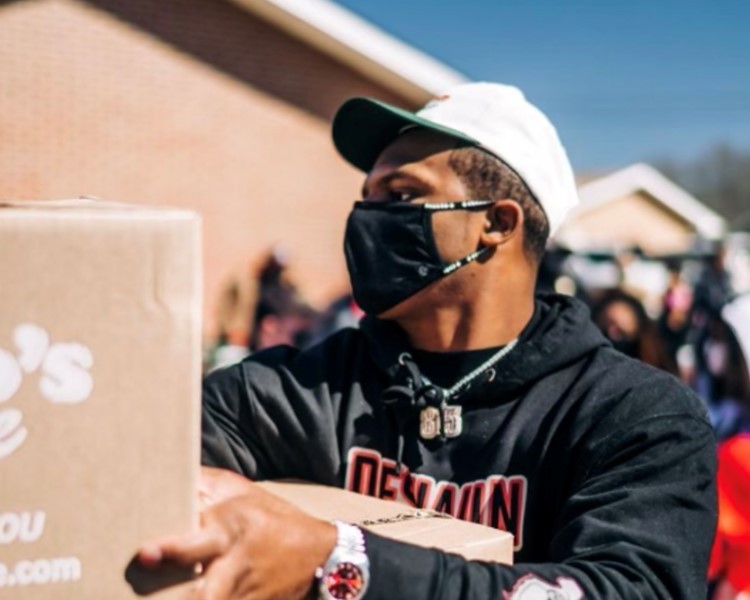 NFL star Deshaun Watson paid a visit to his hometown of Gainesville on Sunday, Feb. 21, reaching out specifically to youth in the city.

Watson's first stop was the Boys & Girls Clubs of Lanier for breakfast, but then he spent about three hours later in the day holding a rally at the Harrison Square community. Kids enjoyed games and activities, while volunteers, including officers with the Gainesville Police Department and members of Free Chapel Worship Center, distributed 10,000 pounds of food to residents of the housing community.

Watson, who was the starting quarterback for Gainesville High School and Clemson University, most recently played for the Houston Texans in the NFL.

He does philanthropic work through the Deshaun Watson Foundation, established in 2019 to further education, health and housing causes that support youth in underserved communities.