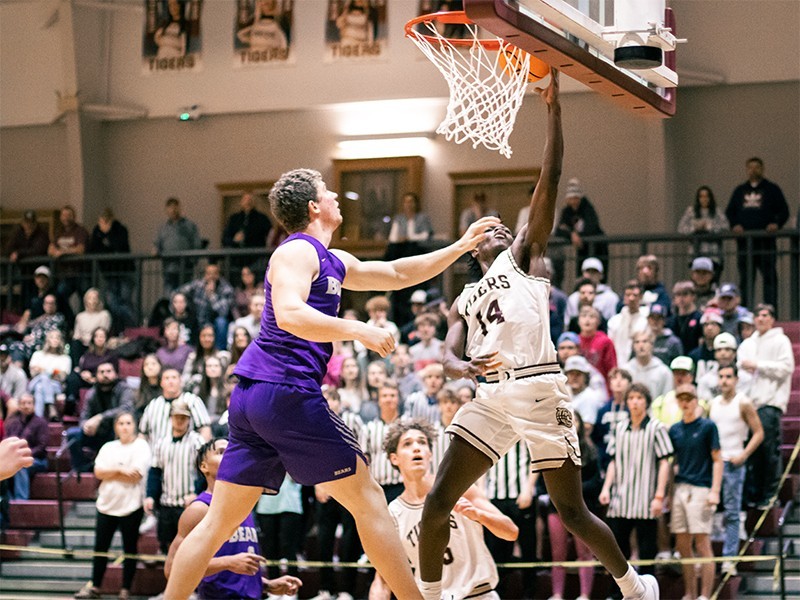 Dawson County's Joakeim Celestin was named Region 7-3A Player of the Year. The senior guard scored 34 points to lead the Tigers past White County in the championship game.
Photo/Seth Chapman, File
Contact Editor

Dawson County's Joakeim Celestin was named Region 7-3A Player of the Year, according to a release from the region on Thursday.

Celestin, a senior, scored 34 points, was 13-of-13 from the foul line and pulled six rebounds to lead the Dawson County boys to a 59-50 win over White County to win the Region 7-3A title. It was the Tigers' fourth straight appearance in the title game, and their third straight win.

White County and Dawson County both placed three players on the All-Region team.