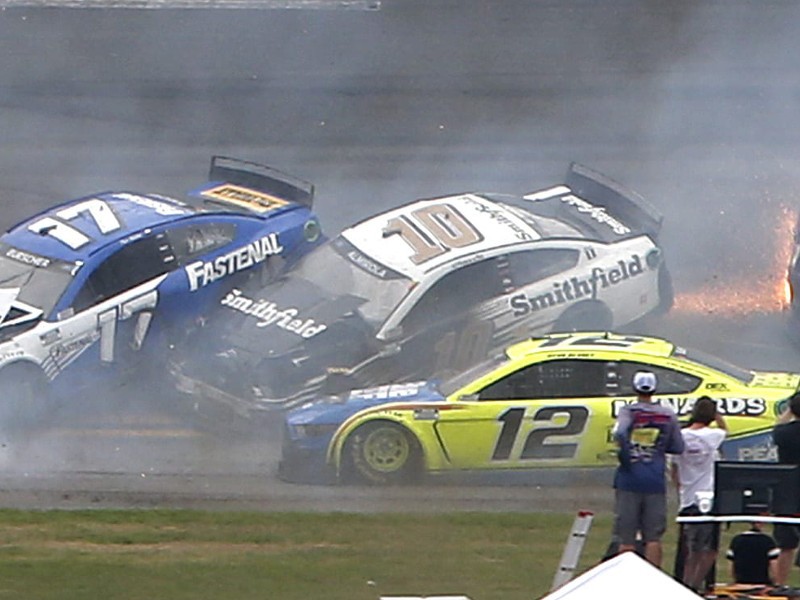 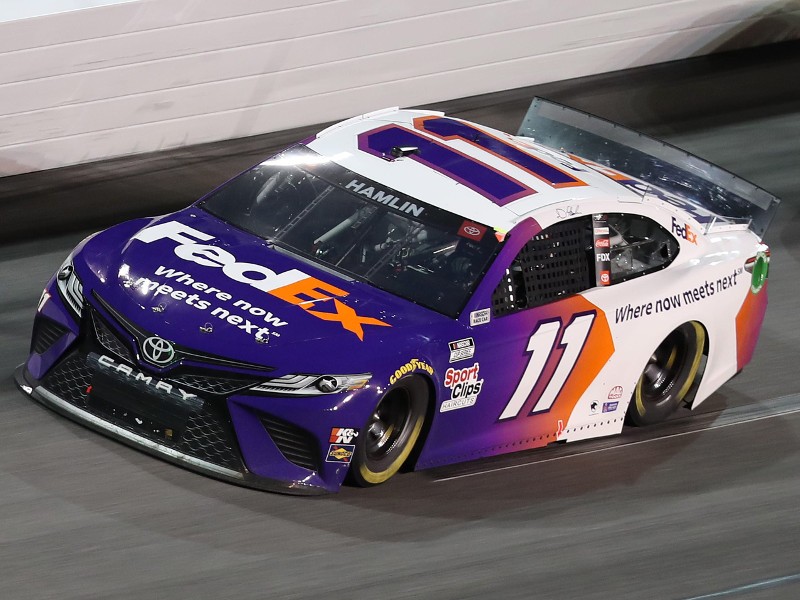 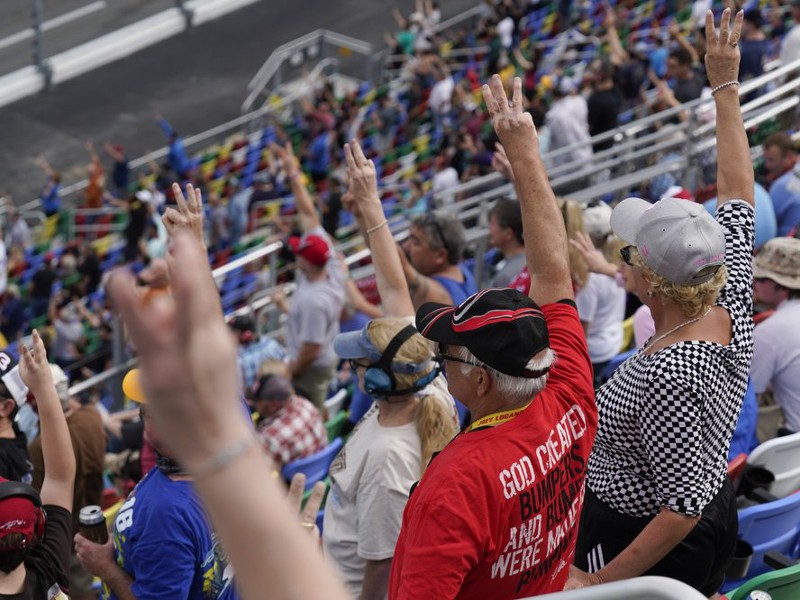 Just four days after taking the checked flag in one of the two 60-lap qualifying races on Thursday, Almirola found himself in a familiar spot in Sunday’s Daytona 500 – standing in the infield grass beside a wrecked race car through no fault of his own.

After starting third in the season-opening race, Almirola was running second on lap 15 when he was sent spinning off the front bumper of Christopher Bell, sending him up the track and into polesitter Alex Bowman, triggering a crash that collected 14 cars, including Bowman, Bubba Wallace, Ryan Newman, William Byron and Martin Truex, Jr.

It was Almirola’s third crash in the Daytona 500 in the last four years.

During the 2018 running of the event, Almirola was leading on the final lap when he got turned into the outside wall by Austin Dillon, who went on to win the race.

After being checked out in the infield care center, it was easy to see Almirola’s frustration.

“We were just getting pushed too hard too early. It’s a long, long race,” said Almirola. “Man, we were in a fine position, just sitting there riding around in the top two, three and the 20 just came with a big run and hit me really hard in a bad spot and it turned me to the right and tore up our race car and ended our Daytona 500 way too early.”

Hamlin Comes Up Short In Search For Three Straight 500’s

During the pre-race chatter leading up to Sunday’s Daytona 500, there was a lot of talk about Denny Hamlin, who came into the race as the favorite.

And for good reason. Hamlin entered the day as the three-time and defending winner of the “Great American Race” and with a chance to write history as the first driver to win three straight, having scored back-to-back wins in 2019 and 2020.

Hamlin made a good argument for his designation as the favorite. He seemed to be able to pass at will, and led 98 laps, the most on the day.

But the wheels came off for Hamlin on the final pit stop. Not that anything went wrong for his Joe Gibbs Racing team during the green flag stop. But the Ford teams had pitted together, as did the Chevy teams one lap later. Both groups came out in high speed packs that quickly got up to speed.

But when Hamlin led the smaller Toyota contingent down pit road, the four cars were spaced out. When they returned to the track, there was too much space between the four to be able to draft and get back up to speed as quickly.

Hamlin was soon overhauled by the pack, led by Joey Logano, and found himself sitting 12th as the laps wound down.

We didn’t execute too good on pit road,” said Hamlin. “It was just like the 125 (Duel race). We came out in front of everybody, and didn’t have any help to get up to speed. They all blew by us because they were single file, so it just took away the power that I got and that’s getting through traffic.”

While he made it back up to fifth by the end, he was not a contender for the win when the checkered flag flew.

“We were too far out front,” Hamlin said. “We got on-and-off pit road too good. I was just too far ahead of the pack. I figured the Chevys would make a move from two or three to go, because they are not going to win on the last lap from fifth or sixth. I was able to gain some positions. I think I was 12th and everybody was running single file, so it handcuffed me. I couldn’t really do anything. I hoped once I got to eighth as long as they make a move with two to go, I’m in the energy – in the area where I can make something happen. Dominant car, just a dominant car.”

Dale Earnhardt Remembered On Lap No. 3

This coming Thursday will mark the 20th anniversary of the passing of seven-time Cup Series Champion Dale Earnhardt, who was killed in a last-lap crash in the 2001 Daytona 500.

For the remainder of the 2001 season and for many years afterward, fans honored Earnhardt’s memory but holding up three fingers on lap three of each race.

Sunday was the 20th Daytona 500 race held since that tragic day in February, 2001, and on the third lap of this years race, fans again honored Earnhardt with a three-finger salute.

During their pre-race coverage, FOX Sports aired a segment featuring Dale Earnhardt, Jr., speaking about the anniversary of his father’s passing.

“In so many ways, it’s like he never left,” Earnhardt, Jr. said during the segment. “So much of him lives on – in me, in all those who feel his spirit in each and every day.

The team that Earnhardt left behind won two Daytona 500’s in the years after his passing – in 2007 with Kevin Harvick, and in 2018 with Austin Dillon driving the famous No.3 Chevrolet to victory.

“I remember that time and being a kid, seeing some of the people that I looked up to as being vulnerable at that time,” said Dillon, who is the grandson of team owner Richard Childress. “My grandfather, seeing tears in his eyes and my mother, and not really knowing what was going on other than we lost a hero of our sport. So many people have been affected by that.

“Going to the museum as a kid and seeing the flowers lined up and all the different homages to Dale over the years… it’s one of those things that you’ll never forget because a hero of sport passed away. Hopefully we have done a good job as a sport and as a whole of carrying on his legacy. Fans today are always still wearing his gear and rockin’ it for Dale.”