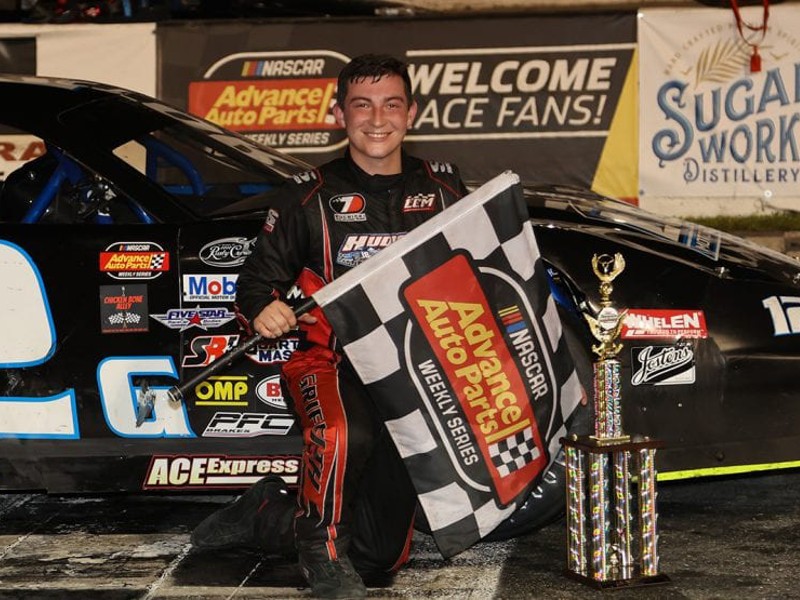 Griffith wrapped up his second-straight World Series title thanks in large part to three victories in seven races. He’s the first driver to win consecutive Super Late Model championships during the World Series since Pete Orr accomplished the feat from 1992-94.

Georgia Racing Hall of Famer Pete Hamilton (1974-75), Junior Hanley (1980-81) and Dick Trickle (1984-86) are the only other drivers to win consecutive Super Late Model championships in World Series competition, which dates back to 1968.

In recent years, drivers such as Bubba Pollard, Ty Majeski, Harrison Burton and Nasse have taken home the top honors to add their name to a list that includes Mark Martin, David Rodgers and Tom Pistone. None of them accomplished what Griffith did and successfully defended their crown.

“We work our butts off. We’re a small team from New Hampshire,” Griffith said. “To come down here and get a couple of race wins and a championship consecutively just means the world.”

Griffith, who hails from Hudson, New Hampshire, noted that he hopes his success the past two years at New Smyrna Speedway has proven just how good he and his small team can be against some of the nation’s top Super Late Model competitors.

“I think that we’re a really good team with the Super Late Model program,” Griffith said. “You look who won tonight, Nasse, and Bubba (Pollard) was in the field. Some of these guys have won the biggest races in the country multiple times.

“Nasse has won everything there is it seems like and so has Bubba, so to race with those guys all week and beat them a couple of times means the world.”

“The 51 car was pretty good tonight,” Nasse said in Victory Lane. “We worked real hard this weekend. We’re still off a little bit. We pulled through and got a lucky starting spot tonight being able to start on the front row. I feel like the key to winning something this week was starting on the front row.”

While the record books will show Nasse led every lap of the Orange Blossom 100 after starting on the pole, Nasse didn’t go unchallenged. Jesse Love, the reigning ARCA Menards Series West champion, hounded Nasse for the majority of the race.

At one point with less than 40 laps left Love managed to get alongside Nasse and the duo ran side-by-side, with Nasse edging Love at the start-finish line to lead the lap. Nasse was able to pull back ahead of Love shortly thereafter and within a few laps was able to pull away and build a comfortable gap.

With no caution flags to help Love close back in, Nasse cruised to his first victory in the Orange Blossom 100.

“I wasn’t really ever confident,” Nasse admitted. “The 21 car (Love) was really good all night. He definitely put some pressure on me and luckily we hit some lap cars and I was able to get a pretty good gap.”