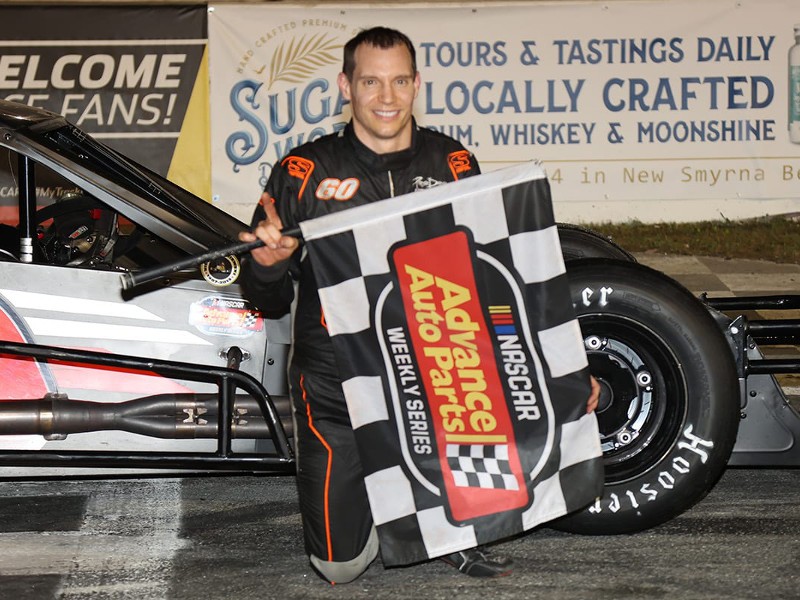 Tour-Type Modified leader Matt Hirschman, Super Late Model leader Derek Griffith and Pro Late Model leader Kody Swanson were all victorious on Thursday as the action ramped up ahead of the final two nights of racing at the half-mile asphalt oval.

Hirschman, the two-time and defending champion of the World Series in the Tour-Type Modified division, muscled his way past Jon McKennedy on the final lap. Hirschman has won the World Series title in three of the last four years and now heads into Friday’s finale, the Richie Evans Memorial 100, with a fourth title in his sights.

Front row starter Ronnie Williams started the race by taking the lead from polesitter Ron Silk, but Hirschman quickly went from fourth to second. They ran that way until the first caution waved with 11 laps complete.

After another caution for a crash in turn one during the restart, racing resumed and it was McKennedy who took advantage from the outside of the second row. McKennedy was able to get by Hirschman to take second before quickly turning his attention to Williams.

McKennedy dispatched Williams on lap 16, with Hirschman quickly following him around Williams to take second one lap later.

Hirschman would hound McKennedy for the next 18 laps, shadowing him in every turn as he looked for his way past. When the white flag waved Hirschman made his move, giving McKennedy’s rear bumper a shot with the nerf bar on his No. 60 to help McKennedy up the track.

That allowed Hirschman to get to McKennedy’s inside as they came out of turn two and down the backstretch. They stayed that way through turn three until Hirschman pushed McKennedy up the track in turn four, allowing Hirschman to pull ahead and beat McKennedy to the checkered flag.

“At least we got one because one is going to be tough to get this week,” said Hirschman.

After coming up one position short of his third victory of the week Wednesday, Griffith made sure not to miss out a second time.

Griffith dominated Thursday’s 35-lap Super Late Model feature, which was marred by a massive crash during an early restart.

The crash came after two single-car incidents slowed the field after one lap had been completed. Contact between Jacob Goede and Jesse Love, who were racing inside the top-five, resulted in a massive pileup in turn one that included 10 cars and completely blocked the track.

Racing resumed after a brief red-flag to clean up the mess in turn one, with Griffith in command ahead of Stephen Nasse, who tried multiple times to take the lead but was unable to complete the pass each time.

The last caution of the race would wave after 16 laps when R.J. Braun crashed in turns one and two. Griffith would get away from the field on the restart and he never looked back as he cruised to his third victory of the week heading into Saturday’s Orange Blossom Special 100 that will bring the World Series to a close.

“I’m just real happy. We’ve had a good car all week and some circumstances haven’t gone our way,” Griffith said. “Man, to get another one here…we’ve struggled down here for so many years. We had a really good year last year. It means the world to come down here and run good.”

Brad May slipped by Nasse during the final restart to finish second, his best finish of the week. Nasse, Sammy Smith and Connor Mosack completed the top-five.

After multiple near misses and three runner-up finishes, Kody Swanson finally earned his first victory in a stock car in the 35-lap Pro Late Model event.

Swanson dominated, but had to survive a restart with six laps left that saw Conner Jones pull ahead of the five-time USAC Silver Crown Series champion.

However, Jones was deemed to have jumped the restart and was ordered to give the lead back to Swanson, who would go on to lead the rest of the race to earn his first Pro Late Model victory and further extend his lead in the division standings ahead of Friday’s 100-lap finale.

“It’s hard to put into words, you know? I’ve had some opportunities to win and be close,” Swanson said as he fought back tears in Victory Lane. “Three second-place finishes, but I don’t want to win if we can’t do it the right way. Thankful for everyone on Team Platinum for all their effort and for hanging with us all week and for all the hard work.”