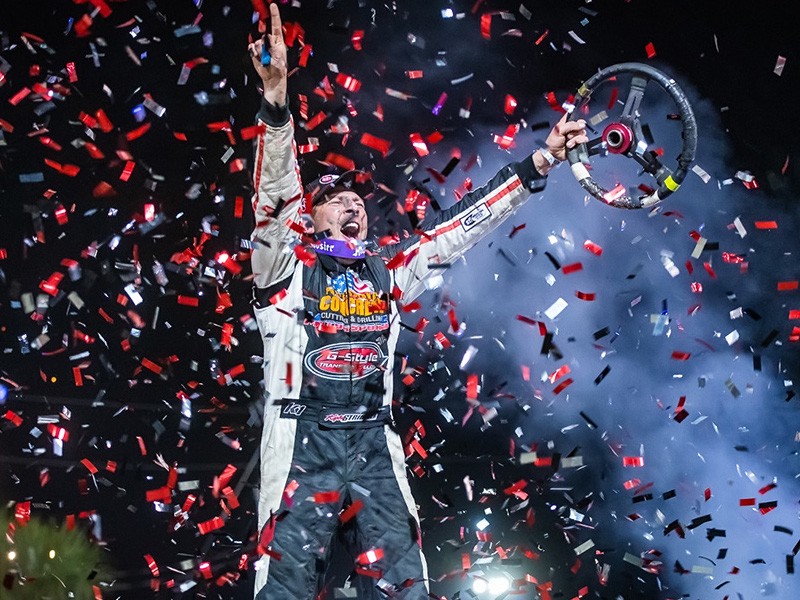 He fell from fourth to eighth in a lap, but by lap 34 he had worked back inside the top-four and was challenging for a podium finish. Then, with three laps to go, as the leader slowed to the wall, he reached the peak.

“We took that green, I went straight backward,” Strickler said with a chuckle. “I was like, ‘Man, we messed up and picked the wrong tire or made the wrong adjustment or something. Got to lap traffic there and all the leaders went to the top and the car really came to us. I said, ‘I’m not going to let a Modified guy beat me, I’m going to the front.’”

Strickler, a rookie, maintains the series points lead – 34 points ahead of Ricky Weiss – as he’s decided to join the World of Outlaws 2021 tour full-time with the PPC Motorsports team.

Hudson O’Neal finished in second, with Ricky Thornton in third, Jimmy Owens in fourth and Brian Shirley in fifth.

The World of Outlaws Morton Buildings Late Model Series is back in action on Thursday night at Volusia Speedway Park. For more information, visit WorldofOutlaws.com.