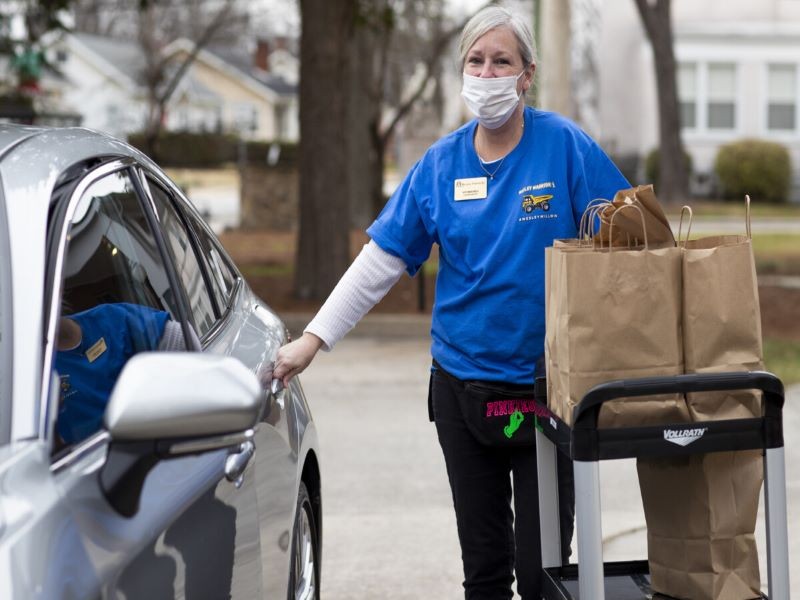 All cash proceeds from the meals are going to the Wesley Warriors Foundation Fund at the North Georgia Community Foundation. The fund helps nonprofits and initiatives that involve children and families affected by childhood cancer, and right now, it is providing Medi Teddy’s to patients at the Children’s Hospital of Atlanta.

Wesley’s Warriors has raised enough already to fund Medi Teddy’s for all of the cancer and blood disorder inpatient rooms at the Egleston and Scottish Rite hospitals in Atlanta. Now, they are trying to raise enough to have a Medi Teddy in every room at the Children’s Hospital of Atlanta.

“I want to help the children going through this,” Bell said. “I did this to make sure they had Medi Teddy’s to make their situation less traumatic. We got about quadruple the amount of orders we usually get. I knew the community would step up and rally together.”

More than $4,300 was raised Thursday for Wesley's Warriors and more fundraisers are planned for the future.