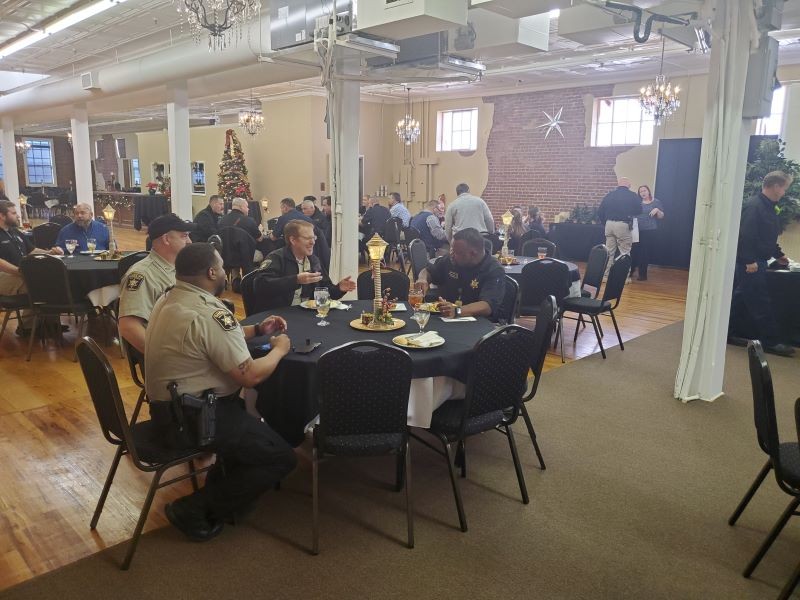 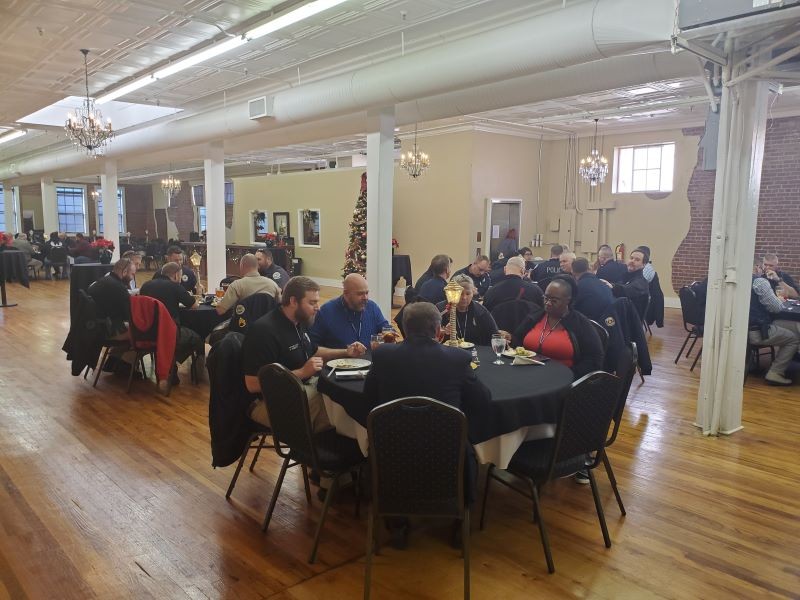 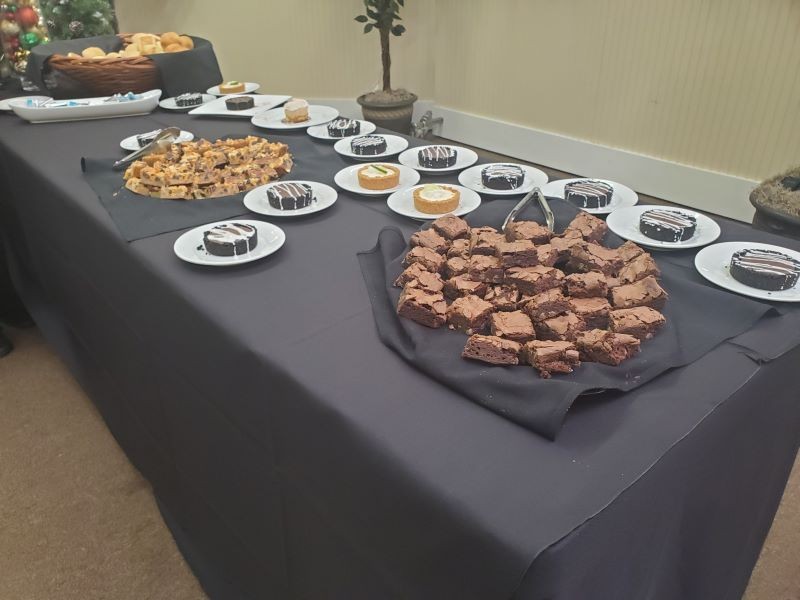 In a generous display of appreciation, Scott’s Downtown hosted the 6th Annual First Responders Luncheon. The Hall County Sheriff’s Office, Gainesville Police Department, and Fire Services were all treated to a special Christmas meal on Wednesday.

Hall County Sheriff Gerald Couch says that the guests look forward to this event each year. “Scott Dixon is a tremendous community supporter of all the first responders, and we can’t thank him enough. This is something that every member here looks forward to each and every year. We truly do. Scott has the best food around and it’s just a good time to come in and have great fellowship and we appreciate everything he does for us.”

This year guests were treated to a lunch buffet that included roasted turkey, beef tips, lasagna, vegetables and desserts to top it off. Those who couldn’t leave their positions to attend were sent a boxed lunch to enjoy.

Scott Dixon, owner of Scott’s Downtown said about 150 attendees were expected at the event. “The Annual First Responders Luncheon is a way for us to give back to the men and women who work so hard for us here in Gainesville.”

Scott’s Downtown just celebrated its 14th anniversary as a part of the Gainesville restaurant scene. Dixon says that, as a part of the community, it’s important to express gratitude to those who serve it. “It’s just become just such a great event for me personally,” says Dixon. “It’s a great community and these men and women do so much for the city. They’ve helped us out and helped protect everybody – especially during a time when everyone has already had so much extra on their plate. It’s very rewarding and fulfilling for me. I think it’s just part of the giving back.”

Gainesville Police Chief Jay Parrish says that getting to interact with different departments in a casual setting is one of the things that makes the event so special.  “We get to mix with the sheriff’s office, police department, fire services…  Most of the time when we see each other it’s in a time of a critical incident we don’t have time to talk. But you can look around and see the fellowship going on. This is really what the Christmas spirit is– somebody giving and everybody fellowshipping.”

Parrish adds that it’s nice to be treated to a great meal, as well.  “It’s not often we get to come to a five-star restaurant like Scotts. It’s some of the best food in town and it’s homemade. This is really what Christmas is all about – people giving and everybody fellowshipping.”