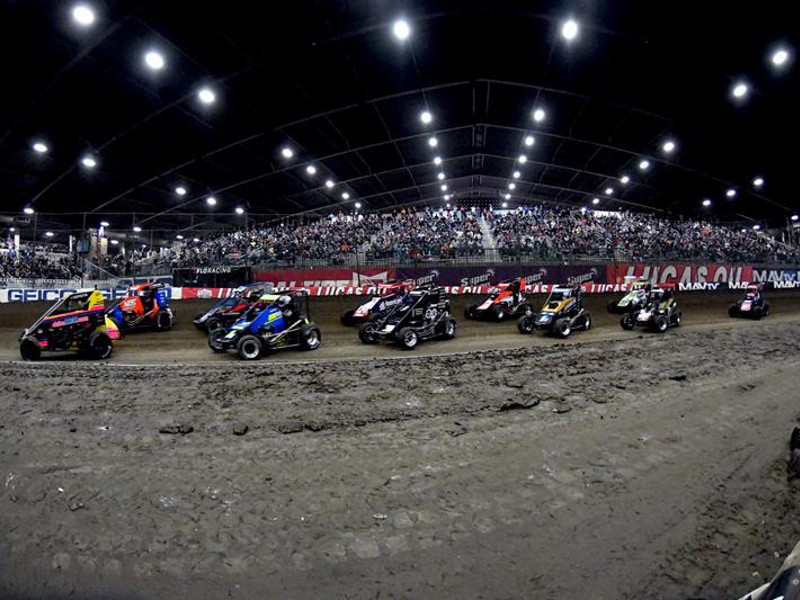 While many are dreaming of a white Christmas, several race car drivers are already dreaming of capturing the Golden Driller trophy as the winner of next month’s Chili Bowl Midget Nationals at Oklahoma’s Tulsa Expo Raceway.

Among the 364 entrants as of this past weekend are the past two NASCAR Cup Series champions, Kyle Larson and Chase Elliott.

Larson, the 2021 NASCAR Cup Series champion – and defending Chili Bowl winner – will be looking for his third consecutive victory in the event. Last year, the California native led wire-to-wire en route to his second straight win, holding off Justin Grant at the finish.

Dawsonville, Georgia’s Elliott will be looking to make his second attempt at the famed indoor event, driving the No. 9E for Kyle Larson Motorsports. Larson is also his teammate in the NASCAR Cup Series with Hendrick Motorsports.

Last year, Elliott made it up to the second F-Feature on Saturday night.

Three-time Chili Bowl winner Christopher Bell will also be competing, looking to add to his win total at the River Spirit Expo Center on an indoor quarter-mile dirt track.

Several other NASCAR drivers will be joining Larson and Elliott in the event, including Chase Briscoe, Alex Bowman, Tanner Berryhill, Kasey Kahne, and J.J. Yeley.

Another Peach State driver will join Elliott in trying to work his way to Saturday night’s A-Main race, as long-time open wheel competitor Michael Magic of Winder, Georgia will be piloting the No. 2X in competition.