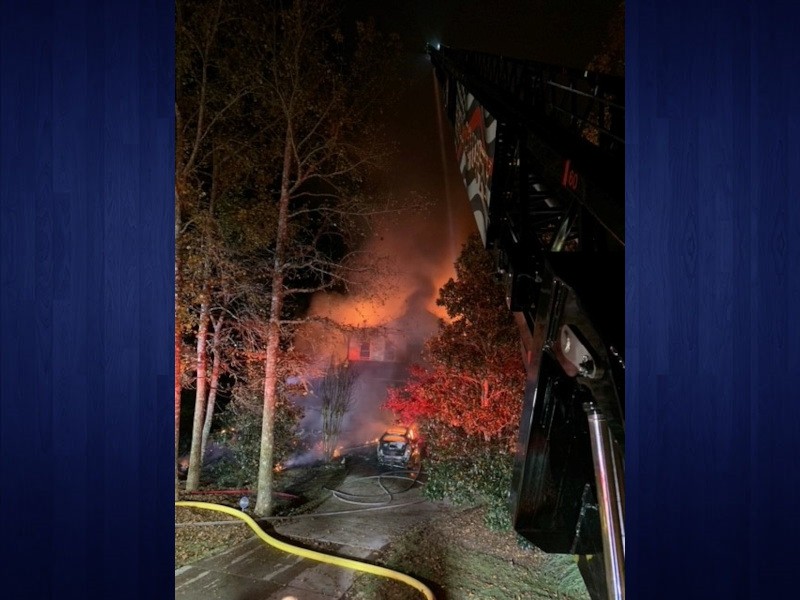 The two-story home was showing heavy fire from within when crews arrived. Grice said a vehicle in the driveway was also involved in the fire.

A neighbor informed crews that it was possible someone was inside the home. However, it was later determined that the homeowner was not home at the time of the fire.

The two firefighters suffered minor burns to their upper extremities, according to Grice. Both firefighters were transported to the hospital but were treated and released.

"When we go into homes and anytime we're faced with fire conditions there's a hazardous environment, and there is always a possibility of injury," Grice said.

The fire was extinguished, and the cause of the fire is now under investigation by the Hall County Fire Marshall's Office.