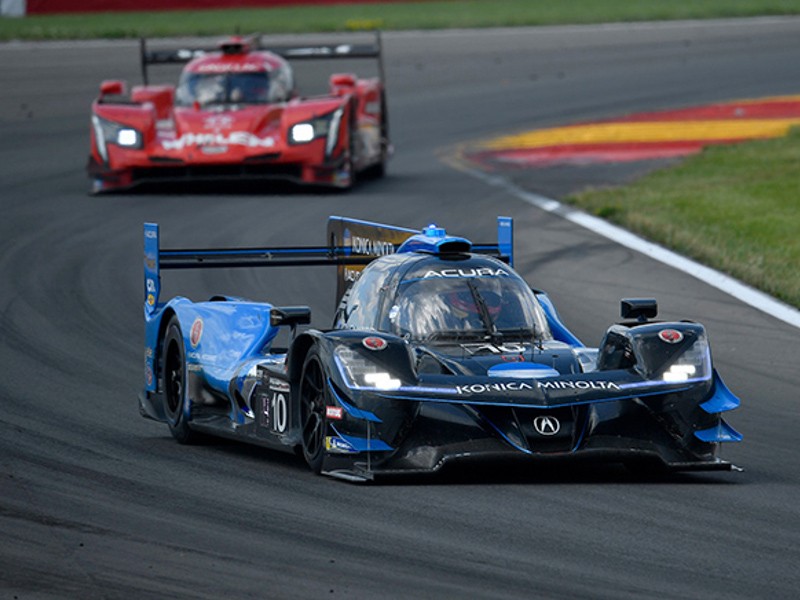 The IMSA WeatherTech SportsCar Championship that took the green flag for the Rolex 24 At Daytona at 3:40 p.m. ET Saturday, Jan. 30 will take the checkered flag in the Motul Petit Le Mans at around 10:10 p.m. this Saturday, Nov. 13.

This weekend will decide the manufacturer, team and driver titles in every class of the WeatherTech Championship. Indeed, it would take nearly as much time to read about all the various championship scenarios in Daytona Prototype international (DPi), Le Mans Prototype 2 (LMP2), Le Mans Prototype 3 (LMP3), GT Le Mans (GTLM) and GT Daytona (GTD) as it has taken to stage the 2021 IMSA season.

Some titles are all but wrapped up. PR1 Mathiasen Motorsports and drivers Ben Keating and Mikkel Jensen just need to start the race to clinch the LMP2 crown in the No. 52 ORECA LMP2 07. Same goes for Corvette Racing co-pilots Antonio Garcia and Jordan Taylor in the No. 3 Corvette C8.R. Chevrolet has already sealed the GTLM manufacturer title.

On the other hand, DPi is a winner-take-all affair (or at least highest finisher) featuring Wayne Taylor Racing’s No. 10 Konica Minolta Acura ARX-05 and the No. 31 Whelen Engineering Racing Cadillac DPi-V.R of Action Express Racing. Similarly, the No. 74 Riley Motorsports and No. 54 CORE autosport Liger JS P320s will duke it out for LMP3 team honors, with the driver title up for grabs between Riley’s Gar Robinson and CORE’s Jonathan Bennett and Colin Braun.

The championship machinations could well have a dramatic impact on race strategies of manufacturers, teams and drivers in the running for a class title who may forego a shot at winning the race in order to bolster their chances of taking the season’s overall laurels. Conversely, those not in the title reckoning can throw caution to the wind, as it were, and go for the race win.

As in any endurance race, the qualifying order is largely about bragging rights – though with qualifying points awarded this year, the few potentially gained on Friday could have a huge bearing on strategies for Saturday’s race as well as the championship outcomes.

Just as important, if not more, will be a car’s overall race pace – and not just for a stint or two. More to the point, not necessarily for the first 500 minutes of the 10-hour race. As with any long-distance race, be it the Indianapolis 500, Daytona 500, the Rolex 24 or 24 Hours of Le Mans, the whole point of the exercise is to stay in the hunt for the balance of the race; keep your nose (and fenders and tail) clean, limit or entirely avoid mechanical issues and be on the lead lap as the race enters its final stages so you can go for the win. With nearly half the race running after sunset, going for the win may well require a car setup that sacrifices ultimate speed in the opening hours (read “daylight”) in order to come on strong when the sun and ambient and track temperatures go down.

And, needless to say, that can all go out the window if rain comes. Spoiler alert: As of this writing, Saturday’s forecast calls for sunny skies with highs in the 50s, lows dipping into the 30s and only a 3 percent chance of rain.

Rain, shine, a little or a lot of either, the 2021 edition of the Motul Petit Le Mans figures to offer 10 hours of compelling sports car racing. If you can’t make it to Michelin Raceway Road Atlanta this weekend, be sure to catch all the action live on television, beginning at Noon ET on NBC, with continuing coverage on NBCSN, NBC Sports Gold’s TrackPass and/or IMSA Radio.