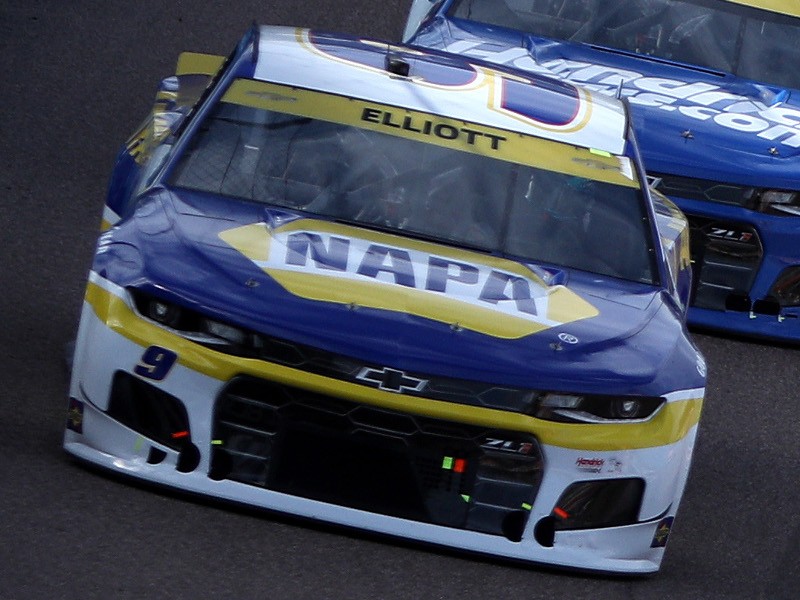 The Dawsonville Pool Room was packed to capacity on Sunday as the hometown faithful in Dawsonville, Georgia tuned in to watch the NASCAR Cup Series season finale at Phoenix Raceway.  Their hopes were high that native son Chase Elliott would be crowned as a two-time Cup Series Champion, as Pool Room owner Gordon Pirkle stood ready to sound the venue’s iconic “si-reeen.”

Instead, the siren stood silent, as the crowd watched Elliott’s teammate Kyle Larson cross the finish line with the victory at to claim the series title, dashing any hopes of a repeat championship for Elliott.

Since NASCAR Hall of Famer Bill Elliott’s first win in 1983, the Pool Room has celebrated victories by Dawsonville drivers by sounding a siren on the roof the venue.

When Chase Elliott began following in his fathers footsteps into racing, people became excited about hearing that siren yet again. And when Chase Elliott won the Cup Series title one year ago, it was a party in Dawsonville unlike any other.

And that’s what the fans gathered for again on Sunday. And with Chase Elliott having made it to the Championship 4 for the second-straight year, it was within reach.

On Sunday, Larson and Elliott combined to lead 197 of the 312 laps and put on a dominating performance over fellow Championship 4 contenders Martin Truex, Jr. and Denny Hamlin for the first three quarters of the race.

But a series of late-race cautions put Truex and Hamlin back out front, and following the final caution  with 30 laps to go and a lighting-quick pit stop, Larson was out front battling Truex, Jr. for the title, while Elliott ended up finishing fifth - last among the Championship 4 drivers.

While Elliott had been running up front for most of the second stage of the race, his title hopes were ultimately dashed by a series of slow pits stops in the final stages of the race.

“I thought our team did a really good job preparing this week. I was really proud of our group. I thought we brought a really good car and did a lot of things that we were wanting it to do today, just didn’t work out, and the sequence of the way all that went certainly was unfortunate for us,” said Elliott. “I felt like we all kind of had our moments really throughout the day. You get a caution with 20 laps to go, it’s going to be very difficult to run down and pass the guy that jumps out front in the restart.”

Having been the fan favorite to win the title last season, the disappointment of coming so close to becoming a repeat champion was palpable as Elliott climbed from his NAPA Chevrolet.

“With the way this deal is, for sure. One race — I mean, yeah, it’s going to be hard to — most of the time, your four consistent guys throughout the season are likely going to be here. You might have one guy that maybe isn’t or wins a race or something and gets in, but for the most part they’re going to be good cars,” said Elliott. “So when you get to the last race, they’re all going to run good. That’s just the way it is. Everybody wants to win.

“Those tough losses teach you good lessons. I felt like our team came into the last couple years here with a really good mindset and were mentally strong enough to go and compete for the win. That’s really all you can ask for.”