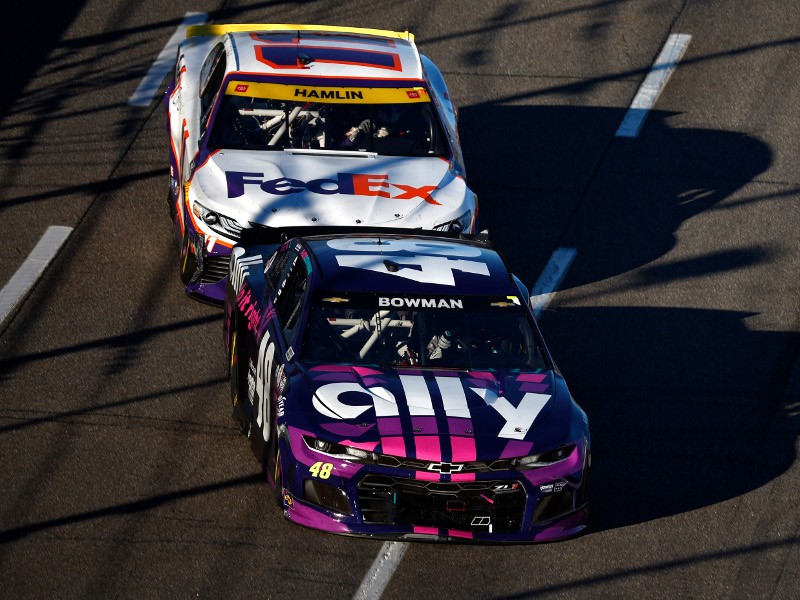 For the first time since the inception of the ‘elimination-style’ format to decide the NASCAR Cup Series championship in 2014, the trophy rites will be decided by only two teams – Hendrick Motorsports and Joe Gibbs Racing – whose founding namesakes are already esteemed NASCAR Hall of Fame members.

These two owners have 18 NASCAR Cup Series driver championships between them and for decades, served as primetime players in deciding NASCAR’s premier series’ top honors.

Meeting with the national media on Tuesday, it was very much business as usual for Hendrick and Gibbs – even if last Sunday’s final race to decide who advanced to the championship Playoff round was dramatic all the way to the checkered flag. And then some.

“To get two cars in there, I’ve got to tell you, that last 50 laps at Martinsville (Speedway), I don’t think I’ve ever experienced something like that,” Gibbs said of the last laps full-contact duel between Hamlin and Hendrick driver Alex Bowman.

Both of these most-respected leaders realize the unique storylines behind each of their title-eligible drivers.

Hendrick’s newest addition to the driver lineup, Larson, leads the series with a personal best nine-race win tally in 2021. The driver of the No. 5 Chevrolet earned his first regular season title and now has his first opportunity to race for the big trophy.

Elliott, a second-generation fan favorite since even before Hendrick gave him his first NASCAR Cup Series ride in 2016, is hoping to become the first driver to win back-to-back titles since Hendrick Motorsport’s Jimmie Johnson won five straight between 2006-10. The driver of the No. 9 Chevrolet has won twice this season.

Gibbs’ driver Denny Hamlin is making his fourth Championship 4 appearance. He fought Larson for the regular season title this year and has two wins; nearly getting a third last weekend at Martinsville before hard contact with Bowman cost him a final shot at victory. Although the driver of the No. 11 Toyota has three Daytona 500 wins for Gibbs, the veteran is still racing for his first Cup championship.

Martin Truex, Jr., 41, is looking for his second NASCAR Cup Series title, but first with the Gibbs team. He raced for his championship life last weekend at Martinsville, finishing only three points ahead of his JGR teammate Kyle Busch to claim that final championship eligible position.

Even with so much on the line for each of these drivers and teams, Hendrick was adamant this championship is much more about respect than rivalry. Both from within the team shop and on the race track Sunday, competing against the Gibbs team.

Both owners downplayed the anticipation of a rough race this weekend considering the important circumstances and national attention.

“There’s no tension among our guys,” Hendrick said. “Now, whether that will change in the race if they’re racing each other hard. … I fully expect the guys to race hard, race clean.

“I’ve been in this situation before with Terry Labonte and Jeff Gordon. I’ve been in the meetings with the teams. I say, ‘look, guys, I’m going to tell you now, if the 9 car wins, I’m going to go tell the 5 (car) guys congratulations, a great year, then I’ll go celebrate.”

Hendrick is so determined not to appear to show any favoritism, “I won’t be on the 9 (pit) box or the 5 (pit) box,” he said. “I’ll be somewhere neutral. I do think a lot about whatever happens Sunday, I don’t want to hurt the momentum we’ve got now.”

“I’m just really proud of them because it’s a great feeling to know that you’ve got an organization that’s got two guys in it and they’re going to put the best car out there and let’s settle it,” he added.

Gibbs was of a similar mindset. He said he trusted in the competitive process. And a victory for either Hamlin or Truex would be a first for them with his team. Truex won his 2017 title with Furniture Row Motorsports.

“It’s four teams, they get one race to make it happen,” Gibbs said. “So, it can come down to just one mistake in there. I think that’s part of the reason why we love it. We don’t know what’s going to happen. We’re all excited about it.

“I do think that all four of these teams, if you go this far, you qualify for that last race, just think about what you’ve gone through for this entire year. Those four teams were able to do it. Now it could come down to just one thing happening on the weekend.

“I hope all four teams have a great race day. I just hope the best team wins.”

As for these four drivers, Elliott is the defending race winner. Truex won at Phoenix this March and Hamlin has two Phoenix wins, including a 2019 Playoff race there. Larson is racing for his first Phoenix victory, but has a series best four Playoff race wins already heading to the desert.

As Gibbs said Tuesday, “We’re all pointed towards Sunday and it’s going to be a thrill.” 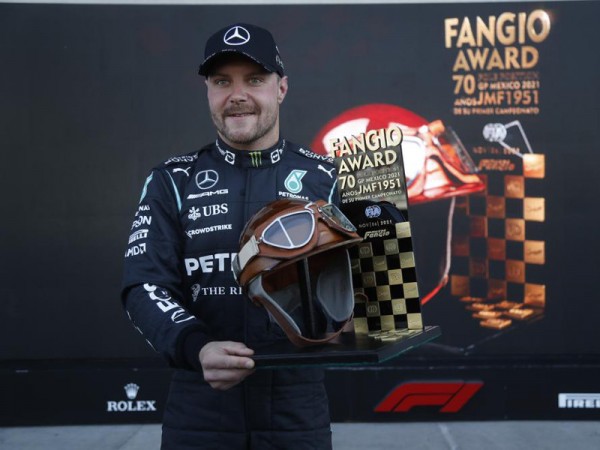 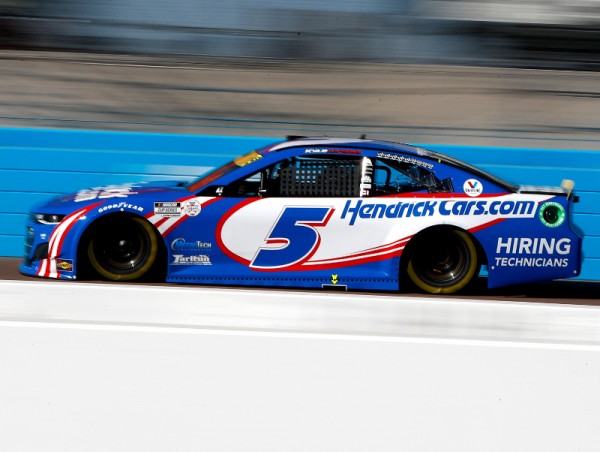 Larson fastest at Phoenix among 4 championship drivers
Kyle Larson was the best of NASCAR’s four title contenders Friday in the final practice before the championship is decided in the season finale at Phoenix Raceway. 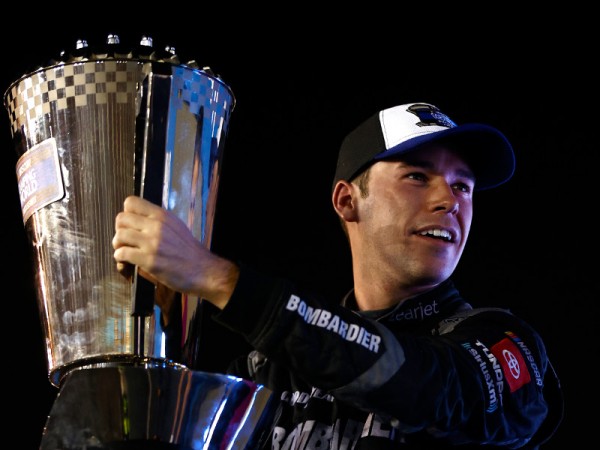 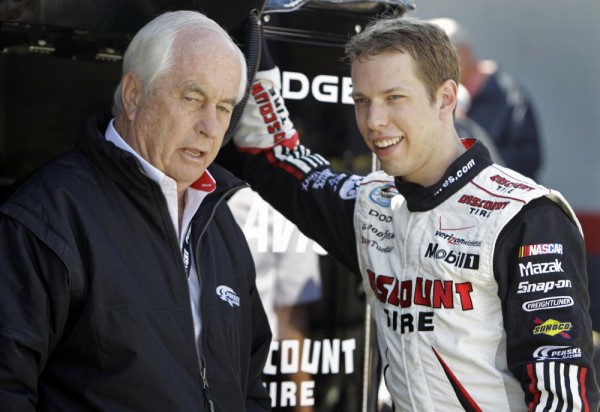 Keselowski seeks another title round in final Penske season
Brad Keselowski moved to Team Penske to become a NASCAR champion and industry leader. He achieved his first goal in 2012 when he won the Cup title, the first for... 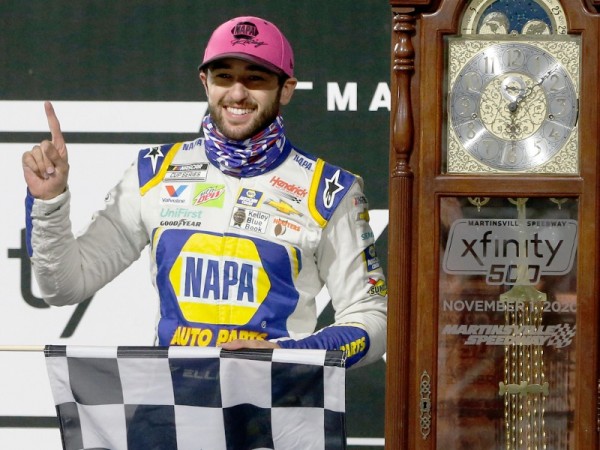 Three Cup Playoff spots up for grabs at Martinsville
No other track on the NASCAR Cup Series Playoff schedule has produced as many champions as Sunday’s venue, Martinsville Speedway, which plays host to the Xfinity 500. 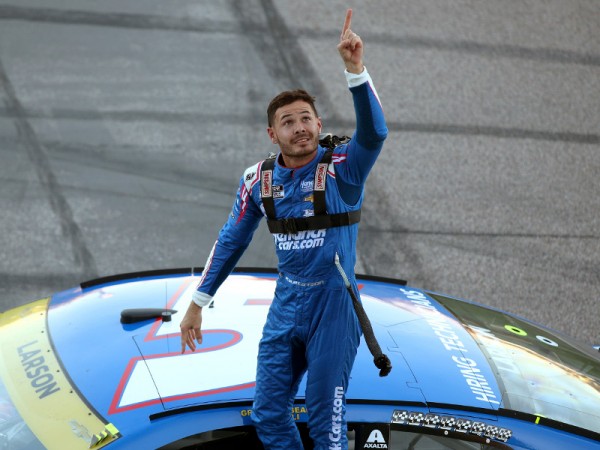 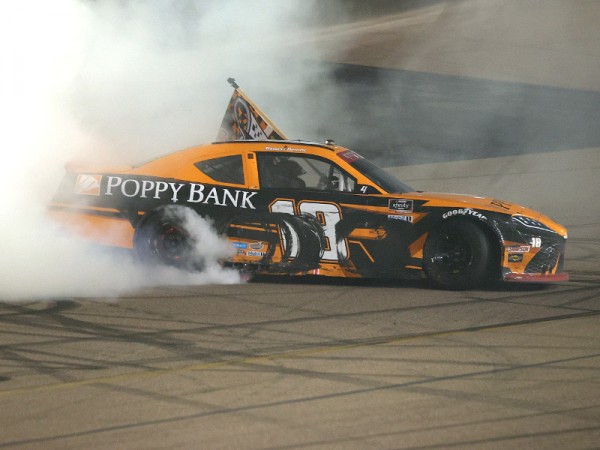 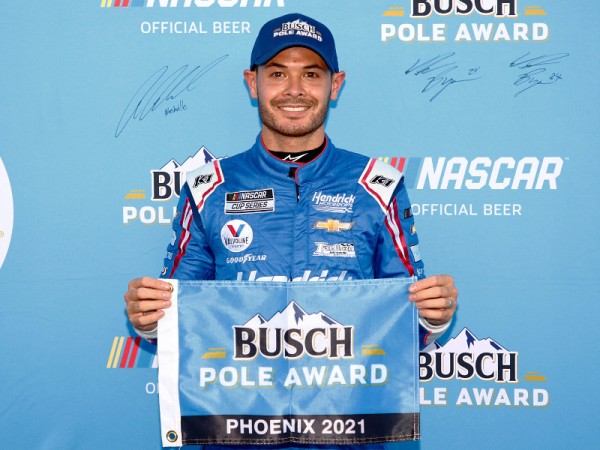 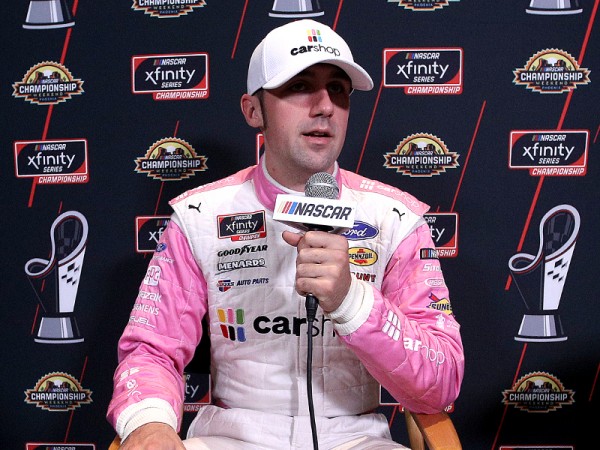