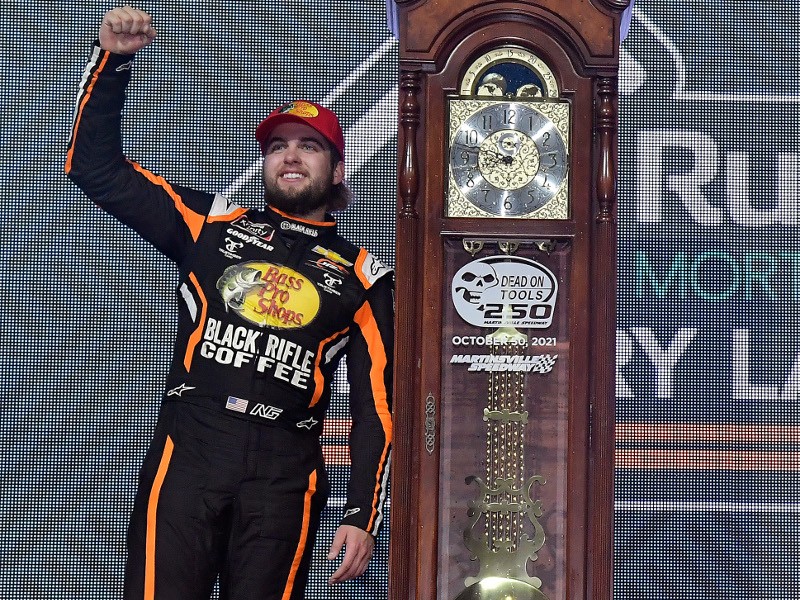 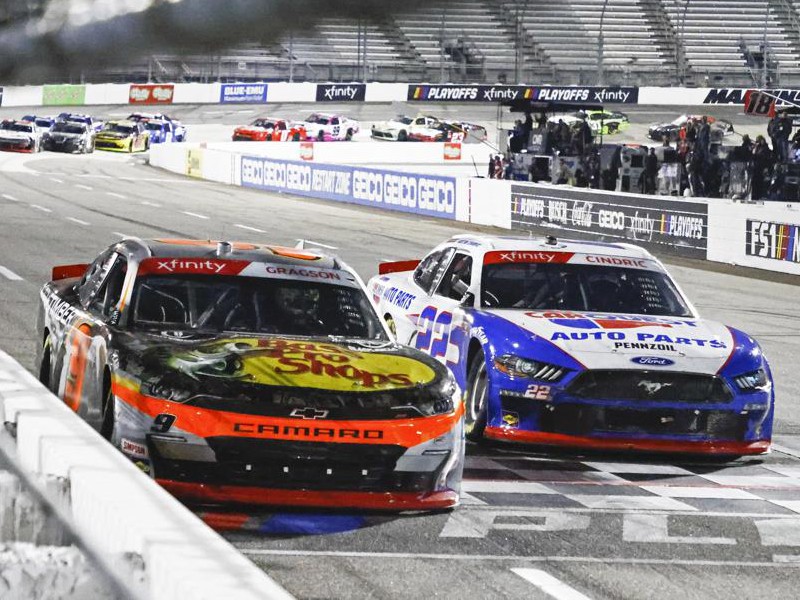 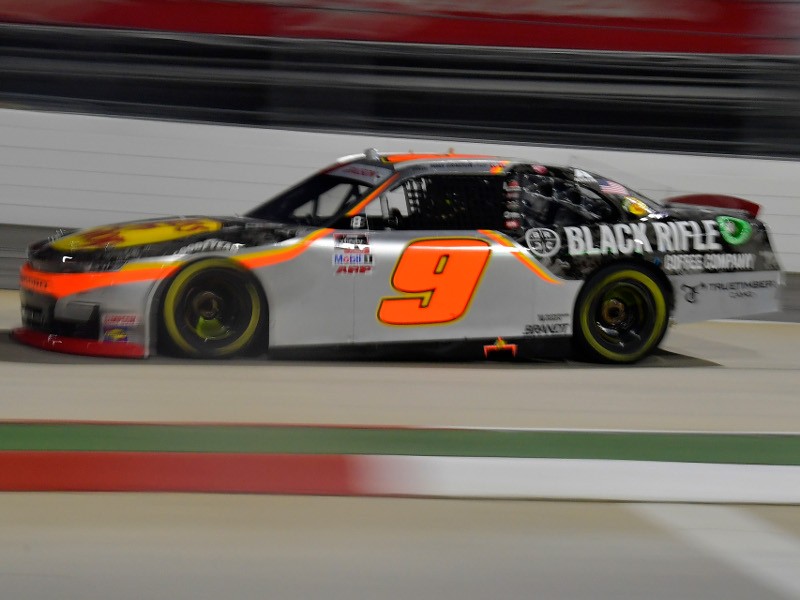 MARTINSVILLE, Va. - To get to the Championship 4, you have to drive like a champion.

That’s what Noah Gragson did on Saturday night in the NASCAR Xfinity Series Playoff race at Martinsville Speedway.

Faced with the necessity of winning the race to keep his NASCAR Xfinity Series title hopes alive, Gragson did just that, pulling off a dramatic pass of Daniel Hemric from the outside lane in the first attempt at overtime and holding off series leader Austin Cindric in the second extra period.

With Cindric’s Ford to his inside, Gragson won a drag race off turn 4 to the finish line by .064 seconds, the closest Xfinity Series finish ever at Martinsville Speedway.

Gragson, who led a race-high 153 of 207 laps, got the lead after a restart on lap 201, when he spun then-race-leader Ty Gibbs in a chain-reaction collision in turn 4. After surrendering the top spot to Hemric on lap 232, Gragson took advantage of a lap 243 caution to regain the lead on the first overtime restart.

“This team, this Bass Pro Shops team,” said Gragson, who won for the third time this season and the fifth time in his career. “It’s been a rough, rough season. We had a couple of wins there, at Darlington and Richmond. After that deal last weekend (crashing out in 35th place at Kansas), I was pretty fired up. I told my guys we still have an opportunity. We’re still in it.

“I’m just so thankful. It’s just such an awesome opportunity. My second win here at Martinsville (his first came in the NASCAR Camping World Truck Series). Get to take home another clock…This team is unbelievable.

Gragson’s victory was bittersweet for JR Motorsports. Though Gragson clinched a spot in next Saturday’s Championship 4 race at Phoenix, his victory simultaneously eliminated teammate Justin Allgaier, ending a string of three straight appearances in the final four.

“We played the safe strategy,” said Allgaier, who finished fifth and would have advanced if Cindric or Hemric had won the race. “We talked about it before the race and thought that was the smart strategy… Hats off to the 9 guys — same shop — so at least we’ve got one car going to the Playoff.”

Eliminated from the Playoff along with Allgaier were Brandon Jones (sixth), Harrison Burton (who suffered damage in a wreck with Joe Gibbs Racing teammate Gibbs and finished 20th), and Justin Haley (who fell out of the race with brake problems after completing 222 laps).

Burton’s waterloo came in the same lap 201 incident when Gragson inadvertently turned Gibbs. With no way to avoid his teammate, Burton ran into Gibbs’s Toyota and severely damaged the nose and front-left quarter panel of his Supra.

“We had a winning car today,” Burton said. “Just so many things have to go right in racing to win that it makes it challenging to do on the drop of a dime. We just had a couple things go wrong. It’s just a bummer deal that we didn’t get to show our speed at the end.

“Wish we could have won this thing. I felt like we were definitely capable of it. Our times were better than the 9 (Gragson) and he won. We just needed to show it.”