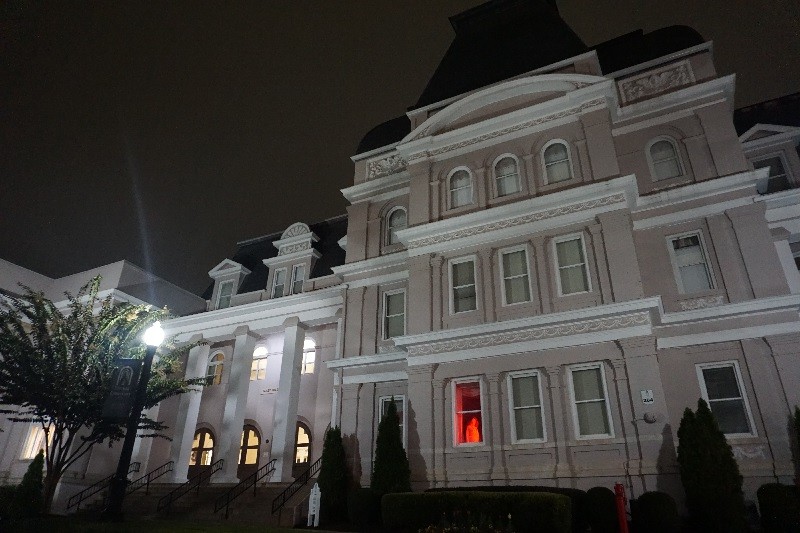 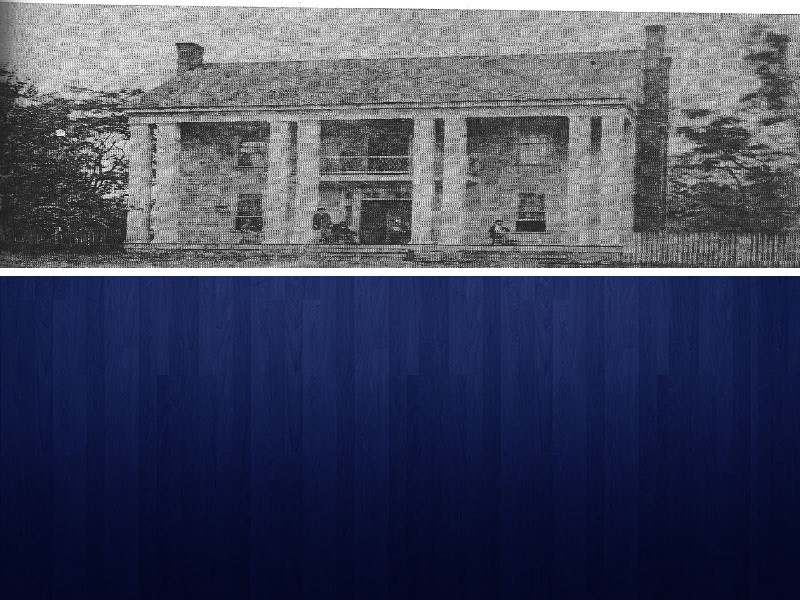 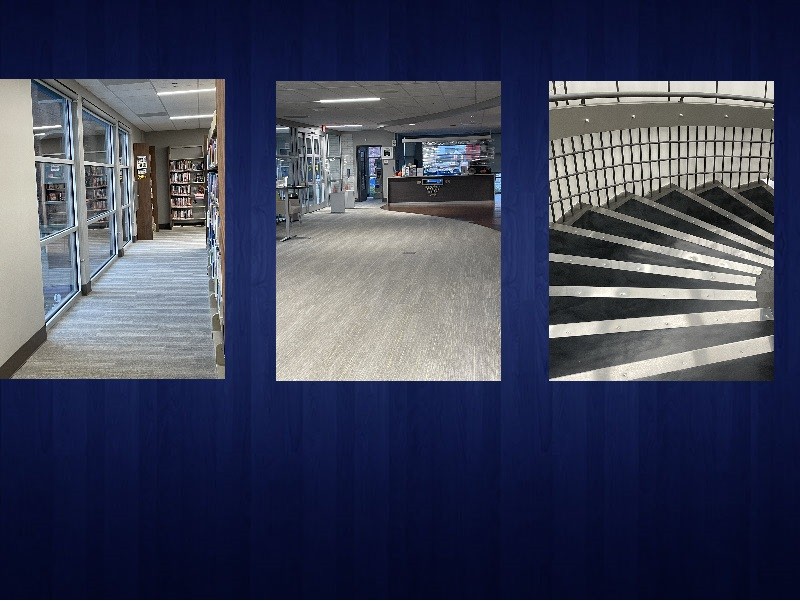 The supernatural isn’t limited to Halloween, though the spooky holiday can bring out a lot of pride in haunted places. In Gainesville, ghostly legends and mysterious sightings can be found especially at the Hall County Library’s main branch and the Women’s College at Brenau University any time of year.

Both places boast infamous ladies who haunt, childlike residents, and a host of other ghostly faces, including some that are just passing through.

At the Hall County Library main branch, the most known ghost is the Lady of the Library.

“I do know a couple of staff members who have had run ins with her from literally seeing the back of her to actually seeing her face in the window. And what we think we know about her is that she is attached to the land the library is actually on the same land that the Brown family home was in and we are we think… that that's where she's from,” said Assistant Director the system and resident ghost expert Adrianne Junius.

The Lady of the Library appears to be stuck in the 1800s, according to Junius.

“She kind of just ignores us but when she makes her presence known and when she appears, it can take some people back is mainly, from what I understand, is females that somehow have a connection to the library. The only male who is recorded to have seen her while he was in the library, his mother actually worked at the courthouse library, when the public library was in the basement of the courthouse.”

“But people only see her upstairs, mainly in the windows facing the front,” said Junius. “She's described as wearing, obviously, fashions from the 1800s. The one person who saw in the window described it as a perfect portrait face, which I always thought was very interesting.”

At Brenau, the most popular ghost story is of Agnes, a student from the 1920s. Brenau University Director of Development Programs and women’s college alumna Dawn Marie Bernhard said Agnes’ story varies depending on who you ask, but the essential elements are that she was a student who killed herself and now haunts Pearce Auditorium and the surrounding areas. Bernhard said she had several interactions with Agnes, especially while giving ghost tours while she was a student.

Bernhard also recalled brushing past someone on the balcony in Pearce and turning to find no one there, and seeing a ghostly figure captured on film as a stage was being set up for a performance.

Child or childlike ghosts haunt both places. Junius said there’s a little girl at the library, and she has made her presence known. Junius said they think she’s just a kid who loved the library. She would spend time in the children’s department office and play with the toys before the renovation, according to Junius.

“I had to move the toys to the North Hall Tech Center so we could get ready for the move. And oh, she did not like that,” said Junius. “I had a bunch of papers in a file and then I had a box on top of it and I went to lunch, I came back and in my office were those papers perfectly thrown on the floor straight. And I'm like, but there was a box on top of it. So she did not like that.

Brenau’s resident child ghost is affectionately known as Little Red. Bernhard said Red, a child, was somehow involved in the construction of Crudup and Van Hoose dormitories, likely playing at the site. He somehow died in connection to the construction, and now makes himself known in those dorms.

Despite a newly constructed library building, the ghosts that have called the main branch of the Hall County Library home are still roaming, seemingly unbothered by the recent renovation.

“Right before we moved, when we knew we're going to move to our temporary location do the renovation, we were warned by the ghost hunters and just everything that we knew that ghosts really ramp up the activity when renovations happen,” said Junius. “We were kind of bring in the Ghost Hunters a little bit more than usual and we did some EVP sessions where I know that ghost hunters told them ‘you know, they're going to be moving here, do you need to move on, what do you need to do?’ And it was just so bizarre. I was expecting a ramp up when we were moving out and the construction workers maybe be bothered and when we moved back in it would be really bad. And it was like nothing. It was complete stillness. Nothing happened.”

There are other ghost sightings, especially upstairs. Junius said sometimes ghosts at the library come and go. She described a space upstairs where the study rooms are now that has left some people feeling uneasy, or like they’re being watched. Others hang out in the genealogy department.

In the Brenau Trustee Library, a so-called haunted corner became more credible after a library worker found an orb on security footage.

“Literally you see it - it's not a moth it flies too fast for a moth. It is it is glowing and it comes across the screen and kind of hovers for a second before it shoots out of sight,” said Bernhard.

Both the library and Brenau have brought in paranormal investigators. Junius said they try to bring them in once a year to keep track of who might be in the library. Bernhard said it’s been several years since the last team of ghost hunters had visited Brenau, but paranormal investigations over the past 20 or so years showed there was a lot of activity there.

Bernhard said the ghosts at Brenau are part of the school’s charm.

“I think the most important thing about the ghosts is that we love them and they're a part of our traditions and a part of the way that we all bond with one another,” said Bernhard. “There's nothing about it that is for us really spooky or scary about them. These are just our Caspers. Our Caspers that help us bond together.”