REIDSVILLE — Dawson County split with Tattnall County on Wednesday in the two teams' second round Class 3A playoff series.

The Lady Tigers dropped the first game of a doubleheader, 3-2, before rallying for a 7-6 win in the second game to force a decisive Game 3 on Thursday.

The winner on Thursday will advance to the Elite 8 tournament in Columbus and take on the Oconee County-Pike County winner in the first round of the double-elimination round-robin tournament.

In the second game, Dawson County rallied from a 4-0 deficit to take a 7-4 lead into the final frame. The Lady Tigers held on for the 7-6 win.

“This is as tough a team as I have ever been around,” Dawson County coach Justin Rickett said. “So proud of the fight they showed today and can’t wait to see them compete tomorrow.”

In the first game, Dawson County fell behind 3-0 but a seventh inning rally fell short behind a run scoring Reece Moore double and an Ace Cochran RBI single.

Lauren Kurtz had two RBI to lead Dawson  County. Annslee Kirby, Olivia Martinez, and Moore each had two hits and an RBI for the Lady Tigers. Micah Burruss added an RBI and  Ainsley Allen also had two hits and two runs scored for Dawson County.

Layne Bailey pitched both games for Dawson County with four strikeouts in Game 1 and seven in Game  2.

(Tim Whitmire of northgeorgiasportslink.com contributed to this story.)

The Lady Tigers staved off elimination against Lanier County after being routed in the first game of their Class A Public second round series on the road.

Anna Taylor had the only hit and RBI for Commerce in Game 1.

In Game 2, the Lady Tigers' offfense exploded for a 12-run fifth inning to erase a 6-2 deficit.

The two teams' will conclude their best-of-three series on Thursday in Lakeland.

The Lady Bears for a first-ever trip to Columbus and the Elite 8 fell short on the road on Wednesday in the second round of the Class 3A tournament.

Izzy Herren took the loss for Cherokee Bluff in both games.

In Game 1, Stephanie Condland had a hit and an RBI and Sophie Goodballet and Emma Sundermeyer had one hit apiece for the Lady Bears.

In Game 2, Lauren Rule had a hit and an RBI and Condland, Clarissa McDaniel, and Sundermeyer each had one hit for Cherokee Bluff. 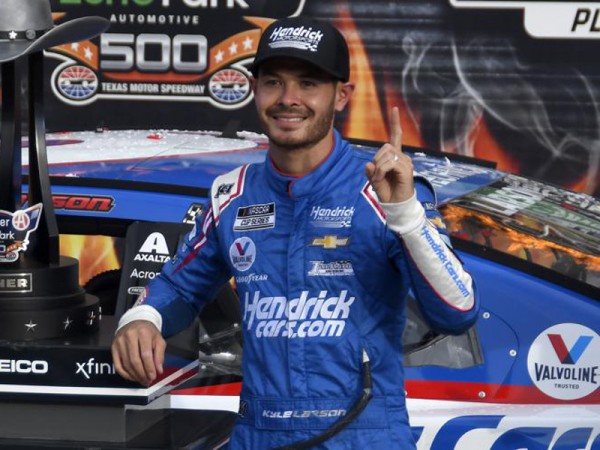 PODCAST: Hard Left Turn - Larson leads Playoff fight after Texas win
Prior to Sunday, Kyle Larson had never made it to the Championship 4 in the NASCAR Cup Series Playoffs. Now he's the favorite for many to take the title.

Softball playoffs: Area teams looking for Elite 8 spots in Columbus
Nearly a dozen Northeast Georgia area softball teams are within two wins of advancing to the Elite 8 tournament at the Olympic Softball Complex in Columbus next week...
High School Sports

Softball playoffs: Buford, Bluff, Union Co., Commerce all advance; NoFo stunned in 1st round
No. 1-ranked Buford rolled into the second round of the Georgia High School Association Class 6A playoffs on Wednesday after sweeping Kell 3-0 and 13-4 at home in the first round...
By AccessWDUN Staff