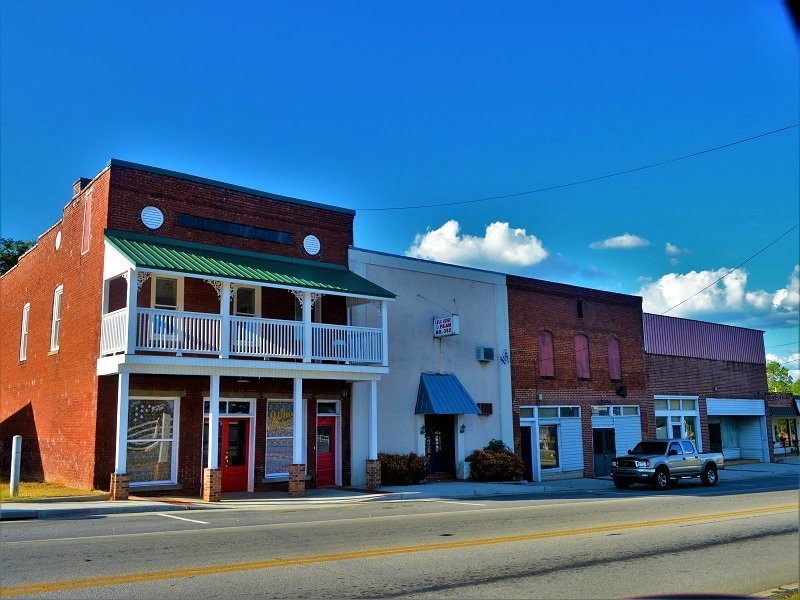 *Jim Grier is finishing his first term as mayor and says, “We had some pretty active years in 2018 and 2019.  Then the pandemic hit us…so we had to slow down a little bit, but we’ve got some things that are on the horizon that I think will be pretty beneficial to the city.”

Grier spent seven years before running for mayor serving as chairman of Lula’s Downtown Development Authority.  Combining that experience with a career in real estate and Grier is no stranger to the matters of land development.

He says development along the 365 Corridor and the arrival of the Inland Port mean Lula is facing strong and rapid growth challenges. “We know that we need to attract the right type of growth to the city,” Grier explains.

But as growth comes to Lula’s periphery Grier says what happens downtown is also important to him.  “I want to continue supporting our downtown businesses so that they can become viable and profitable,” he said.

Grier and his wife, Marilyn, are members of Gainesville First United Methodist Church, have raised five children, and now enjoy spending time with their twelve grandchildren.

*Joe Thomas knows Lula well. As a mail carrier for the U.S. Post Office Thomas is in daily contact with the people of Lula and spends hours each day seeing firsthand what is happening on the roads and street of the dual-county city that sits in both Hall and Banks County.

Thomas said he moved to Lula 32-years ago when he married his wife, Patti, who was born and raised in the Lula area.

When asked why he decided to run for office, Thomas replied, “I’m dissatisfied with the way the city communicates with the people about what’s going on in the town.”

“I said, ’Something needs to change here’, so I decided to go ahead and run for mayor,” Thomas explained.  “People in town have said that I need to run and fix those problems.”

Thomas said his biggest challenges so far in seeking office have been finding time to campaign since he works full time for the post office, and the fact that since he is a federal employee he is prohibited from campaigning while on the job.

Thomas also sees the growth headed up the 365 Corridor and is cautious.  “I want to control the growth a little bit…and I want a minimum lot size of half-an-acre so we don’t get crowded and on top of each other.”

Thomas added that he wants to work to take truck traffic away from the downtown area.  “I’m developing a plan…to get some federal and state funds and work with the railroad and create a truck route…and bypass Lula…and keep them off the tracks downtown.”

“And what I’d really like to do is term limits,” Thomas said in closing.  “The ideas they (current city leaders) have are stale – they’re not progressive enough for what Lula is doing.”

*Marvin Moore joined the Lula City Council in 2015 as the result of a special election.  He then ran unopposed for re-election in 2017.

Moore says he welcomes a challenger for the District 2 seat.  “I’ve said a lot of times we need more interest (from citizens), so this is it.  I’m proud we’ve had interest to the point of running.”

Moore was raised in Clermont before moving to Lula in 1990.  He worked for over thirty years for General Motors and commuted daily to his job in Doraville.  He is now retired.

Moore sees growth as the top issue for the future of Lula.  “I know a lot of the citizens in Lula don’t really want our little town to change, but it’s gonna change.  So I just want it to be good growth,” he said.

“You can’t control growth but you can make sure it’s good growth, and in the areas of the city where it needs to be.  That’s my biggest thing.”

Moore is a member of Lula First Baptist Church, has been married to his wife, Barbara, for 41-years and has two sons and four grandchildren.

*Denise Shockley has never run for public office before, but she feels her time has finally come.

She explains that after attending her first city council meeting, “I listened, and started going to them regularly after that and listening to everything that was going on.  So I thought I’d just run for office and so I can get in there and figure exactly what’s going on.”

Shockley spent much of her working-life witnessing nearly a full generation of Lula’s children grow and attend Hall County schools as she worked as a bus driver for the district.   “When I got married at 18 I moved to Lula…and raised my kids there.  When my youngest was born I went to driving a school bus.”

What led her to throwing her hat into the political arena?  “I think a lot of people have concern on the transparency of what’s going on; that’s the feel that I’m getting from everybody,” she said.

Shockley said her position on growth in Lula might be unique.  “I don’t want to see it become Gainesville.  I live there because it’s small. We don’t mind driving…we still want to be small.”

*Mordecai Wilson is one of the oldest elected officials in the United States.

Born in Ohio in 1925, Wilson spent time serving in the South Pacific Theater with the U.S. Navy during World War II.  His professional life was spent counseling troubled teenagers in Boston, Massachusetts, but he retired to Lula, the birth place of his wife, Elizabeth, in 1996.

“I thought it was my duty to her to come down here,” Wilson said.  “She helped me to grow and make a living in Boston, so I said ‘Okay’.”

Wilson ran for and was elected to the Lula City Council in 2001.

“What I would like to see is that the city grow and expand and give an opportunity for every citizen here to have better choices and better working conditions, better education, better recreation and an environment where parents can raise their children,” Wilson said in a telephone interview last week.

Another thing Wilson hopes to see accomplished is solving the issue of trains blocking the city’s railroad crossing.  He has expressed concern that emergency responders might not be able to reach their destination if unable to cross the railroad tracks.

*Gene Bramlett is also a newcomer to politics.  The retiree proudly states that he once owned a full-service gas station where attendants offered to ‘check under the hood’ before cleaning your windshield.  He later worked in the construction industry and managed a convenience store.

“I believe in controlled growth,” Bramlett said in a recent phone conversation.  He said he has a strong interest in preserving some of Lula’s historic buildings.  “I’d like to keep the small town the same.  We do not have a lot of acreage in the City of Lula itself.”

Bramlett said he will do all he can to keep Lula as a city that does not impose ad valorem taxes on property owners.  “I want to keep it that way,” he said affirmatively.

White House details plans to vaccinate 28M children age 5-11
Kids aged 5 to 11 will soon be able to get a COVID-19 shot at their pediatrician’s office, local pharmacy and potentially even their school 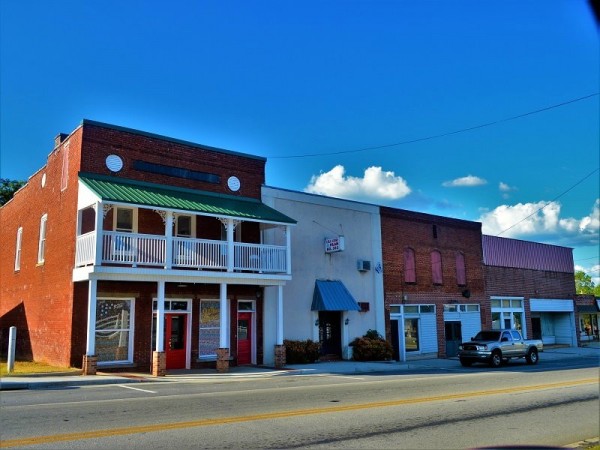 Contested races in Lula see newcomers challenge for leadership roles
Three races are in the spotlight for Lula voters on November 2nd: the mayor’s position and two city council seats.

Lula residents invited to give input on public park uses
Lula may be a small city, but the city has four public parks for its residents to enjoy and city officials could create more park space in the future. First, though, elected leaders want some input from city residents.
By B.J. Williams 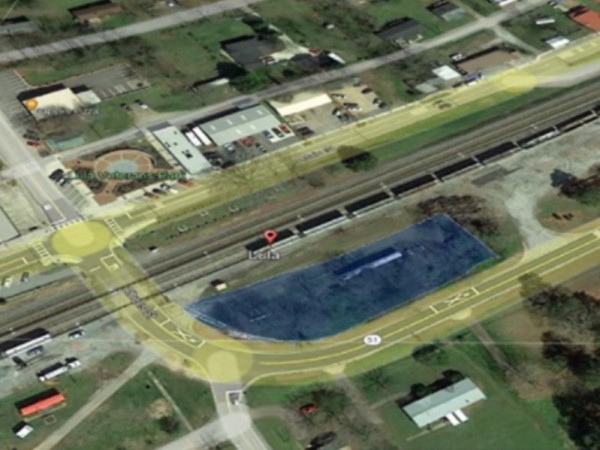 Lula council members, mayor set to get pay raise
According to Lula City Manager Dennis Bergin, the mayor and members of the city council haven't had a raise in their base pay since 1982.
By B.J. Williams 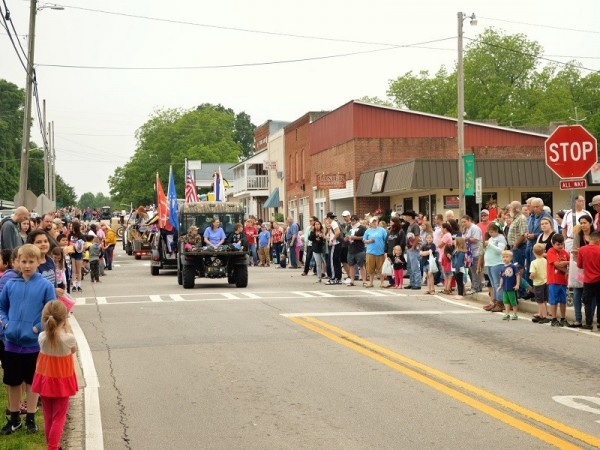 Lula ready to bring back Railroad Days after COVID upended 2020 event
Slowly but surely, communities around North Georgia are getting back to a new normal as COVID-19 cases decline across the region. In the City of Lula, that means bringing back Railroad Days, a decades-long festival that was cancelled last spring as the pandemic struck.
By B.J. Williams