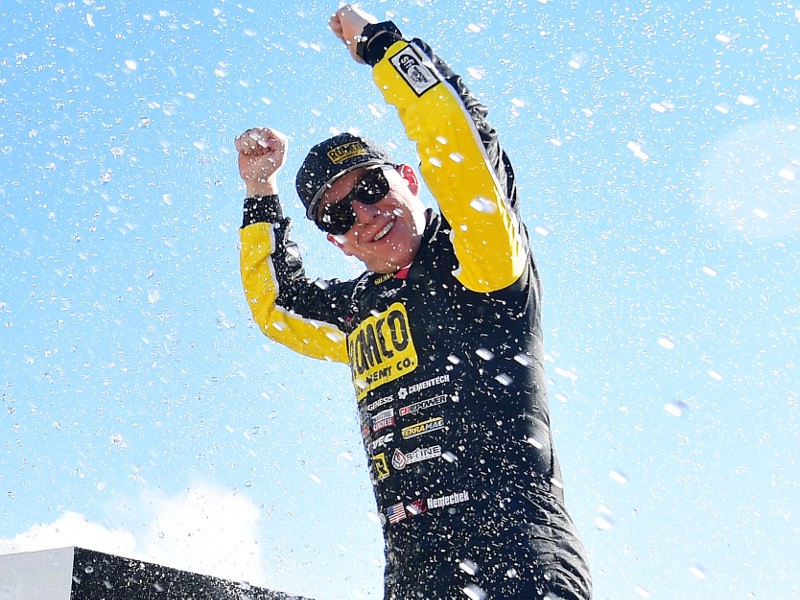 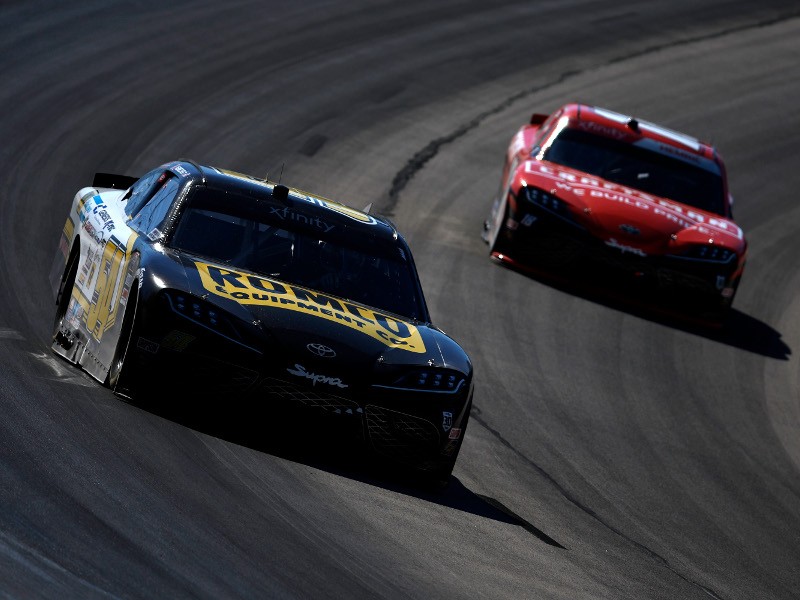 John Hunter Nemechek came back from a late race pit penalty to rally through the field and take his second career NASCAR Xfinity Series victory Saturday at Texas Motor Speedway – the first of three Playoff events that will set the Championship Four field for the season finale.

Nemechek, whose full-time job is contending for a NASCAR Camping World Truck Series championship, is the third different driver to win an Xfinity Series race in the No. 54 Joe Gibbs Racing Toyota joining Kyle Busch and Ty Gibbs – the trio combining for nine wins in 2021 in assorted part-time starts.

Nemechek’s victory by .956-seconds over Joe Gibbs Racing teammate Daniel Hemric marked the third win in four series Playoff races by a non-Playoff driver this season. It was the second Xfnity Series win in Nemechek’s career – the other coming at Kansas Speedway in 2018.

A penalty during a pit stop – due to a crewman coming over the wall too soon – took Nemechek from the lead to 18th position for a restart with 51 laps remaining. Far from crushing his hopes, it motivated Nemechek and his team.

During a pit stop on the 10th and final caution period with 28 laps remaining, Nemechek’s team called for a two-tire change while the rest of the contenders took four tires. The strategy put him on the front row for the re-start, where he navigated his way forward and re-took the lead for good with 20 laps remaining.

“(Spotter) Stevie Reeves and (crew chief) Chris Gayle kept me calm,” said Nemechek, who led a race best 92 laps on the afternoon. “I’ve grown a lot as a driver and been put in positions like that in the truck series as well.

“Man, I can’t say enough about this whole team. The 54 has been fast every single week. My goal coming in was to win. I had to win to prove to myself I can do this.”

It marked the third runner-up finish for Hemric this season and the 10th of his Xfinity Series career as he races for his first career victory. He was the top Playoff driver on Saturday.

“They just made a really good call to take two (tires) there, obviously,” an understandably subdued Hemric said of Nemechek, adding, “Congratulations to those guys. We just weren’t quite good enough (to catch him).”

The JGR Toyotas pushed forward and started racking up the laps led. Nemechek won Stage 2 and primarily exchanged the lead with Hemric for the remainder of the race. The exception was a bold pit move – defending Texas winner Harrison Burton (also a JGR driver) opted not to pit on the last caution and led six laps before Nemechek overtook him and held the lead until the checkered flag.

Allmendinger was sixth, followed by Justin Haley, Burton, Michael Annett and Brandon Jones. All eight of the Playoff drivers were among the top 10 with Nemechek and Annett the exceptions.

The sixth-place finish for Allmendinger was good enough to keep him atop the championship standings by four points over Cindric. Allgaier is third, 26 points back and Gragson is fourth.

Despite his runner-up effort, Hemric is fifth, two points behind Gragson. Hailey is sixth (-6), Burton (-21) and Jones (-32) round out the Playoff standings.