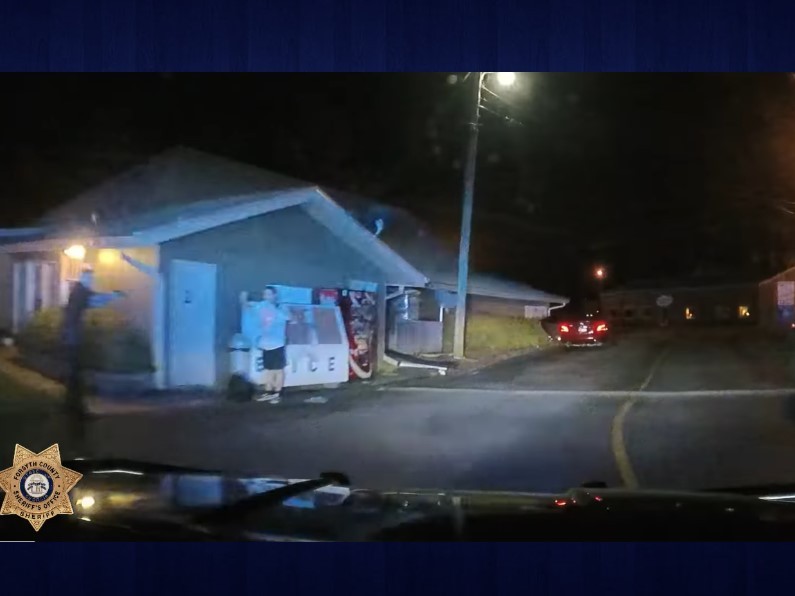 A car had to be pulled out of Lake Lanier after its driver led deputies on a wild chase through Forsyth County last Saturday.

The pursuit began when a car was clocked going over 90mph heading north on GA-400. The vehicle refused to stop for deputies, leading them on a high-speed chase.

The Forsyth County Sheriff’s office released videos from the dashcam of the Sheriff’s deputies’ vehicles that were in pursuit. The driver of the vehicle, 18-year-old Edward Anthony of Alpharetta, can be seen driving erratically, going across lanes, and one point even driving on the wrong side of the road.

Anthony got off exit 16 at Bald Ridge Road, continuing at a high speed and breaking through the gate at the Marina. Without putting the car in park, the driver and passenger both jumped out of the vehicle, leaving the car rolling across the parking lot.

The car rolled slowly towards the lake, clipping another vehicle before going into the water and sinking to the bottom.

One of the occupants of the vehicle immediately stopped and put his hands up to surrender to authorities. The other individual ran but was quickly found hiding under the deck of the marina office, thanks to assistance from the K9 dog Ivo.

The car had to be towed out of the lake and deputies learned it did not belong to either of the men in the car, but rather was borrowed from a friend.