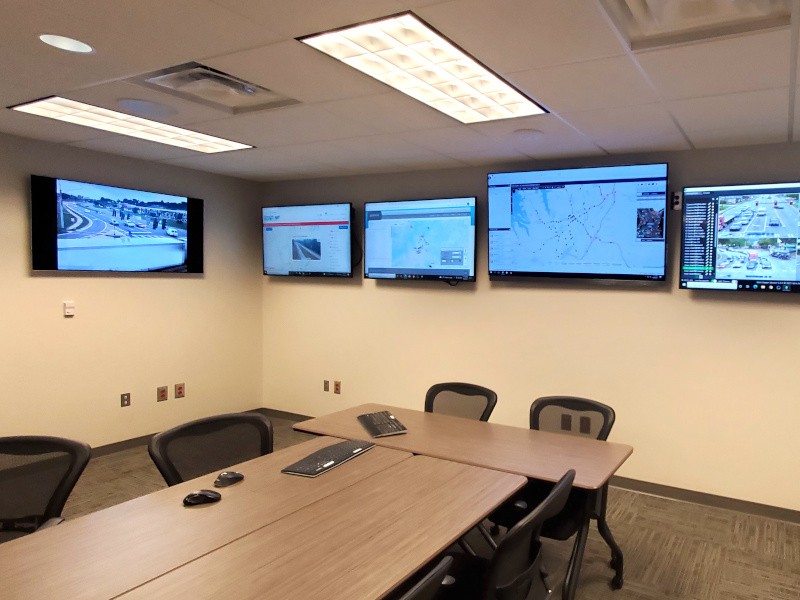 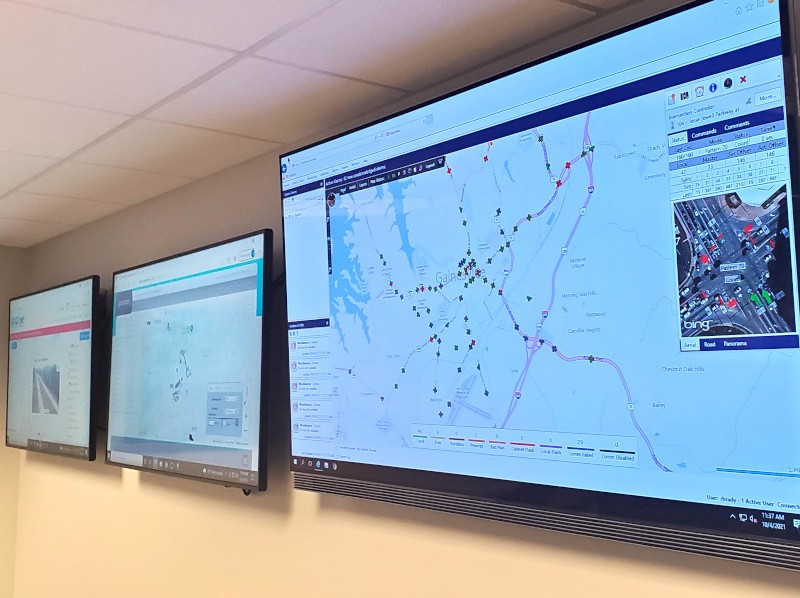 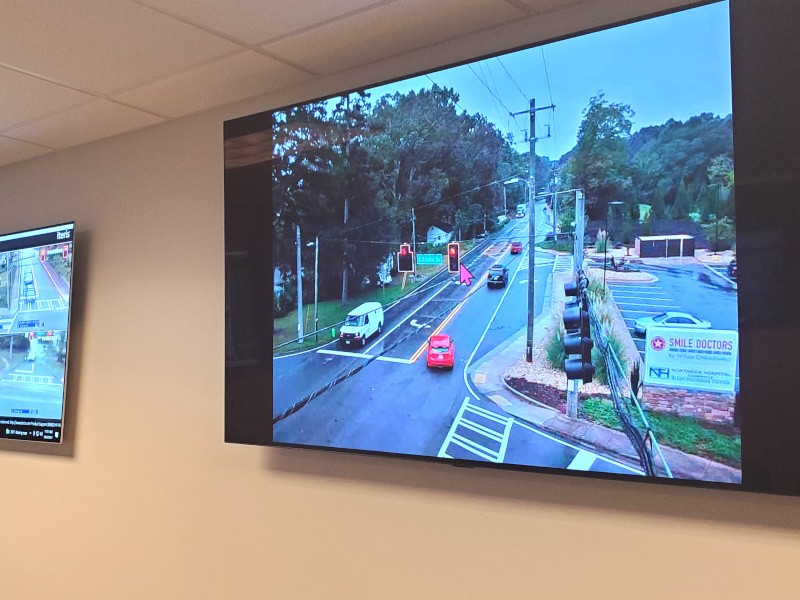 A technology-filled room inside the City of Gainesville's administration building on Henry Ward Way known as the Traffic Operations Center might look minimalistic, but the reality is public works employees can access and adjust nearly every major intersection in the city on one of the room's many monitors.

While the TOC and its associated software first got up and running in 2018, Chris Rotalsky, director of public works with the city, said the technology has improved over time.

"We started out with just a couple of TVs, and then added a couple of other monitors," Rotalsky said.

The software also originally started with 22 intersection video feeds, while Rotalsky said that number is now closer to 50.

Several pieces of software work in collaboration with each other at the TOC to give transportation officials the ability to remotely improve the flow of traffic and adjust traffic light timings when needed.

"What this allows us to do is obviously monitor what is happening throughout the transportation system, but also from this we can then begin to coordinate corridors so that those individual intersections aren't functioning by themselves," Rotalsky said.

Rotalsky showed AccessWDUN a monitor which gave an overall look at every controllable intersection in the city. Upon clicking an individual intersection, those in the TOC are able to see what the traffic lights at an intersection are currently displaying.

The timings for traffic lights can be adjusted remotely at the TOC and signals at multiple intersections can also be coordinated in the event of an accident or other roadway incident.

Rhonda Brady, transportation engineering manager for the City of Gainesville's Public Works department said timings are routinely adjusted about once a month, outside of emergency situations.

Another high-tech portion of the TOC involves traffic cameras. Rotalsky showed WDUN a traffic camera at a major intersection in the city which displayed rectangles around vehicles that were stopped at the intersection.

"Those blue boxes literally indicate that there are vehicles in those positions within the roadway," Rotalsky said. "That gives our system knowledge of, there are three or four vehicles stacked here. So that can affect the timing. It uses AI to pick up a lot of that."

Rotalsky said he is often asked whether the cameras record footage, however, they do not.

The system also incorporates the Glance system, which Rotalsky said allows firetrucks or ambulances to automatically turn a traffic light green in the direction they are heading.

"It's one of those unseen things that people don't know about," Rotalsky said. "It's real important because obviously we want to let them respond to emergencies as quickly as possible."

Rotalsky said traffic volumes have increased in the time since the City of Gainesville first started using the TOC.

"Our community is growing, and it's a very vibrant community, but with all of that growth also comes more traffic," Rotalsky said. "A system like this allows us to improve our efficiencies, and to improve the efficiency of our system, and maximize how we move that traffic through our community."