Mazda DPi team trimmed down, hyped up for Rolex 24 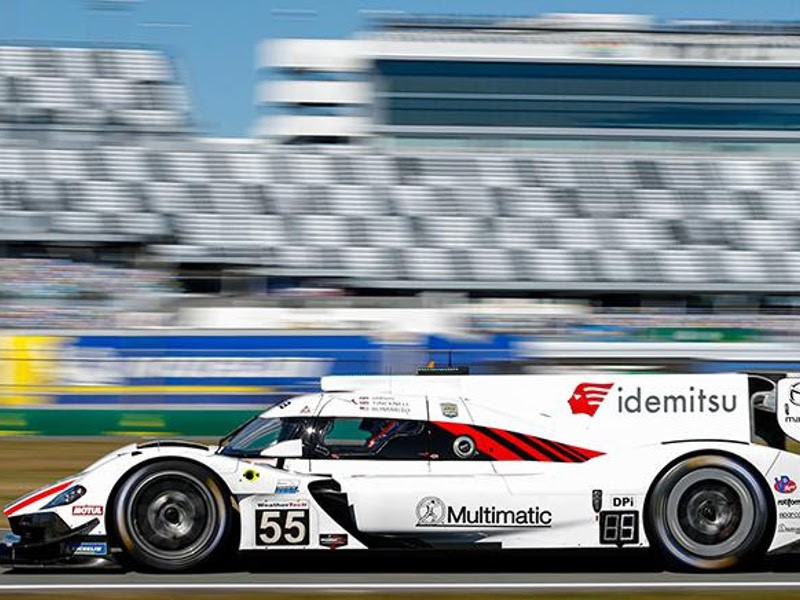 It’s half the team it used to be, but that doesn’t mean it’s any less capable of winning the Rolex 24 At Daytona.

Mazda Motorsports is down to one entry in the Daytona Prototype international (DPi) class for the 2021 IMSA WeatherTech SportsCar Championship season, but it has recent history on its side. The No. 55 Mazda RT24-P won the 2020 season finale — the Mobil 1 Twelve Hours of Sebring – and its sister car finished third at Sebring and second in last year’s Rolex 24.

All of which leads to optimism.

“I feel like we’re in a really strong place,” said Harry Tincknell, who will co-drive the No. 55 with Oliver Jarvis and Jonathan Bomarito in the Rolex 24 this weekend. “I feel like there’s a quiet air of optimism around the whole team, whether it’s mechanics, engineers or drivers. I’m very excited.”

While confident, the Mazda drivers and crew are aware of the strength of the other six DPi entries – four Cadillacs and two Acuras.

“We’re optimistic, but we haven’t been underestimating our competition,” Jarvis said. “We’ve got some seriously strong drivers and teams out there. We’re just focusing on our job at the moment. If we do everything right, then hopefully we’ll be in a position to fight for the win come Sunday morning.”

Mazda Motorsports pared its DPi participation to one car for 2021 while it considers participating in the LMDh class, which will replace the DPi category as the WeatherTech championship’s top prototype class in 2023.

In the interim, scaling back isn’t necessarily a bad thing. More hands are on one car, and more people are honed in on the No. 55.

“There really aren’t that many personnel changes,” Tincknell said. “From that side, we have a lot more eyes focused on just one car. That’s a real positive. Hopefully, we’ll see the fruits of that.”

So far, Acura, Audi and Porsche have committed to LMDh. Mazda drivers are hopeful they’ll be joining the new class as well. Until they know the answer, Mazda’s three drivers are committed to making their single DPi entry a success at Daytona.

Optimistic enough that the team bypassed Thursday night’s practice session, other than an installation lap after the car’s race engine was installed following the afternoon practice.

There was a single, one-hour practice on Friday for teams to make final adjustments. Loic Duval set the pace in DPi with a lap of 1:35.085 in the No. 5 Mustang Sampling JDC-Miller Motorsports Cadillac. John Farano led in Le Mans Prototype 2 (LMP2) at 1:36.448 in the No. 8 Tower Motorsport ORECA LMP2 07. The No. 62 Risi Competizione Ferrari 488 GTE, with Alessandro Pier Guidi at the wheel, topped the GT Le Mans (GTLM) class at 1:42.584. Jeroen Bleekemolen was fastest in Le Mans Prototype 3 (LMP3), with a lap of 1:43.072 in the No. 91 Riley Motorsports Ligier JS P320. Franck Perera put the No. 19 GTR Grasser Racing Team Lamborghini Huracan GT3 atop the GT Daytona (GTD) speed chart with a best circuit of 1:45.583.

Live coverage of the 24-hour race begins at 3:30 p.m. ET Saturday on NBC. After the first hour, the flag-to-flag coverage moves to NBCSN, NBC Sports Gold and the NBC Sports App before returning to NBC on Sunday at 2 p.m. for the conclusion. Complete IMSA Radio coverage may also be found at IMSA.com, RadioLeMans.com and SiriusXM Radio.