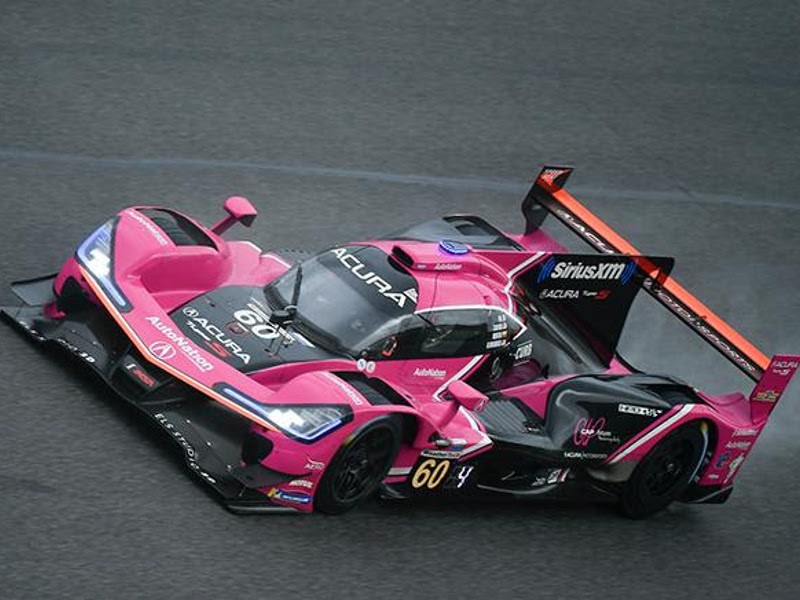 Dane Cameron and Juan Pablo Montoya moved to a new home for the 2021 IMSA WeatherTech SportsCar Championship season, and they brought along an old and trusted friend.

Thing is, that No. 60 is the same car that Cameron and Montoya used for much of last season, when it was the No. 6 Acura Team Penske. In this case, familiarity didn’t breed contempt. It brought speed.

“A.J. was quickest there, and Juan was good on his running in that last session, so we’ve been making some good progress,” Cameron said. “We were a bit off in the morning and kind of pounding the racetrack. The guys were pretty flat out in the gap in between (sessions) to make some changes. We’re still learning quite a bit about the car. We seemed to find a decent spot there.”

“I felt we were a little lost this morning and we made some good changes,” the two-time Indy 500 and three-time Rolex 24 winner said. “And in the last practice the car seemed to find some good speed. Normally when it’s cold conditions, the car seems to like that, so we’ll see what it brings. We’ve still got to execute the race and see what it brings.”

Cameron and Montoya brought their knowledge of the Acura from three seasons in the Daytona Prototype international (DPi) machine with Team Penske to Meyer Shank this year. Cameron will pair with Olivier Pla for all WeatherTech Championship races in the No. 60. Montoya will join them for the IMSA Michelin Endurance Cup events, with Allmendinger on board for the Rolex 24.

Having been down this road before in the Acura’s development, Cameron said he and Montoya serve as a sounding board for the team’s engineers on what has and hasn’t worked in the past.

“Really, for Juan and (me), it’s been more of trying to guide them,” Cameron said, “and letting them know if the feeling is right, the feeling is wrong and just keep them pointed in the right direction.”

Pla, who drove a prototype for Meyer Shank in 2016 when the team won the Motul Petit Le Mans, has been absorbing as much information as he can take in from the experienced Acura duo.

“Both of them have been great with me, helping me to learn the car, to understand the car,” Pla said. “They have got so much experience with this car, so I rely a lot on them, actually.”

Other class leaders after the three sessions were:

A final one-hour session starts at 11:20 a.m. ET Friday. The starting grid was determined last Sunday in the Motul Pole Award 100 qualifying race, won by the No. 31 Whelen Engineering Racing Cadillac DPi to earn the overall pole position in the 49-car field.

Live coverage of the Rolex 24 begins at 3:30 p.m. Saturday on NBC and carries overnight on other NBC Sports platforms including NBCSN, TrackPass on NBC Sports Gold and the NBC Sports App. The broadcast returns to NBC at 2 p.m. Sunday for the race conclusion. Flag-to-flag IMSA Radio coverage is also available on IMSA.com and RadioLeMans.com.